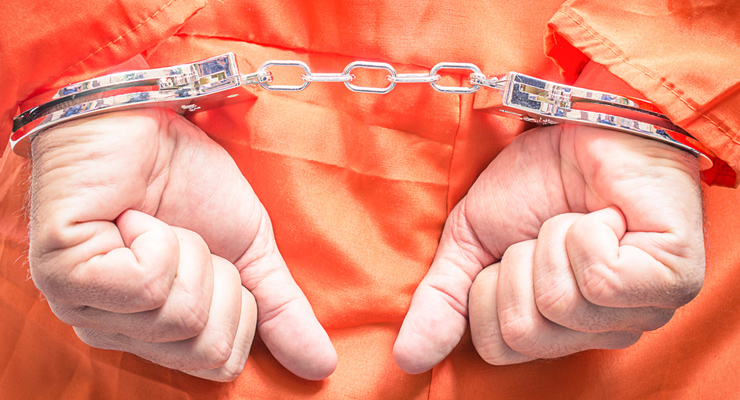 I bailed out on Monday night after a jail guard showed up and told me that I was to “pack up my stuff.” For a moment I thought I was being released because of jail overcrowding – which was a real issue in the Hamilton County Jail. Three people were commonly put into two person cells, forcing one to sleep on the floor. A situation that I imagine was more uncomfortable in the cell block Ademo was housed in since they were locked down for 20 hours each day.

I was transferred from the B block to the E block and when I asked why the guard told me he didn’t know, but that it was straight from the captain.  I walked into E and went to cell 605, where both bunks were occupied, and realized I was supposed to sleep on the floor. No matter which way I decided to sleep my head was going to be no more than 5-6 feet from the toilet which shocked me. I wasn’t even given a “boat” (a plastic tub that is provided to inmates) to sleep in instead of on the concrete floor.

I needed to think so I decided to take a shower. Often times while in a cage the shower is one of the only places you can escape from the rest of the population. While I was in the shower I decided that I wasn’t going to sleep next to the toilet, it just wasn’t worth it. Granted toilets in cells are usually cleaner than the communal toilet; nevertheless, I wouldn’t walk on a jail floor without shoes on, let alone want to bed down next to any toilet.

One of the dudes in my cell was a guy I had hooked up with a call a day or two before, he needed to arrange to have someone there to pick him up, so I was able to have him call out on my behalf to my girlfriend. He relayed the message and quicker than I expected I was on my way out. Ademo’s bond was paid as well, unbeknown to me, but he refused to bond out at that time. The guard was confused but told him she would let the bondsman know. Apparently its rare that someone voluntarily chooses to stay in their cage after the doors are opened. Probably 30 minutes after I left my cell I was on the outside heading to the Indiana CopBlock founders place to get some grub, update everyone with the information that I had available and start compiling information for the the phone calls I would be making the next day.

If they had left me in the meager comforts of my old cell block I would have been content to sit in jail. I had a decent bed (jail wise), wasn’t sleeping next to the toilet (in my old cell block the toilets were separate from the sleeping areas) and had communication “privileges.” I was starting to connect with a couple of decent people who I passed the time with. I wouldn’t say I was “happy” but I was content to rot away in the meager comforts that I was enjoying. In fact Ademo and I had already made up our minds that we could easily last until Thanksgiving. In my opinion that would’ve been significantly more uncomfortable for Ademo but I hadn’t realized his living conditions until he was released.

I feel a little bit “yellow” for not sleeping one night next to that toilet, especially after Ademo had just spent a week living in a 2 man cell only being allowed out for 4 hours a day. After I bonded out, I started to get down on myself. Even though Ademo and I weren’t in the same cell we were both leaning on the other for support while in jail. The fact that we were both in there together made it easier and when I left I felt like I took away some of that support. My feelings were confirmed when later the following day Ademo decided to bail out too stating, “it’s just best if we’re both in or both out.” A conclusion we came to after I spent the day gathering more information about our case and talking with lawyers.

Nevertheless, this only means that Plan A didn’t work and that we’re moving on to Plan B. We’re planning a weekend of CopBlocking in Noblesville, IN this weekend and you’re more than welcome to join us – see event here. Until then, we’ll keep you posted as we start the process of filing motions, FOIA request and more to rid ourselves of these bogus charges.

Catch up on the Noblesville case with the videos below.

Afterthoughts of the Noblesville Police Interaction

Who Are They Protecting?

Ademo and I Turn Ourselves In by Chalking the Police Station Again.