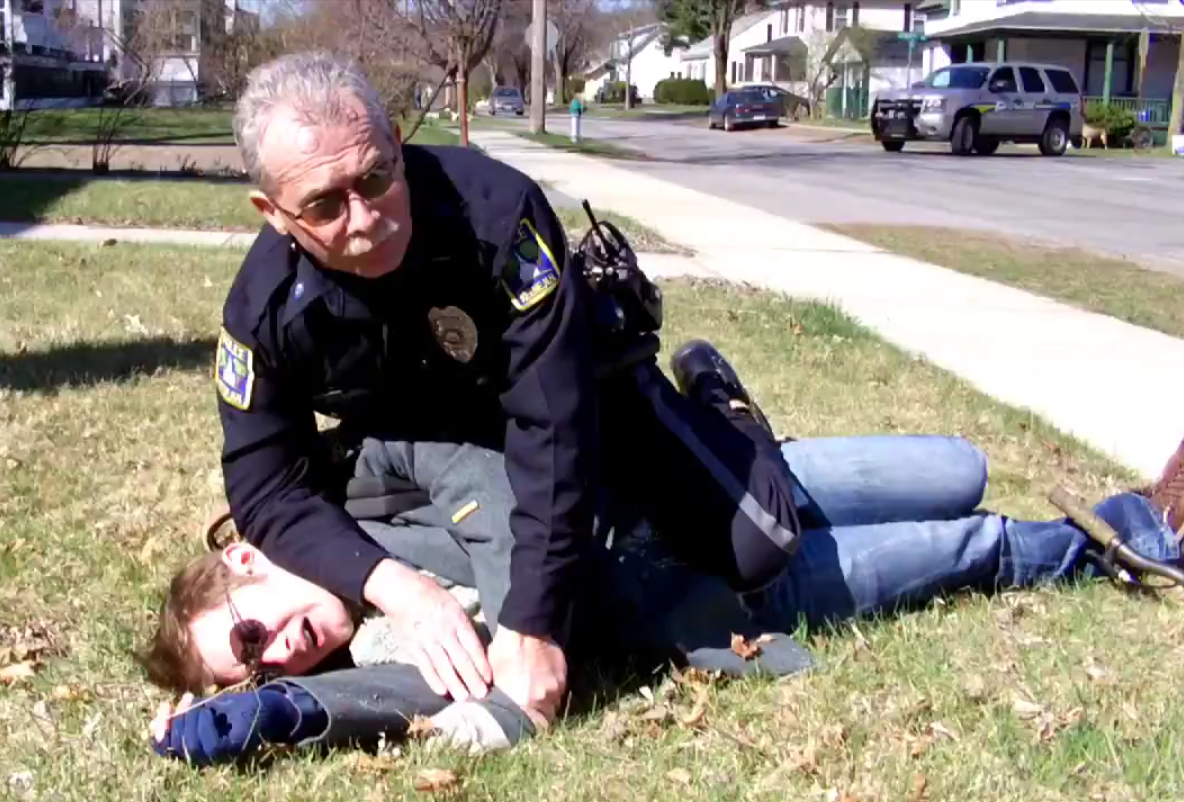 The video below shows background, the incident and the follow-up, of the exchange. It was completed thanks to the collaboration of many of Derrick’s friends and the editing talents of Beau Davis.

Support Derrick by subscribing to his YouTube channel and donating via WePay. Stay tuned to CopBlock.org & FreeKeene.com for updates.

Have thoughts or questions for Fintan Moore? Talk with him in-person:

Derrick is right now caged at the Cheshire County Jail. Feel free to call and question those who are actively keeping him caged:

Derrick’s slated to be “arraigned” on Monday, April 2nd, 2012 at Keene District Court. He’s threatened with “resisting” and “violations of bail.”

Will Moore do the right thing and apologize? While there be any repercussions for his actions? What might help mitigate such incidents from even occurring?

For another perspective on the incident, read Derrick J Freeman Unlawfully Arrested from Cecelia over at LadiesInKeene.com, who asks “Question of the day: When do you tell them no? How many people do they have to hurt before people stand up and tell them no more?”