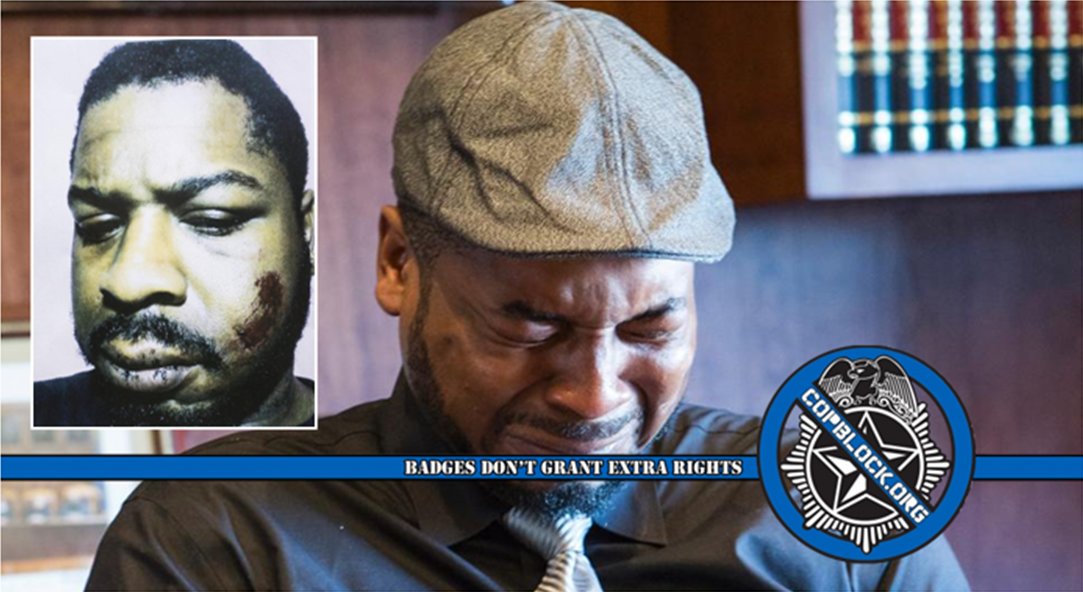 A New York man says he was pulled over 20 times by NYPD officers before being beaten on Oct. 21 in retaliation for unknowingly giving directions to man that was about to kill two cops last year.

26-year-old Karim Baker says everything started when he was approached by Ismaaiyl Brinsley on Dec. 20 at Willoughby Ave. and Taaffe Place – and the man asked him for directions to the Marcy Housing projects in Brooklyn.

“He never met him before,” Baker’s lawyer, who has filed a notice to file a lawsuit against the department, Eric Subin said. “Never seen him before and he innocuously said, ‘Can I get directions to the Marcy Houses?’”

Baker says he had no way of knowing that Brinsley was about to kill Detectives Rafael Ramos and Wenjian Liu when he helped him out, and maintains he was having problems with his cell-phone so it took some time before cops were able to track him down to ask him about the conversation – which was captured on surveillance video.

Baker said he told officers that there was nothing unusual about the way Brinsley acted and asserted that he was “just a guy asking for directions.”

Subin says Baker thought the matter was resolved but little did he know that he was about to undergo months of harassment and ultimately an assault.

The lawyer says things escalated last month when Baker – a postal worker – was pulled over in Corona, Queens and charged with “resisting arrest, criminal possession of a controlled substance, obstructing cops, and parking within 15 feet of a hydrant.”

Police claim that Baker refused to show ID, smelled like marijuana, and “resisted arrest by flailing his arms and wrestling” with the officers – but the man denies that he had any drugs on him and said he was legally parked when he was brutalized.

Baker suffered facial lacerations, scrapes, and a busted lip as a result of the attack and was taken to Elmhurst Hospital for treatment.

Police deny that they have been harassing Baker and say they conveniently don’t document car stops in which motorists are neither arrested nor summonsed. They maintain they had no issue with Baker because he cooperated with their investigation of Brinsley.

“Twenty times in a year is a lot of times to be pulled over and never issued a summons,” Subin said. “This is our strongly held theory. It’s too much of a bizarre coincidence not to hold water.”

Subin filed a notice on Tuesday in Queens Supreme Court in preparation of a state lawsuit that will be brought forth in the coming weeks. The NYPD claims they are investigating the circumstances of Bakers arrest and beating.