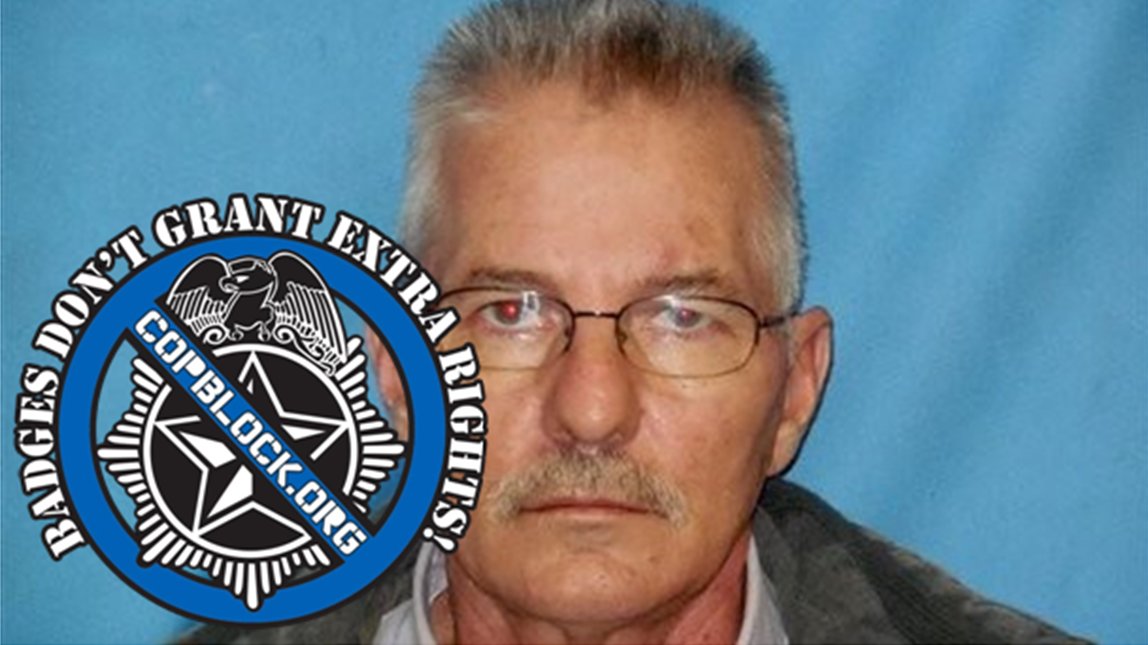 A police officer in England, Arkansas has been charged after admitting he lied when he claimed he was shot in the chest during a traffic stop last month.

Sgt. David Houser had claimed that a Hispanic man pointed a .40 caliber semi-automatic handgun out the window of his vehicle during the stop on Oct. 24 off Highway 15.

Houser said in police reports that he was able to push the gun away as the suspect was firing – and the round grazed his bulletproof vest and was possibly deflected by a pen.

The lie triggered a man hunt and police searched the area for a silver SUV that they believed may of had bullet holes in the passenger side. No suspect was ever found.

On Tuesday, the Arkansas State Police announced that they found evidence “contradictory to Houser’s initial statement,” and said the Sgt. “admitted that he had fabricated th[e] whole thing” after being taken into custody.

“It’s every chief’s worst nightmare to get a call that your officer has been shot or involved in a shooting,” England Police Department Chief Nathan Cook said. “To investigate and find out it’s self-inflicted just puts a whole different spin on it.”

Houser was charged with filing false police reports and was released from the Lonoke County jail before 10 a.m..

“He’s obviously got some personal issues he’s dealing with,” Cook said. “Obviously he needs some help to have fabricated a shooting incident and to shoot yourself and claim you were shot at by someone who doesn’t exist.“

This isn’t the first time that a cops lie to cover-up his own malfeasance prompted a manhunt.

In September, a Millis, Massachusetts police officer was proven a liar after investigators say he “fabricated” a story about his cruiser being fired upon and catching on fire to hide the fact that he wrecked.

Police responded by ordering residents to stay in their homes, and local schools were placed on lock-down while a search was launched for the “suspect” that included a SWAT team, K-9 officers, and a Massachusetts State Police helicopter.

No suspect was found.

After an investigation, police said they concluded that the officer made up the shooting story and fired at the cruiser himself to make it appear that he had been shot at.