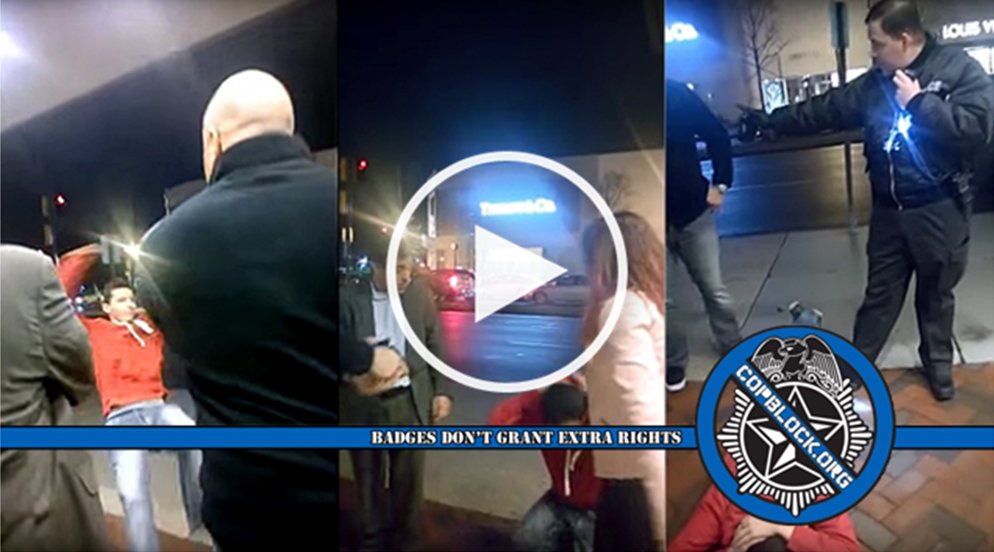 An FBI chief caught on video shoving a teenage boy was convicted of second-degree assault last week after a jury acquitted him of a more serious first-degree assault count and a gun charge.

Agent Gerald Rogero – who serves as a chief in the FBI’s counter-terrorism division – was off duty and in plain clothes outside a high-rise apartment building in Chevy Chase, MD where he was visiting a friend who was expecting to pick up her 1-year-old daughter from her ex-husband on Dec. 5, 2014.

The girl’s father arrived late with the child and the cell-phone video shows how tension quickly rose after the father walked into the apartment building’s lobby, child in hand.

“You’re already two hours late,” Rogero can be heard saying before the father gives the girl to the child’s mother. The man then walks outside where his girlfriend and her children are – and is followed by Rogero, who tells him he had been disrespectful by showing up so late.

Moments later, Rogero can be seen turning to someone in the small crowd and saying, “You’re going to get yourself locked up, so don’t act so stupid.”

At this point, the 15-year-old son of man’s girlfriend walks up to Rogero and has words with him before the FBI chief is seen shoving the teen violently to the ground.

“You’re under arrest,” Rogero says after the teen courageously pops back up from the sidewalk. “If I have to shoot you I will. Don’t make me shoot you.”

Rogero can then be seen wrestling around with the teen before drawing a firearm and ordering him on the ground.

Watch the raw footage (shove occurs at around 1:55):

It is unclear if the boy, his mom, or her boyfriend knew Rogero was an FBI Agent, but even if they did, the bullies behavior was still uncalled for – and a jury in Montgomery County court agreed – but arrived at a split verdict.

After five hours of deliberation, jurors maintained that Rogero had acted illegally when he improperly shoved the boy but was within his rights to pull a gun out of his ankle holster after they began wrestling.

On Tuesday, a court session was held to set a sentencing date and argue whether Rogero should surrender his weapons. Circuit Judge Steven Salant said Rogero could keep his firearms and that he will seek a sentence that will allow the chief to remain on duty at the FBI.

Rogero’s sentencing date has been set for Jan. 20.