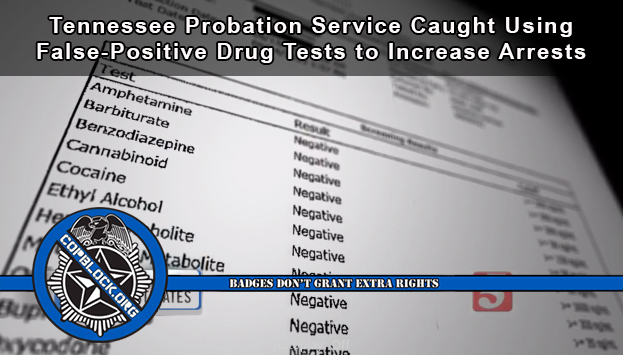 The for-profit probation company, Providence Community Corrections, is in the middle of a class action lawsuit after being accused of running an extortion scheme rigged against the poor in Rutherford County, TN.

According to the lawsuit, PCC has allegedly used tactics such as adding fees and violations arbitrarily to extend probation time and even using false-positive drug tests in order to maximize profits and incarceration at the expense of those who are unable to pay.

One of the individuals victimized by PCC, Stephen Gibbs, a disabled man who has no choice now but to live in a motel room with his wife, told local News Channel 5 that his situation originally started out as a simple misdemeanor charge for driving on a suspended license. When he wasn’t able to afford to pay his fine, he was put on supervised probation with PCC. Gibbs informed the local news outlet that he had brought money every week to the probation office in order to attempt to pay his fines but they told him it wasn’t enough.

“Because I didn’t have the money to pay, she said ‘I’m going to drug test you then.’ I said, ‘Go ahead. I ain’t done nothing,'” Gibbs stated.

Gibbs insisted he isn’t a drug user and had just undergone a drug test at his pain clinic which came back negative.

When the drug test results came back from PCC however, the paperwork showed that he tested positive for marijuana. His probation officer then promised him a warrant for his arrest.

Lawyers soon got in contact with Gibbs and immediately sent him to get another drug test from an independent company. When the test results came back the next day, they showed that Gibbs had tested negative on everything.

“It seems strange that he would have a clean test, then a failed test, and then a clean test. And the only one he fails is the one administered by PCC,” Attorney Jonathan Cole stated.

Cindy Rodriguez, another one of the victims involved in the lawsuit, showed local News Channel 5 several receipts for hundreds of dollars in payments made to PCC, which of course were pointless as the for-profit company kept adding on more fees. She was finally served a warrant for her arrest after not being able to keep up with the additional fees that PCC was stacking on.

“I mean, it’s in black and white, I still owe what I started with a year later,” Rodriguez stated. “When you are trying to pay something off and they just keep stacking fees on you, it’s impossible.”

Following the allegations of corruption, PCC released this statement:

“Providence Community Corrections’ mission is to encourage people to complete their probation successfully per the terms set by the courts, and while we have not yet been formally notified nor had time to review this case, what we can say is that in each of the states we serve, we steadfastly comply with the laws governing the probation system.”

Anyone who has gone through the probation process in Rutherford County before or knows someone who has would recognize this statement as an obvious lie.

It is commonly known in Rutherford County that once people get stuck in the probation trap, they could be stuck in it for years, losing several thousand dollars and even their freedom in the process.