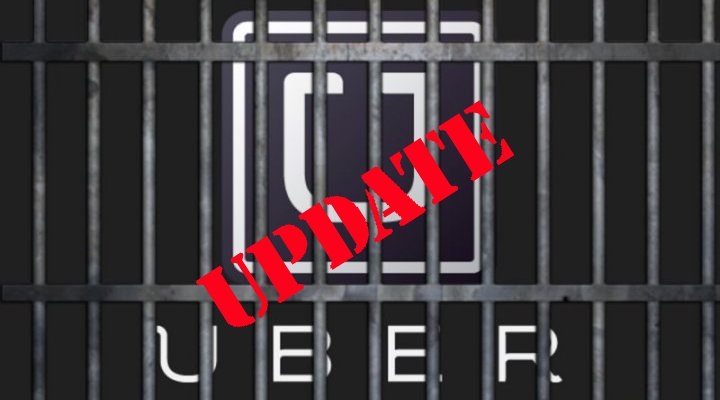 The City of Portsmouth,

New Hampshire, under pressure from several taxi companies, recently banned Uber from operating in the city, threatening to fine and arrest any drivers who continued to operate. The first citation was issued to Stephanie Franz, a 63-year-old grandmother and school bus driver. Christopher David started the Free Uber campaign to protest the ban.

On one occasion, David was giving rides in Portsmouth to bar patrons seeking a safe ride home when he was confronted by a bouncer employed by Daniel Street Tavern. The bouncer attempted to bully David into ceasing his work, who in turn recorded the incident. It’s important to note here that David was in his own vehicle at the time, and both parties were on a public street with no expectation of privacy. Nevertheless, the bouncer called the police and decided to press charges of a class B felony for wiretapping, resulting in a warrant being issued for David’s arrest, which Dover police served at his residence.

This is a clear attempt on the part of law enforcement to silence activism protests against the anti-Uber ordinance. Over the last several weeks, Free Uber activists have covered the town with flyers calling out the mayor, city council, and heads of crony cab companies for their efforts to ban Uber in Portsmouth. This arrest warrant is a clear attempt to silence Christopher David for spearheading the Free Uber campaign. Unfortunately, his partner and (as of yet) unborn son will have to suffer.

UPDATE: David has decided to turn himself in, and hopes to be out on bail in time to witness his son’s birth.

FreeUber.org founder Christopher David was released on personal recognizance today after turning himself in at the Portsmouth Police Department. Activists plan to protest the continued harassment of Uber drivers tonight, and Shire Dude will be livestreaming this protest.

Expect updates every hour, on the hour.