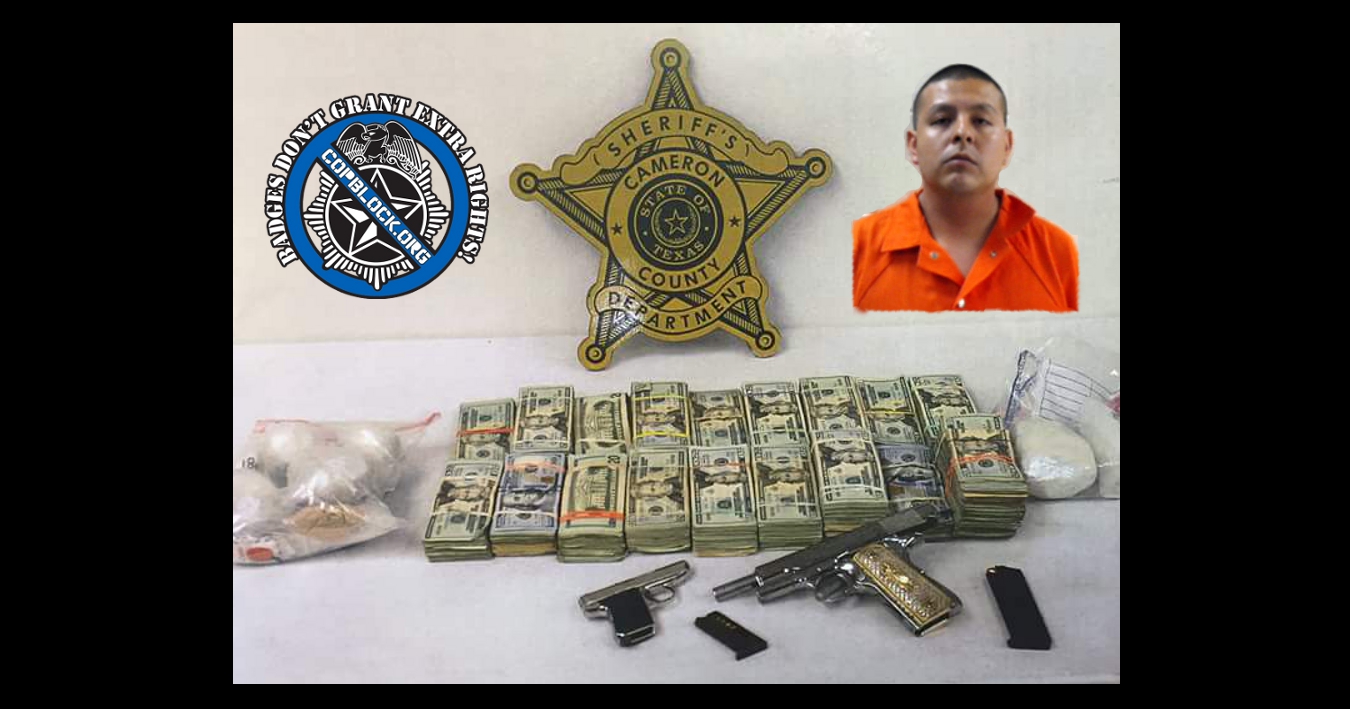 Joel Luna, a Border Patrol agent from the Brownsville area in Texas, was arrested by deputies with the Cameron County Sheriff’s Office yesterday on a murder charge. In addition to the murder charge, Luna faces charges of possession of a controlled substance, tampering with physical evidence, and engaging in organized criminal activity.

Texas Rangers, Customs and Border Protection agents, and members of the High Intensity Drug Trafficking Area (HIDTA) program assisted the deputies in his arrest. Agent Luna had been with the Border Patrol for six years, working out of the checkpoint at Hebbronville.

The murder charge relates to a decapitated body that was found in Laguna Madre Bay last March. That body was subsequently identified as Jose Francisco Palacios Paz, who worked at a nearby auto shop. In June, police arrested Eduardo Luna Rodriguez, Fernando Luna Rodriguez, Nestor Manuel Leal, and Aaron Rodriguez Medellin, all of whom worked with Paz, in connection with the case. Additionally, Eduardo Luna Rodriguez and Fernando Luna Rodriguez are brothers of Joel Luna. All four of them face charges of murder, two counts of tampering with physical evidence, and engaging in criminal organized activity. They are currently being held without bail, although Luna has not been officially fired from the Border Patrol and is instead on administrative leave. (It’s not clear if he’s still being paid or not, at this point.)

According to Cameron County Sheriff Omar Lucio, the discovery of a safe containing more than 2 pounds of cocaine, $89,000, three pistols, 17 grams of meth, and his Border Patrol badge at the home of Luna’s mother in law prompted the arrest. the Sheriff also stated that they believe the murder was associated with the Gulf Cartel, a Mexican drug ring believed to be one of the oldest and most far reaching of the cartels.