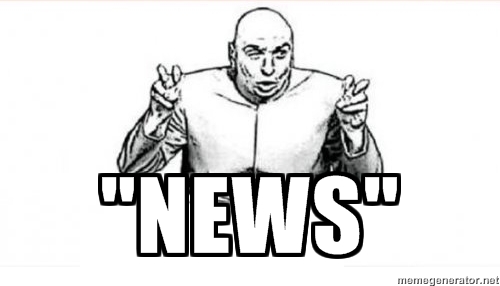 Let’s face it, if you’re browsing this site, you have probably pulled your head out of the clouds. Chances are, your eyes are open and you are aware of the massive problems surrounding today’s police tactics. You are not alone. Most of us in this situation are unable to turn on the news without our blood boiling.


The news will say and show you just about anything to keep the status quo. In the case of 17-year-old Deven Guilford, I was disgusted to watch a news anchor on HLN discuss his recent interest in the police state and his rights as if it was some indication of guilt on his part.

For those not aware of that situation, Deven flashed his lights at an oncoming car because it’s headlights were in his eyes and he assumed them to be the car’s high beams. The car happened to be a police officer who immediately pulled him over. In Michigan it is illegal for your headlights to strike the eyes of an oncoming driver, so the officer in-fact committed a crime. The officer then tells Deven that his high beams were not on and his lights are just bright. Turns out the officer had done the same to 3 other drivers before Deven and was well aware of the issue. The news anchor made no mention of these facts. I wanted to scream.

How many times do you see news stories that glorify people who perform their job exactly as outlined by the job description? In the case of one profession, the police, it happens far too often. The public relations campaign is relentless. They often use tactics like pulling at your heartstrings and if they can incorporate a cute kid, you better believe they will. Recently I saw a story in the dreadful trending column on facebook posted by a mainstream media outlet that I personally didn’t think was newsworthy. The story was about a young child at a football game that wanted autographs from the officers, not the athletes. It was the perfect fluff piece for a heavy-handed PR campaign.

The news media used to be a very powerful force in this country. Richard Nixon once said, “The American people don’t believe anything until they see it on television.” since the rise of the Internet, stories are reported on very differently than they once were. Narratives are much harder to control, stories harder to spin. We also now know of the CIA’s role in the media under Operation Mockingbird. Mockingbird is now far from a conspiracy theory and is more or less confirmed as true. Everybody remembers Brian William’s faux pas regarding whether or not he was on a military flight that received enemy fire. How anyone could trust him after that is difficult for me to understand.

Today, the media still has much influence over people who are not so accustomed to using the Internet and people who are convinced that the television is the most reliable source of information on earth. That is why the media tells people that there is a war on police when there is really no data to back that up, they listen and believe it to be true. Lamar Odom gets headlines, and people like Deven Guilford barely get mentioned. There is no war on police only a war on your mind.