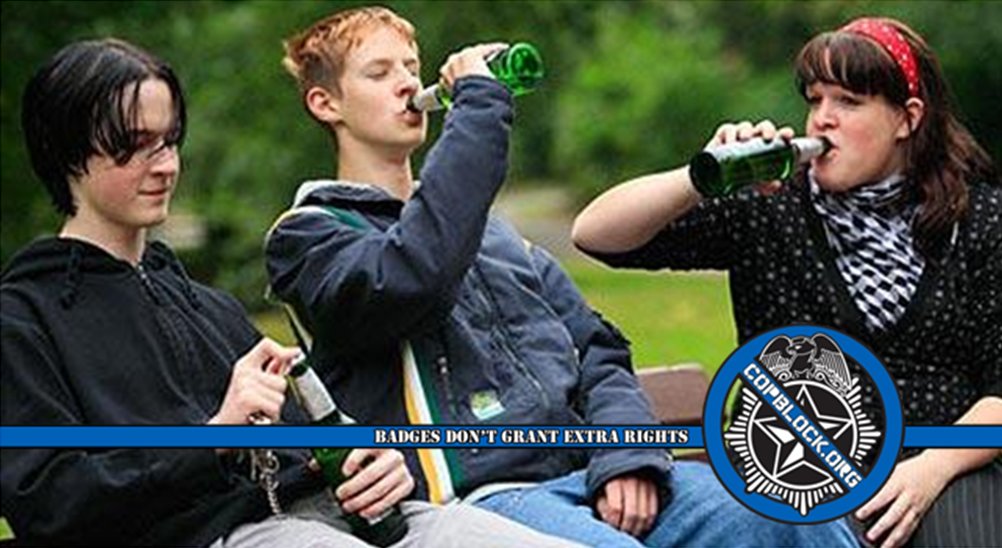 A newly purposed ballot measure that would lower the legal drinking age to 18-years-old in California has been cleared to collect signatures, California Secretary of State Alex Padilla announced at the end of last month.

Padilla said the initiative would reduce the amount of federal highway funds the state receives totaling roughly $200 million dollars annually for not complying with the National Minimum Drinking Age Act of 1984.

While that act did not outlaw the consumption of alcoholic beverages by those under 21 years of age in and of itself, it did essentially punish every state that refused to by withdrawing such funds.

In other words, if states don’t agree with an arbitrary rule set in Washington for when adults can drink, the age old federal tradition of robbing you and then sending some of that money back to your state government (after taking a cut ofcoarse) will cease, and the money will be kept. Sounds kind of uncivilized doesn’t it?

While states will lose federal funding, if approved, the measure would lead to an increase of state and local tax revenues from the sale of alcoholic beverages to the tune of several million dollars each year, Padilla said. – Not to mention, it would mean increased sales revenues for businesses like restaurants, which would help stimulate the local economy.

Interesting to note is that the initiative is another example of “states rights” in action – a concept usually derided as being “racist,” even by individuals that unknowingly support it when it comes things like states legalizing marijuana in the face of federal drug prohibitions.

To the contrary however, the process of nullifying federal laws at the state level (states rights) has a robust tradition of fighting oppression and was even used as a bulwark against the federally legalized institution of slavery by northern states prior to the Civil War.

The California measure has until April 26, 2016 to collect 365,880 signatures in order to qualify for the November 2016 ballot, where voters will be able to decide its fate.

“This is about equal rights,” the man who brought forth the initiative, Terrance Lynn, said. “Eighteen year olds have nearly every burden and privilege of adults… except the right to drink alcohol. This is a misguided aberration from 1984 that should be corrected.”

For this blogger, the issue is one of where you think the locus of control should be? Should it lie with the feds? The states? Local communities? Or individuals and their families? Yes it is important, within the current statist system, to decentralize power and decision making as much as possible – but ultimately, “states don’t have rights, people do.”

Jeffery Tucker points out in his essay, Repeal the Drinking Age, that “in the 19th century… the regulation of drinking and age was left to society, which is to say families, churches, and communities with varying sensibilities who regulated such things with varying degrees of intensity.”

How did we ever manage to get by without the wise edicts of federal overlords declaring at what age it is appropriate to drink? It must have been anarchy!

Really, it is only because we are somehow used to it that we accept the complete absurdity of a national law that prohibits the sale of beer, wine, and liquor to anyone under the age of 21. This is a restriction unknown in the developed world. Most countries set 18 as the limit, and countries like Germany and Austria allow 16-year-olds to buy wine and beer. In the home of the brave, the police are busting up teen parties, shutting down bars, hectoring restaurants, fining convenience stores, and otherwise bullying people into clean living.

And yet every day, young people are finding ways around these preposterous restrictions that are hardly ever questioned, imbibing with their booze a disdain for the law and a creative spirit of criminality, along with a disposition to binge drink when their legal workarounds succeed.

On college campuses, the industry of the fake ID thrives as never before. It seems nearly true that almost every student believes himself or herself in need of getting one. Do the restaurants and bars know this? Of course they do. They have every interest in having these fake IDs look as real as possible to give themselves some degree of legal immunity if someone gets caught. The whole thing is a gigantic fakeroo, a mass exercise in open but unspoken hypocrisy, and everyone knows it.

If you think about it, it is the very definition of a state gone mad that a society would have a law of this sort spread out over an entire nation that tells people that they cannot drink before the age of 21 — even as most everyone in a position to do so happily breaks the law.

Tucker brings up a good point here. People are going to drink and do drugs. There’s literally nothing a law can do about that. For godsakes, even prisons cant keep drugs and alcohol out of them.

So what is the best coarse of action? Criminalize such behavior because we think its morally objectionable or harmful to society? Or let people pursue their own objectives and deal with harmful affects like addiction and alcoholism as they arise with things like drug treatment and mental health initiatives? (Which study after study has shown to be more effective than incarceration, according to the ACLU.)

Obviously the latter. That’s what freedom means. It is fundamentally a violation of “rights” to attempt to protect someone from themselves by having government extort and imprison them “for their own good.” But there are those that disagree.

The California initiative has already came up against scrutiny from interest groups like Mothers Against Drunk Driving, who maintain that more than 25,000 lives have been saved in the country since the legal drinking age was raised to 21.

“When states had lower legal drinking ages in the U.S., the underage drinking problem was worse,” MADD’s website says. “For example, before the 21 minimum legal drinking age was implemented by all states, underage drunk drivers were involved in over twice as many fatal traffic crashes as today.”

So, what do you think? Is lowering the drinking age a good idea? Let me know in the comments section.