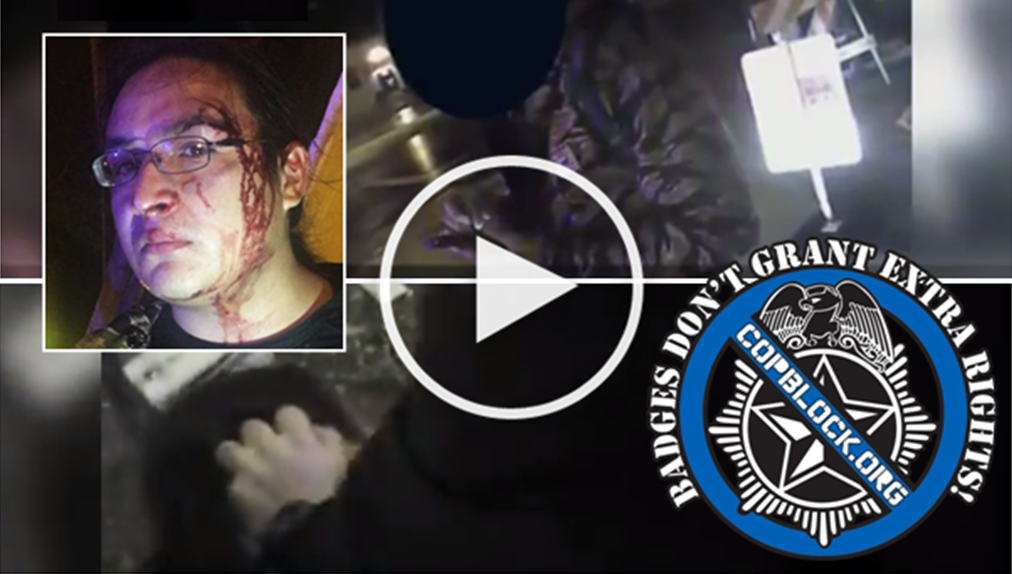 Video has surfaced showing Arizona police officers slamming a man to the ground and punching him in the face for not putting up his cellphone when they told him to last week.

Arthur Velazquez was stopped around the area of Main Street and Sycamore by Mesa cops who said he matched a description of a suspect who was wearing a hoodie and riding a bike.

After he was detained, police say Velazquez pulled out his phone and was attempting to make a phone call, when officers told the him to put the device away.

“I’m thinking about my own safety,” Velazquez said. “I had a feeling that with these two officers something bad was going to happen, that’s why I called my sister.”

The footage, which was recorded by one of the officers’ body-cams, shows the cops trying to take the phone away, before they slam Velazquez to the ground, grind his face into the pavement, and start punching him in the head.

Police have justified the officers actions by saying phone calls can sometimes lead to more trouble in an incident, and that when a person is detained, they must comply with orders or face reprisal.

“You have additional people coming to the scene and you are in fear,” Mesa police detective Steve Berry said. “Who might be armed, and showing up to assist.”

Berry contends that if Velasquez would have simply put the phone down, the officers wouldn’t have been forced to beat him.

“Taking five minutes and complying and calling your sister when you got done, would have gone a long way,” Berry said. “He could have moved on for the evening.”

Velasquez was not charged with a crime but received a petty infraction for not having a light on his bicycle. As a result of the beating he endured a concussion and required five stitches to patch lacerations on his face. He says he is in the process of obtaining a lawyer and plans on pressing charges.

“I never had problems like this with officers and for it to happen was a big slap in the face,” Velasquez said. “There was no need to punch me closed fist, straight to the face while my arms are pinned under your legs. There’s not need for that.”

Despite officers taking up for their comrades actions, Mesa police say they have launched an internal investigation to review the incident.