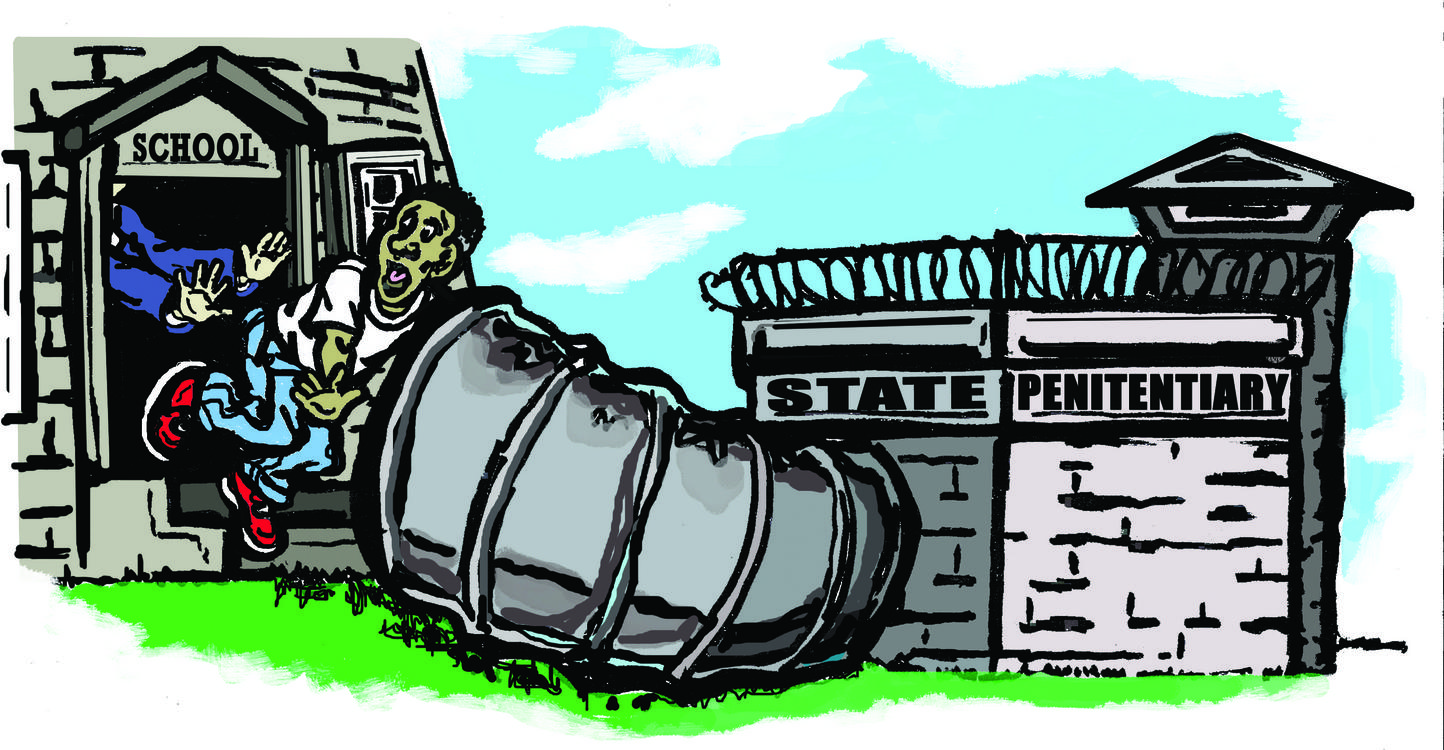 Tonight at 7pm PST (10pm EST), you should tune in to hear the “Radical Anarchist Revolution,” from Las Vegas. (Click on that link to find it.) This is a new internet radio show that I am doing with Tasha Heath of Southern Nevada Watchdogs.

Although tonight represents just our second show together, Tasha and I have worked together in the real world quite a lot in the past couple years, primarily on local issues and often in relation to Nevada Cop Block, in and around the Las Vegas area. She’s pretty well known in Las Vegas and for good reason.

Tasha is a very dependable and principled activist and beyond that she’s just an awesome and very ethical person. She also is very knowledgeable in a lot of different areas and always willing to learn about things she isn’t familiar with. Plus, she’s tough; they don’t call her the Tiny Terminator for nothing.

So, I’m very happy to have the opportunity to work with her on the show and even in the limited number of shows we’ve done thus far, I personally think that we make a good combination.

In tonight’s show we will be discussing the public school system including the history of compulsory schooling in the United States, the issues with that; why many of those issues stem from the real priorities of public schooling, and how that has lead to the dumbing down of U.S. citizens, as well as what has come to be called the “school-to-prison pipeline.”

In terms of the history behind the school system we will be discussing some of the work John Taylor Gatto, a former award winning school teacher who eventually came out against public schools and compulsory schooling. He’s written pretty extensively since about the roots and influences behind the school system and the true intentions of those involved in setting up the system. As he illustrates quite well in his books and essays, schools were not actually set up with education in mind, but actually in order to create docile and compliant factory workers. The promise of a free education was really just the sales pitch used to get the general public to accept that.

Another reference we’ll discuss is “Lies My Teacher Told Me,” a book by James Loewen. This book discusses the ways that government prevents schools from teaching children controversial subjects, especially those that show the government in a bad light and/or would encourage children to challenge the government. The basis of that book is the way in which a sanitized presentation of subjects makes school incredibly boring and eliminates a lot of the things that should create interest in learning for children.

One of the examples discussed was Helen Keller, who had a pretty long history of activism relating to anti-war protests, labor issues, women’s rights, and issues of poverty. However instead of that rich and inspirational history alongside the many controversial aspects of her life and beliefs, most students only know of her as the blind, deaf, and mute girl who learned how to read.

In addition to that, we discussed the ways in which that the social engineering aspects of public schools have led to a dumbing down of the country’s citizens and how that is more often than not very intentional. From the beginning, where industrialists (Carnegie and Rockefeller for example) exerted their influence and funded the schools to ensure they would have that influence, schools have limited the opportunities that students have to learn things that would allow them to better their working conditions. In the early years, quite literally based the curriculum options to things that would translate to factory work. That includes exchanging the iconic one room school houses where children were able to learn at their own pace, whether that was slower or faster than other children their age. Instead they were segregated by age and into the hierarchical grade structures and only allowed to learn what was prescribed for their specific age group. The obvious effect of that is to eliminate independent thinking and condition children to think in terms of arbitrary rank structures.

More recently, and what is really an extension of that sort of social engineering via schools involves the drugging of children with pharmaceutical products, such as Ritalin and other drugs used to “treat” ADHD type conditions that way too many children are being diagnosed with currently. Part of the discussion around that will involve the profit motives from drug companies looking for new customers, as well as the fact that many of the things leading to a diagnosis for these conditions involve what is really just typical childhood behavior. In fact, it’s oftentimes the most active and ambitious children that are receiving these diagnoses and sometimes for the simply reason that they are bored and unchallenged by the school system.

And finally, we’ll be discussing children being abused by school employees and/or police assigned to schools. Also how has created what has come to be called the “school-to-prison-pipeline.” We be discussing the alarming number of teachers (five in the past three months) arrested recently for sexual offenses and the lack of accountability that contributes to that. Within the context of that, we will be discussing a recent case I covered here on CopBlock.org last month of a school cop that drove drunk, caused an accident by running a red light, assaulted the person he hit, and then pulled a gun on bystanders that tried to intervene. Incidentally, several years ago that same officer, Sgt. Anthony Russo, shot a 13 year old kid with down syndrome that was doing nothing except walking down the road with a BB gun. As can be expected in Las Vegas, he was never held accountable for that act.

In addition, the increase in police involvement within schools, often for things that really amount to just typical childhood behaviour or even minor instances of misbehavior will be discussed. As part of that we’ll be referencing “Stupid Reasons Police Have Arrested Kids For In School” a post on CopBlock.org by Steven Thomas that details 20 different examples of really benign and innocent things that schools have had children arrested for, such as having a plastic knife, not asking permission to go to the bathroom, or even farting in class

You should tune in tonight for the show and listen to the full discussion of these important issues and more on the “Radical Anarchist Revolution” From Las Vegas with Tasha Heath and Kelly Patterson (click the link). You don’t want to be the only that doesn’t know what everyone else is talking about at the water cooler on Tuesday morning! The show is being broadcast on the “Non-Partisan Liberty For All” network, which is produced by Dave Bourne. I’ve been on his own show somewhat often in the past and he’s now in the process of expanding from a stand-alone show to a full network. The show Tasha and I are doing is actually the first new show to be featured on the network.

Below you can hear the archive of the debut show that we did a couple weeks ago, which includes a little bit of an intro about who we are and what sort of things we’ve been involved in around Vegas. The show will be airing every two weeks on Monday evenings 7pm PST/10pm EST.

RAR(rrrrr)!!! (It’s a thing. Get ahead of the trendy people and start saying it now.)