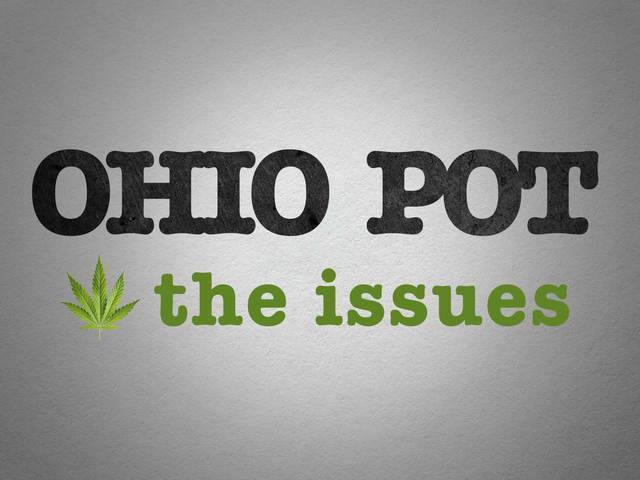 Captain Michael Reinheimer, of the Vermillion police department, received a “legalization of marijuana in Ohio for 2016” button and decided to pin it above his badge (like many officers do with Military pins). For those who do not know, Ohio just shot down a proposed legalization law dubbed “Issue 3.” I have written about the pitfalls of issue 3 here on CopBlock before.

The legislation was proposed by a group calling themselves, “Responsible Ohio.” The only problem was is it solidified a monopoly for 10 already rich growers. It was not until public pressure was put on them that they amended the bill to make home growing legal as well. The Responsible Ohio bill was a travesty and it did not get shot down because the people of Ohio do not want legalization, but rather due to the monopoly the bill would have created.

Captain Reimheimer was among those opposed to issue 3 for his own reasons He also wants to see marijuana legalization in Ohio but the Mayor of Vermillion (and presumably his superiors) didn’t like that message. This is what Captain Reinheimer said upon receiving the pin.

“I fully support the legalization of marijuana in Ohio. This button was given to me today before our police departments auction. I proudly wore it on my uniform jacket for the whole auction to show my support.
I took this pic today with my badge to let those who support legalization and to my fellow LEOs that we all need to stand together in support of a fair and open legalization measure that will provide the best opportunities to the citizens of Ohio.
Divided we stand…..Together we RISE”

A few days later he was suspended and had this to say:

I am Captain Michael Reinheimer of the Vermilion Police Department. On Sat. Nov. 7 2015, I was given and wore a button on my uniform jacket to show my support for Legalization in 2016 while I conducted our annual police auction.

Today I was placed on administrative leave by the Mayor of the City of Vermilion Eileen Bulan (440) 204-2402 specifically for showing my support for legalization by wearing this pin.

I will find out more later today. Right now your support would be appreciated. I stand tall behind my beliefs and my support is unconditional. Please share with anyone who supports legalization. So you see? This is what happens to supposed, “good cops.” They speak their minds about injustice or laws that are bad (or need changing) and are suspended or fired for it. How can we expect to officers to help better the law enforcement standards when they are routinely punished for speaking their minds? What’s more troubling is that officers aren’t outraged by this treatment of one of their own. We’ve seen officers raise thousands of dollars to fund legal defenses, plan boycotts and even bail out their own officers. Yet, nothing – as of now – has been done to support Captian Reinheimer. Is this because the police are afraid of the higher ups reaction to such statements? Seems similar to that of the citizenry, who fears LEO interaction when speaking out against police brutality. I guess those who wear the uniform aren’t all that different from those of us who don’t. We both feel the pressure and fear of the state and it’s forcefully oppressive ways.

Which means that we (citizens) and Law Enforcement officers have yet another reason to cut out the government middle men. Demand protection services directly from LEO’s and hopefully the good cops will provide it. Only then will cops be encouraged to speak up (and provide better services) instead of hiding and abiding by the policies that are currently in place.