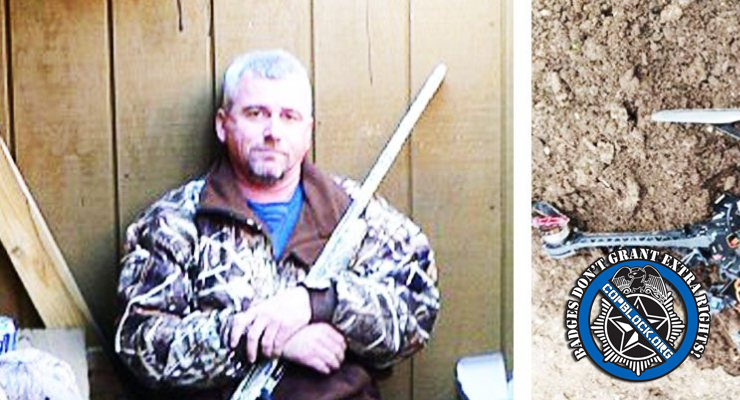 Kentucky Judge Rebecca Ward has cleared all charges against William Merideth who destroyed a drone hovering over his property with a shotgun, saying the drone was a invasion of privacy, local TV station WDRB-TV reports.

“He had a right to shoot at this drone, and I’m gonna dismiss this charge,” said Ward.

Merideth was arrested and charged with wanton endangerment, along with criminal mischief in July for destroying a drone that was traveling below the tree line in his backyard.

Merideth’s neighbors saw it too.”It was just hovering above our house and it stayed for a few moments and then she finally waved and it took off,” said neighbor Kim VanMeter.

VanMeter has a 16-year-old daughter who lays out at their pool. She says a drone hovering with a camera is creepy and weird.

William was happy with the Judge’s decision stating, “I was in my right to protect my family and my property.” He expressed the importance of his case against the use of drones to harass people, he went on to say “The next time something like this happens, they’re gonna refer to it,” and encouraged property owners to use common sense when making these decisions. “Now I don’t encourage people to just go out and start blasting stuff for no reason – but three times in one day, three times over the course of a year, six times total, over one property? That’s not right, that’s harassment.”

Drone owner David Boggs testified that flight data recorded provides a different story and that his drone was flying higher than Meredith claimed, however since multiple people witnessed the drone flying below the tree line, Ward decided it was an invasion of privacy.

It states an individual is guilty of harassment if they hover over or land on someone’s property, or use a drone for no legitimate purpose.