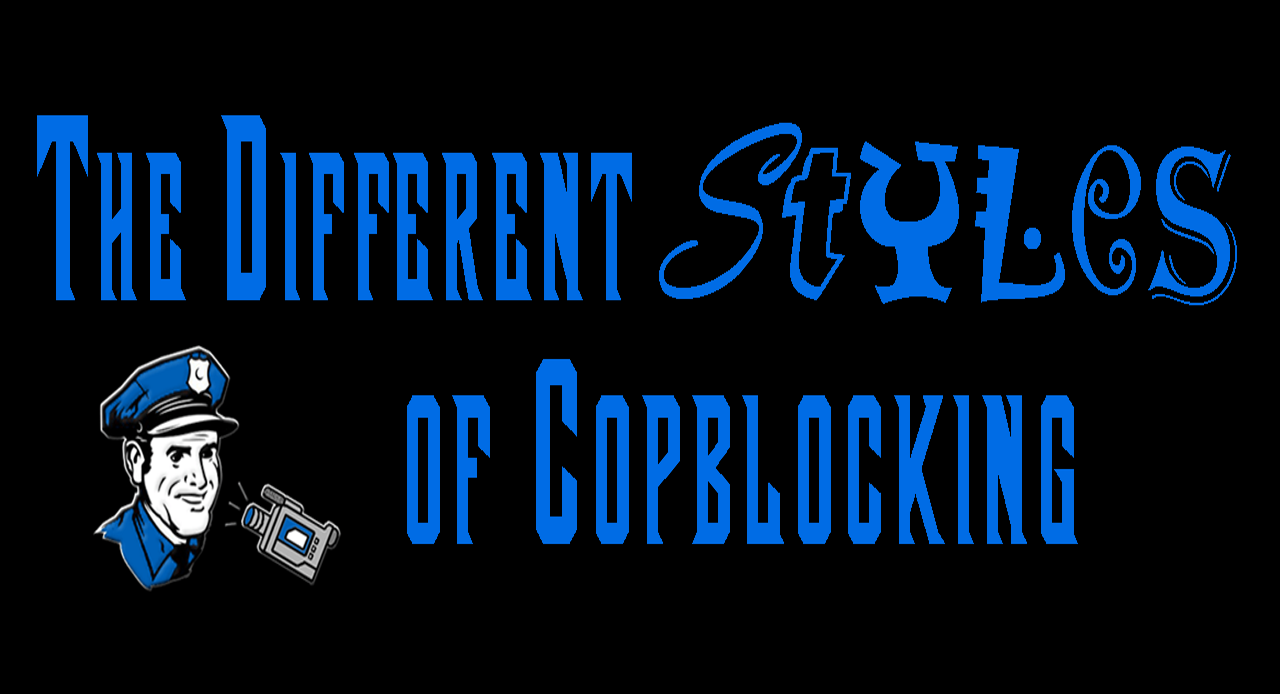 This article was submitted VIA the SUBMIT tab by a contributor at Lehigh Valley Copblock.

Copblock-ing (v) – To spread the message of BDGER through the filming of police, call floods of wrongful departments, and ensuring our constitutional rights are not violated.

Copblocking isn’t an exact science. There’s no right or wrong way to do it—I take that back. If you destroy property, inflict harm upon someone, or violate a person’s rights while doing so, that is wrong. So don’t do any of the above.

Anyhow, as I was saying, there are many different styles and ways to deal with police while filming them. I’ve analyzed the habits of three active members of the Copblock network. Each of them have a different tactic they tend to utilize in their copblocking efforts.

Let’s start with Severin Freeman of Lehigh Valley Copblock. His tactic is to verbally assert himself by reciting the case law which apply to the given situation. He tends to allow the officer’s attitude determine the path an interaction takes. If an officer treats him with respect, Severin will be respectful in response. However, when an officer is aggressive right off the bat, Severin won’t hesitate to bite back verbally. He knows his rights & recites each one as he invokes it. If he sees an officer violating a state protocol, he will find the state code number & recite it right back to the officers.

Next up, JP Freeman of Keene Copblock. JP’s tactic is to assert his dominance over officers & put them in their place as his public servants. He has a military background and doesn’t take shit from anybody. He uses his freedom of speech often and to the officer’s faces. JP will make sure they know he views them as cowards, cry-babies, or hacks when applicable. He isn’t afraid to get in their faces with his camera either. You can see him in action below.

And finally, Ademo Freeman, co-founder of Copblock.org itself. Ademo’s tactic is quite simple: He answers officer questions with more questions – flipping the tables during interrogation. He gets officers to reveal information they were withholding and admit the actual reasons they’re questioning him.

There are plenty of other tactics you can use while copblocking: remaining silent, staying back to film others in action, etc. I encourage you to find your own style and see what works best for you.