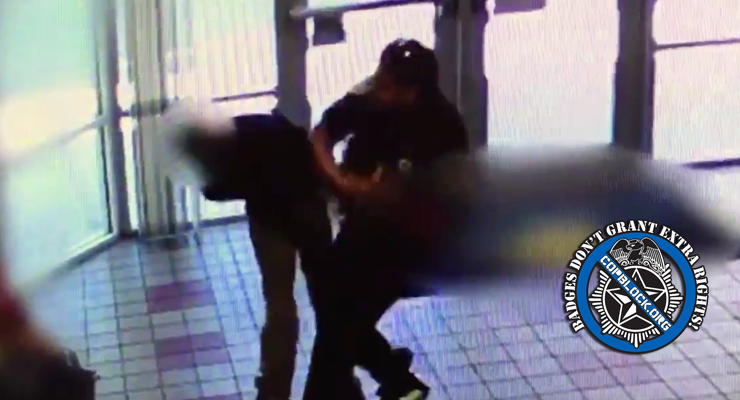 A Kissimmee, Florida school resource officer has been charged with felony child abuse and battery for slamming a 13-year-old boy to the ground. The boy suffered a sprained wrist and ankle.

Surviellance video shows an altercation on May 8 between Officer Mario Badia and a 13-year-old boy in the office of Kissimmee Middle School.

According to a police report, the surveillance video shows Badia shoving the student, lifting him off his feet, then slamming him to the ground, with the student not resisting.

Badia also torqued the boy’s wrist for 42 seconds causing visible pain, according to the report.

“At this point, there will be an internal investigation. Until that’s completed, I wouldn’t want to speculate on anything,” Kissimmee police spokeswoman said.

Badia was booked into the Osceola County Jail with a bond set at $5,000.

“If an officer is doing that, how should I trust them? How should I know they will protect me instead of hurt me?” Devonta Griffith, a student at the Middle School said.

Badia has been placed on paid vacation pending the criminal investigation.