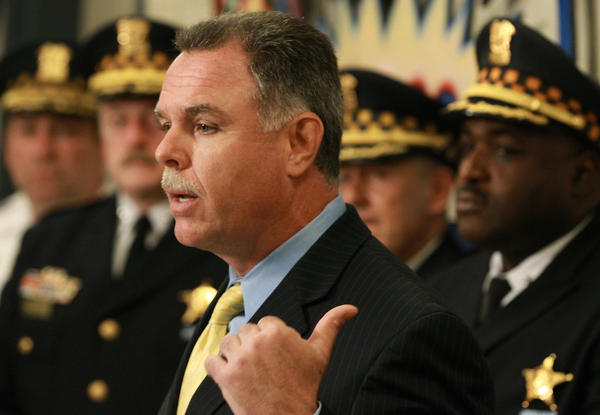 If you look at the number of complaints that have been sustained by the city of Chicago. 25% of them were filed by African-Americans. 58% were filed by Caucasians and the remaining 15% were filed by Hispanics.

Craig Futterman Law professor and Director of the University of Chicago’s Civil Rights and Police Accountability Project feels strongly about the way about the city handles its complaints.

The analysis of police complaints is based on the Citizens’ Police Data Project, a website containing misconduct complaint records for more than 8,500 Chicago police officers. The project is under the umbrella of the Invisible Institute, a nonprofit journalism production company, which released the information on Tuesday. A collaboration with the University of Chicago Law School’s Mandel Legal Aid Clinic, where Futterman works, the project is believed to be the most expansive public database of its kind.

The goals of the project are to promote transparency and accountability by police as well as provide a database for the public to have  easy access to complaints. Overall, 56,361 misconduct allegations from 2001 to 2008 and 2011 to 2015 were analyzed by the data project, which found that more than 96 percent of cases were not sustained. Black people in Chicago are more likely to have police encounters and be in situations that are likely to produce complaints, several experts said. They pointed to “stop and frisk” practices and studies showing that African-Americans are more likely to be targets of traffic stops.

Allegations of false arrest and improper lockup procedure are more likely to be filed by African-Americans and are upheld less than 2% of the time. And the best chance they had of their complaint being upheld, was if it was against an African-American police officer.

Releasing data doesn’t, in itself, eliminate misconduct, Futterman said, but the problem is harder to address if facts are lacking.

“In the context of an utter lack of reliable info, change starts there,” he said. “It starts with honesty.”