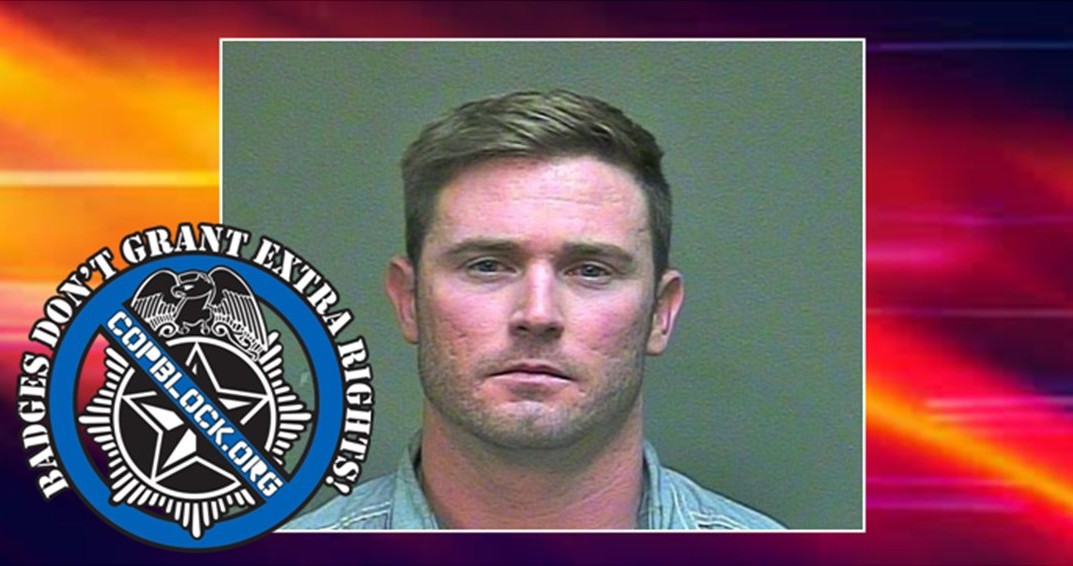 An Oklahoma officer with the the Yukon Police Department has been suspended with pay pending an investigation into claims that he brutalized a woman when he was off duty.

The report comes as no surprise. Often the violent and aggressive behavior typified by many officers on the job finds its way into their personal lives.

Predictably, officials said Thursday that 29-year-old Zachary Dean Bradford has not yet been charged with a crime despite multiple witness claims that the officer assaulted an unidentified female early Saturday morning outside a residence in the 15800 block of Carriage House Road.

According to police reports, witnesses say they saw Bradford drag the woman from her car by her hair and then punch her before he took off his shirt, tucked it in his pants, and fled the scene.

Bradford was latter found by Oklahoma City officers and arrested near Memorial Road and North Rockwell Avenue on complaints of assault and battery.

The victim maintains that she had been sitting in the driveway of a witness when Bradford came out of the home and knocked violently on her car window.

She says that the assault happened after she opened her door to see what he wanted, and then was forced to roll up into a ball with her eyes closed, to protect herself during the melee.

The woman says that she had never met Bradford prior to the attack and is dumbfounded as to why it occurred. She suffered cuts and lacerations on her left knee, right ankle, and right elbow.

As already mentioned, because of Bradford’s blue privilege, he has not been charged in the incident like any other common citizen scum would have been in the face of such witness testimony.

“We aren’t going to comment further as this is still a pending investigation,” the Yukon Police Department said in a statement. “The officer was suspended on Saturday, and pending the outcome of the OCPD investigation, he could be terminated.”

Officials say that charges could be presented to the district attorney’s office in the future after the investigation is completed.