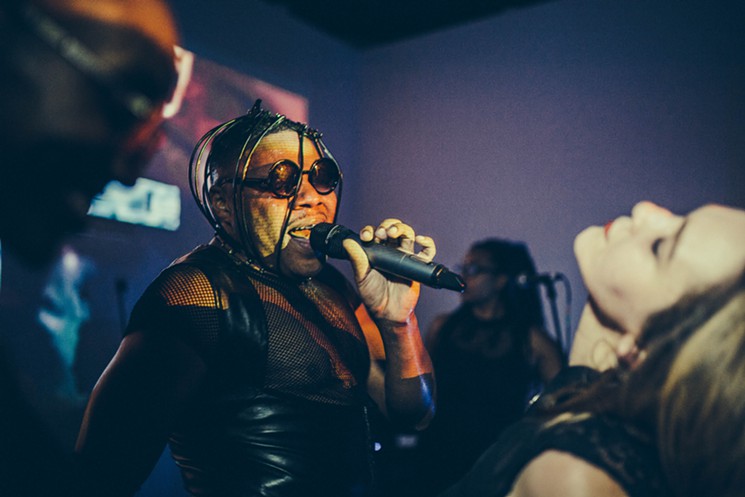 This weekend in Dallas, TX Mothers Against Police Brutality will hold a concert in order to raise awareness about police brutality. MAPB has been working with victims and their families since the 2013 police killing of Clinton Allen, an unarmed African-American shot by Dallas police. The goal is to change the way police interact with citizens, especially unarmed mentally ill people.

Desmond Lehmann (known to most by his stage name “Dezi 5“) remembers being pulled over in Bryan like it was yesterday. The police told him, he had failed to stop at a stop sign, but he knew this was not the truth. “Do you think I was going to argue with those two cops by myself?” Lehman asks. “I was scared for my life.” Lehman took the ticket and left town as soon as possible. When he contacted his lawyer about the stop and his feelings that it was just another case of DWB (driving while black) his lawyer’s response was, “Your in Texas, honey”

Lehman is considering obtaining a Concealed Carry License, although he has no interest in carrying a gun. “That means you have no felonies or criminal background,” Lehman says. He loves Texas, but sees the humor in getting a license to allow him to conceal a weapon he has no plans to use in order to avoid the chances of getting hassled or shot by police. “I have to do that to show that I am not a bad person or a felon,” he says, and laughs.

Lehmann (Dezi 5) will be one of many performers appearing at the fundraiser dubbed “Stolen Birthdays”. Make sure to check out their Facebook event page for the full list of artists who are preforming.

Dallas police officers used to go right back to work after being involved in a shooting. Thanks to the work that MAPB has put in to change policy there is now a waiting period and psychological evaluation’s before officers return to the beat. Other accomplishments the MAPB have achieved are getting the officer Brad Miller the 49 year old rookie cop who killed Christian Taylor fired, as well as, working with North Texas law enforcement agencies to encourage policy changes and training.

Friday’s event, Stolen Birthdays, will not only be a fundraiser but a chance to spread awareness of police brutality at the local level. Earlier this week, several local musicians and artists met with members of MAPB to hear the stories of Dallas families, discuss how they have been affected by police brutality and get educated on the issue. Meant to bring collaboration between local activists and artists, it was called a strategy session.

Hopefully its a packed house. Texas has been in the news twice this week for heavy handed police action.