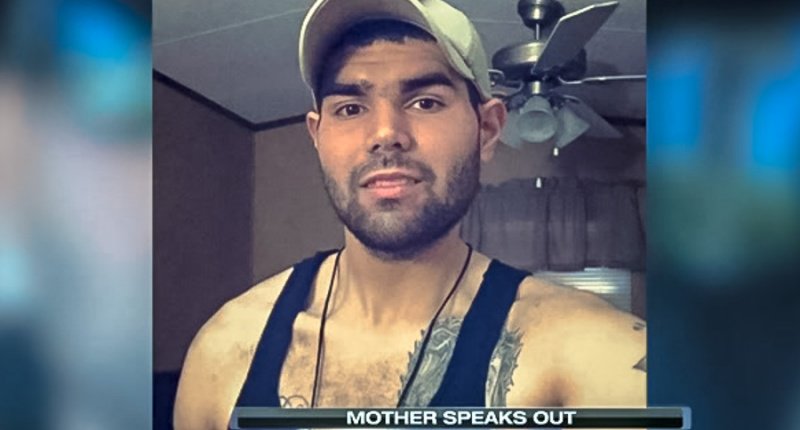 Editor’s note: The story below was originally posted at RawStory.com but I wanted to make a few notes myself. Sadly, the story below is why one can never call the police for help. The police aren’t equipped, trained or concerned about – for the majority of cases – providing help. The police are trained to escalate force to the point of complete and utter compliance, even if that means using lethal force.

Yet, in today’s world there are times when you HAVE to call the police and so, before you get to that point familiarize yourself with some of the tips and tactics featured at CopBlock.org’s Resources page. I highly recommend the “Film the Police“, “Know Your Rights” and “Smartphone Apps” pages. Don’t let yourself fall victim to police abuse, wrongdoings or lack of training. Prepare yourself and show the world what police really do.

The mother of a Texas deputy said this week that Laredo police officers did not have a good reason to shoot and killed her son after they showed up at his apartment to respond to an attempted suicide.

The Laredo Morning Times reported on Monday that two female officers responded to a suicide attempt at around 11 a.m.

The department said that the officers opened fire after “repeated commands to the individual who was armed with a handgun.”

The man was identified as 25-year-old Cesar Cuellar, a Webb County sheriff’s deputy.

“They shot him, they shot him once and then it took a while and after another boom again. It wasn’t continuous but my son never lifted his gun. Never,” she insisted. “They shot him without having to, not one reason.”

The woman said that her son would not have justice until the Laredo officers had their “guns and badges taken away.”

In a statement, Laredo Police Chief Raymond Garner promised that there would be a full investigation into the case.

“The Texas Rangers will also be conducting an independent investigation into this case to further ensure that all facts and evidentiary findings of this tragedy will be collected in the most thorough and transparent manner possible.”