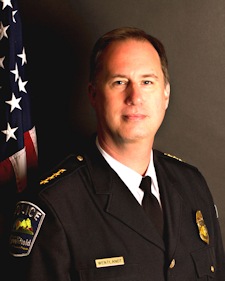 The word “hero” is thrown around quite a bit in the Law Enforcement community.  I’ve seen the word hero applied to the actions of Tamir Rice’s murderer, the beating dished out by Ben Fields of a young girl in a high school math class and, of course, to the execution of Zachary Hammond.

Fox Lake Lt. Joseph “GI Joe” Gliniewicz was called a hero for a long time. He was elevated, by the media and fellow officers, to near sainthood for weeks after his death in a city 50 miles south of Greenfield, WI.  As we now know any heroic acts he participated in while he was alive were limited, as he was often busy committing sexual assault, hiring someone to kill the city manager, facilitating the marriage of his son to his mistress (to bilk the US Military), stealing a quarter of a million dollars from the police department and finally staging his own death. Perhaps the most heroic act Joseph Gliniewicz committed was justifiably shooting himself in the heart.

On August 5th, 2015 John Dieringer, age 51, was holed up on his second floor apartment balcony at Briarcrest apartment community in Greenfield, WI, a suburb of Milwaukee.  He was allegedly have suicidal thoughts due to the recent death of his father.

Outside the assets piled up.  Troops, shields, long rifles, perhaps a sniper, flash grenades, tactical shotguns, a tank and the like, because that’s apparently how Chief Wentlandt handles someone on a second floor balcony completely contained and apparently in need of help.

As the clock struck 90 minutes on this “standoff” the police engaged.  Allegedly, Charles Mehlberg, Greenfield Police Officer, attacked John’s home and shot him dead. I tried to obtain a picture of the killer cop officer via FOIA but Chief Wentlandt stated he can’t release a photo in part due to concerns of “retaliation.” I’ve never, ever heard of an instance where a cop was attacked or killed after murdering someone.  Although, a few weeks ago Neenah, WI cops killed a hostage with a pending $50 million lawsuit against them.  When it comes to retaliation, police are usually the ones committing it.

The one thing he did release is an on camera statement to media, before rigor mortis set in the evening of the shooting, declaring Ofc. Mehlberg’s actions “heroic.” He claimed the suicidal man tried to stab officers with a knife as the officers were attacking him under the guise of “taking him into custody for his safety.” Allegedly, the dozens of cops looking on, likely with military quality infrared night vision, for 90 minutes, missed the machete, or small pocket knife (or nothing at all) the man is alleged to have been holding.

Trying to pry information from a police department about someone’s cold dead hands is always a struggle.  As we’ve seen in Chicago during the past several weeks is that the more egregious an incident is, the harder a Police and City will fight to keep it secret.  Even relatively benign records are hard to obtain from some entities, including the Greenfield Police.

In the case of Chief Wentland, it took 3 requests to even get a denial to my requests for information about John Dieringer’s death.  It took him a full month just to provide the PD dashcam policy via email. Perhaps the Chief is just too busy posting strange propaganda on the department Facebook Page sometimes using the hashtag #realsuperhero. (Here , here and here.)  Are the Chief’s and department’s images more important than the truth?

I will continue to fight for these records in order to shine light on the circumstances surrounding the death of John Dieringer at the hands of Ofc. Charles Mehlberg.