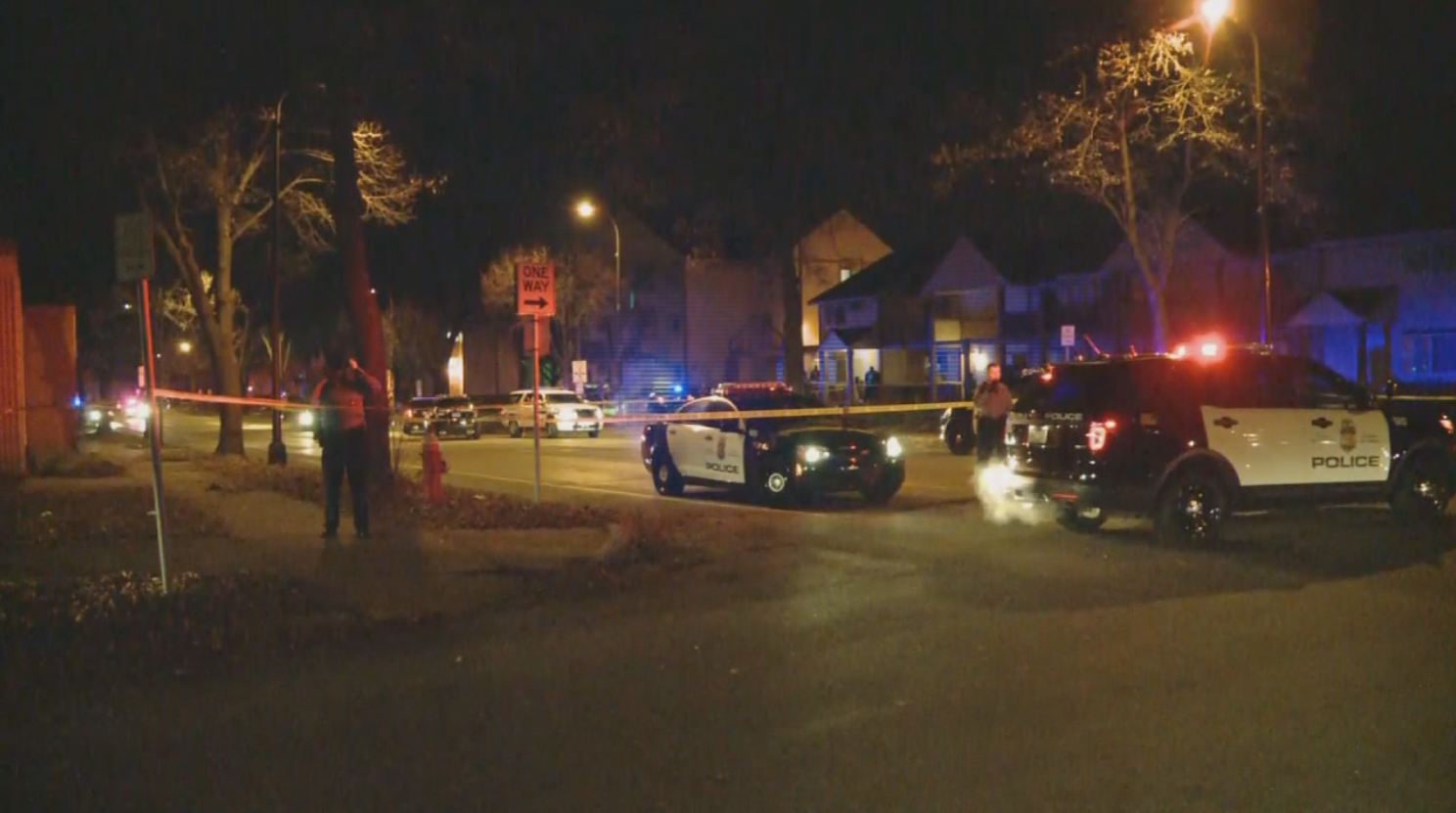 Minneapolis police shot and killed Jamar Clark early this morning. Jamar was the suspect in an assault call where the police say he was hindering the EMTs from providing medical assistance to his victim. Multiple witnesses are reporting that the man was cuffed when he was shot.

According to the Star Tribune angry bystanders swarmed the scene and one woman yelled “ya’ll just killed that man” over and over. The police drove the spontaneous protest across the street and then pushed the agitated crowd across the street where multiple people were pepper sprayed.

Police would not release the name of the victim or where he was shot.

Nekelia Sharp, a witness at the scene said  it started when the man got into an argument with his girlfriend.

“He didn’t resist. He did not fight back. There was no struggle and he was in handcuffs when he [a police officer] shot that young man, we were literally forced back into our apartment units so we would not be able to talk about the incident that happened.

She said after police shot the man, they took him out of handcuffs.

police killed him with his hands behind his back.”

Originally the police disputed the claim that Jamar was in handcuffs as stated by police chief Janee Hartseau who said:

Preliminary information shows the man was not handcuffed.

Investigators have backpedalled since then and are now saying it is too early to tell if the man was handcuffed at the time he was shot. The police have not revealed the names of the officers who were involved but have confirmed that 2 officer are on paid leave pending an investigation by the BCA(Bureau of Criminal Apprehension).

Attorney and community activist Nekima Levy-Pounds posted on Facebook post, calling on the community to contact Minneapolis Mayor Hodges “to ensure that a process of justice is carried out.”.

“Family, early Sunday morning, neighbors near James & Plymouth in North Minneapolis are reporting that MPD has shot an unarmed black man. Many accounts are saying that he was handcuffed when shot in the head. Police refuse to release any information, including whether or not he is alive or being treated at HCMC. Please call on Mayor Betsy Hodges @ (612) 673-2100 to get on this shooting now and ensure that a process of justice is carried out for this man. Follow ‪#‎JamesandPlymouth‬”

Black Live Matter Minneapolis has released a statement demanding justice for the murder of Jamar Clark. If you are in the Minneapolis area and would like to involved yourself in the movement for justice, not only for Jamar but for all victims of police violence check out the Facebook event page where community leaders are organizing for action. And follow the hashtags #Justice4Jamar #James&Plymouth

If police officers killing handcuffed and unarmed people makes you angry – as it makes me –  than pick up a camera and start filming the police. If you are not able to film the police, you can voice your discontent with actions of these officers and demand justice by ‘Call Flooding’ the department at: