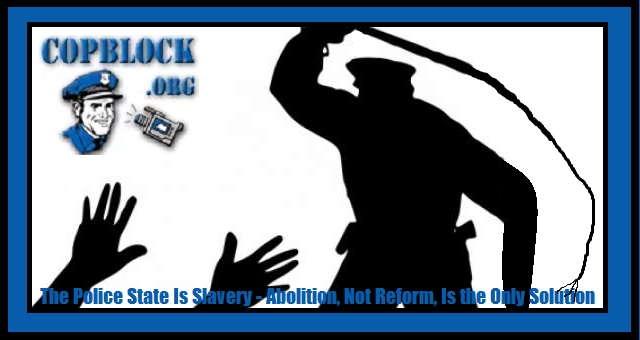 Last week I wrote an article entitled ‘Accountability Is Futile – Abolish the Police‘ in which I laid out the reasons in which ‘accountability’ is a logic impossibility owing to the nature of the self-preservation instinct which exists even in abstract entities like systems and institutions. While that article laid out HOW accountability is not possible, we should also discuss WHY it should not be favored over abolition.

Government, or the state, is a force which supposedly acts to uphold the will of the citizens. Yet I would challenge you to find any citizen who actually believed this relationship to be true between their own self and the state. Because it is not possible for the state to uphold the will of all of it’s citizens, due to us all being unique individuals with different sets of ideologies that often conflict with one another, government develops a will all of its own, shared with no single individual entity but itself. And the edicts of the state themselves are powerless to control individual behavior. Therefore aggressive force is required in order to uphold the laws and proclamations of the state. Domestically, that force is applied by police, which makes police the de facto will of the state. So when we talk about abolishing police, we are in fact talking about abolishing the state itself, beginning with its paid mercenaries.

In fact, government itself is a myth. It is a smokescreen created by economic forces meant to delude the people into thinking that its will is theirs. In an industrialist oligarchy such as ours, it is the corporation that is the true agency of governance. Through campaign finance, lobbying and other economic means, corporations use the delusion of a ‘government of the people’ in order to create and protect monopolies. A corporation is not even a thing that exists in nature. It is a construct. A corporation is an entity that exists only because the protective status granted to it by the state. It exists for the purpose of protecting the minority of its profiteers from natural free market consequences and giving them an unfair advantage against rivals. When people speak of using the government to hold big business accountable, it falls under the same logical problems I discussed in the accountability article I spoke of earlier. The state and the corporation are all part of a single distinct entity, and that which is divided against itself cannot stand, so accountability is merely a myth perpetuated by literalists who refuse to examine the deeper truths of what the government they are petitioning actually is.

We can examine this logic further by concluding that since the police are the enforcement branch of the collective corporate will, and since we are beholden to its economic paradigms like resource distribution and labor, the state is nothing more than a wealthy land owner (property taxes discount the mythical notion of private land ownership) that uses force to keep us productive and obedient. We are all quite literally slaves. And the masters favorite slaves, whom it has granted the whip and immunity from its edicts, are the police.

Without the police we would never have accepted the social, economic and political paradigms that we are powerless to topple alone. It is the fear of reprisal that feeds the entire system. Police and the threat of violence they use to control us are what separates us from freedom and keep us obedient and productive on the masters plantation. A nation is just that, a parcel of land controlled by one economic interest whose goal is to dominate other nations/plantations through competition. Slavery is how that competition is stacked. Freedom is the enemy of the state.

You are not free. There is nothing you can do which would guarantee non-interference from the state and its mercenaries. Anything you do must be found to be acceptable by the state or it will correct your behaviors using the threat of imprisonment and violence which is the first cause of all powers granted police. Just try stepping out of the system and it will quickly remind you who is in charge, who owns you.

The first step to abolishing slavery is abolishing the police. The whip cannot strike on it’s own and the plantation owners dare not do their own dirty work.

In my next article I will discuss those already emerging paradigms that will replace nationalism and the state. The blueprint for them already exists in the world today in the forms of technologies and emerging ideologies. Just as it was not government that freed black slavery in this country, but rather a growing consensus of the moral rejection of slavery among individuals combined with technologies that made it possible to reduce human labor while increasing wealth and efficiency. The police state will not be able to compete with these news ideas and technologies because it will be inferior to them. The functions of society which maintain balance and harmony among individuals can easily be replaced with the far superior products of human creativity, ingenuity and intelligence that require nobody with a magical uniform threatening violence in order to function. Among these ideas are post-scarcity resource management, on-site production of goods, reputation economics and post-materialist science. We stand at the edge of a future far more promising than the barbaric vision we have had to endure under the violent nature of the state and the police who protect it.