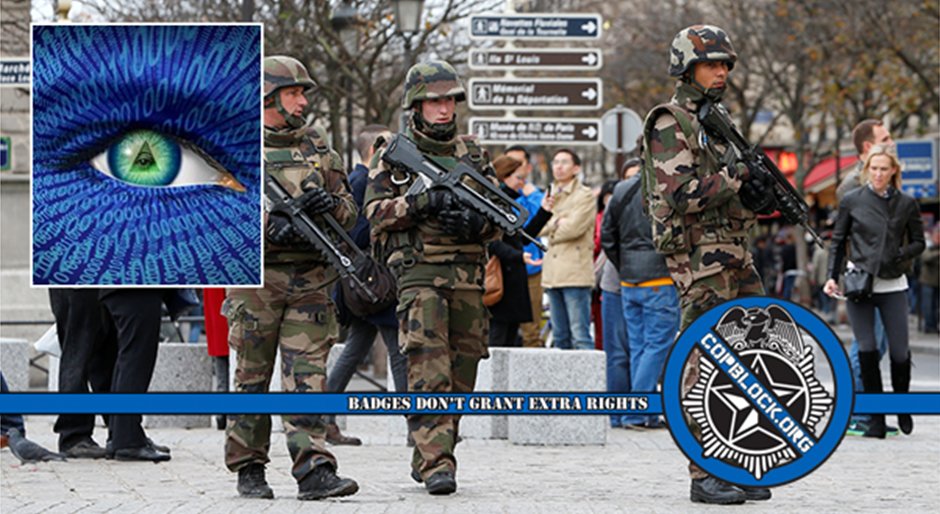 In the wake of the unfortunate and diabolical terrorist attacks perpetrated in Paris, the international surveillance and intelligence communities have responded with a predictable refrain: give us more power and give us more money.

Never mind that it has been reported that French and German intelligence agencies knew about the attacks one month in advance, only in government does your repeated failures result in more and more power and larger and larger budgets.

Afterall, do you not know that the real culprits in all of this are privacy advocates, surveillance reform, and Edward Snowden?

CIA Director John Brennan certainly agrees. In comments made on Monday at the Center for Strategic and International Studies, Foreign Policy Magazine reports the following:

Brennan said the attacks should serve as a “wake-up call” for those misrepresenting what intelligence services do to protect innocent civilians. He cited “a number of unauthorized disclosures, and a lot of handwringing over the government’s role in the effort to try to uncover these terrorists.”

He added that “policy” and “legal” actions that have since been taken now “make our ability collectively, internationally, to find these terrorists much more challenging.” In June, President Barack Obama signed into law legislation reforming a government surveillance program that vacuumed up millions of Americans’ telephone records. Passage of the USA Freedom Act was the result of a compromise between privacy advocates and the intelligence community.

Brennan’s remarks immediately sparked criticisms from civil liberties advocates who have fought for greater privacy protections from government surveillance and now fear the Paris attacks could roll them back.

According to the Guardian, Brennan’s comments are revealing:

When he says “legal actions,” he’s referring to the fact that multiple federal courts have ruled that the government’s secret mass surveillance on millions of Americans is illegal. So it sounds like the CIA director is saying it’s a shame that intelligence agencies can’t operate completely above the law any more, and is scapegoating any failings on his agency’s part on accountability that is the hallmark of any democracy. (Though he still can apparently operate above the law.)

More importantly, Brennan’s comments are incredibly dishonest. The post-Snowden USA Freedom Act passed by Congress reformed exactly one of the countless mass spying programs the US runs. It was the one that sucked up the phone calls of Americans only, and here’s the thing: it has been active this whole time and isn’t scheduled to shut down until the end of the month.

Anytime an official laments surveillance reform or attempts to blame Snowden they should be confronted with these facts. Unfortunately, so far they’ve just been met with head nods and no follow-up questions about their own conduct.

The Stasi are also using the attacks to go after a long fought foe: data encryption – despite no tangle evidence that the terrorists even used the technology.

New York police commissioner, Bill Bratton has blamed encryption for the atrocities, saying “[It] is something that is going to need to be debated very quickly because we cannot continue operating where we are blind. The French clearly, in this instance, had no understanding that this was going to happen, and we’ve seen the ramification of that.”

Just, to restate the facts, there is no evidence to suggest – beside the quotes of anonymous “officials” – that the perpetrators of the Paris attacks were using data encryption. But what if they were? Does that give the governments of the world free-reign to eliminate our right to privacy by mandating back doors in to things like Apple’s iMessage or Facebook’s WhatsApp? Ofcoarse not.

According to the New York Times:

Obama administration officials say the Islamic State has used a range of encryption technologies over the past year and a half, many of which defy cracking by the National Security Agency… [but have] been reluctant to insist on a back door into the systems. [Obama] rejected the argument of the F.B.I. director, James B. Comey, that the United States should require any company that provides encrypted software and hardware to engineer a way for the government, armed with a court order, to get access. That decision came after a year of study led by the White House counterterrorism adviser, Lisa Monaco, and the head of the White House cybersecurity office, Michael Daniel.

The White House ultimately adopted a view put forth by 14 of the world’s top cryptographers and computer security experts who wrote, in a white paper, that weakening the encryption of American technology sold by companies like Apple, Google and Facebook would only render confidential data and critical infrastructure more vulnerable to criminals and national adversaries, and push terrorists to adopt encrypted services sold overseas.

Politicians in the United Kingdom are also seizing on the tragedy – and despite already having the most expansive surveillance laws in the western world – are attempting to rush through an even more invasive mass-spying bill that would allow police to see the websites accessed by every citizen and force companies like Apple to provide government backdoors for their encrypted technologies.

In the aftermath of the attacks that left at least 129 people dead and hundreds more injured, France is a virtual police state with the government now deploying 115,000 soldiers and police officers around the country to ensure “national security.”

French Interior Minister Bernard Cazeneuve said Tuesday that more than 300 raids have taken place across the country over the last two days resulting in dozens of arrests of suspected Islamic militants.

What is scantly being said in the wake of the tragedy however – as people all over social media change their profile pictures to a filter of a flag that represents the French government – is said governments complicity in all of this.

Just what on earth did they expect making it almost impossible for their citizens to legally obtain firearms, and flooding their country with countless members of a hostile culture and population that wishes to destroy them?

Yes those numbers really are “countless” – it is literally illegal in France to keep official statistics of their population breakdown by ethnic or racial demographics – because “diversity and tolerance” or whatever.

It appears all that victim disarmament and “cultural enrichment” really isn’t working out the way they planned right? Or maybe its working out exactly how they planned? Afterall, the west has been cultivating, funding, and arming Islamic extremist groups like the Mujahideen going back to at least 1979 during the Soviet war in Afghanistan.

Declassified documents obtained via Freedom of Information Act requests by Judicial Watch also show that the west has even supported the creation of opposition groups like ISIS itself to take on President Bashar al-Assad in Syria – and now the war drums beat for more bombings and even a full scale ground invasion of the country. Interesting…

President Obama recently said no to sending ground troops to Syria, but little do most people know, U.S. ground forces have already been deployed their. As time passes – and with the likelihood of an incoming Republican president in 2016 – a full scale ground war can be expected.

Already, the recent bombings of Syria are creating a whole new refugee crisis in the region. Predictably, those refugees will again be given haven by the very western powers they are at war with, which will lead to more terrorist attacks as Islamic extremists again utilize the migrate wave to install their agents in enemy countries.

So, rinse and repeat for maximum damage and fuckery. Its almost as if these things are intentionally being done to foment crises from which the governments of the world can make war and expand their power.

But powerful war mongers, plutocrats, and corporate interests would never do something like that right? Anyway, if you wanna hear more about what pisses me off about the Paris terrorist attacks, CLICK HERE.