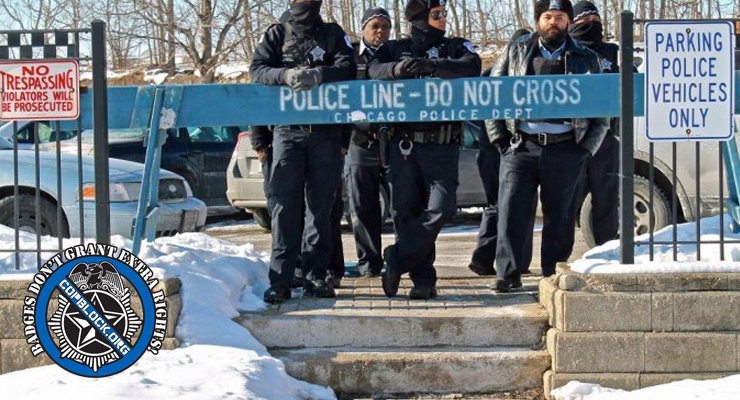 Yesterday a Chicago city council put the green light on a $700,000 payout in two cases of police brutality. Regardless of the fact that one case was described as “weak”  and the police review authority ruled it was justified because the officer “reasonably feared for her life” when Ontario Billups turned toward her with a bag of weed in his hand.

There were still concerns that the city council was too quick to open the tax payer wallets when First Deputy Corporation Counsel Jane Notz advised the counsel to settle the claims. The largest of the settlements for $500,000 was awarded to the family of Ontario Billups who was shot to death Dec, 4 2010.

Ontario Billups was a drug dealer in the south side of Chicago selling cannabis. Dec 4, 2015 the police claim he was in a vehicle doing just that at the same time that Grisham District tactical officers were on block of 81st and Ashland conducting surveillance for drug activity. One the officers decided a vehicle on the block was suspicious looking and approached. Billups was allegedly in the middle of a transaction and refused to take his hands out of his pockets. When Ontario did get out of the car the female officer claimed he made aggressive movements towards her and she shot him because she was in fear of her life.

“The plaintiff could claim, relying on their own forensic expert, that the location of the gun wounds suggest Billups was preparing to flee and did not pose a threat. The plaintiff also could claim that Billups was merely complying with the officer’s order that he show his hands rather than turning toward her in a threatening manner and that, because the area was well lit, the officer should not have mistaken a plastic bag of drugs for a handgun,” Notz said.

Alderman Proco Joe Moreno questioned why a grieving family that originally demanded $3.9 million was willing to settle so cheaply.

“If they’re willing to settle for $500,000 on something that was, your words, [worth] multi-multi-millions, that at least begs the question that maybe their case was pretty weak”

“Our assessment of the case is not that it was weak. It was that it could have gone either way and, if the jury had credited the plaintiff’s version of events, our exposure would be very significant.”

Implying it would be better to pay the money than tell the truth. Finance Chairman Edward Burke was not satisfied.

“Isn’t it somewhat ironic that IPRA finds the shooting justified but we’re going to pay out half a million dollars? How are you able to settle these two matters for such a small amount of money, given the history of cases like this against the city of Chicago. And don’t just tell me good lawyering.”

Notz countered by describing the discount the city would get if a jury rendered an adverse verdict.

“I can’t speak specifically to why IPRA differed in its conclusions about this case as compared to the conclusions reached by the plaintiff’s expert. What I can say is that there is sufficient evidence here that, if the case were to go to a jury, the jury could reach an adverse verdict. Those verdicts can result in multi-, multi- million dollar damage awards. … We believe the $500,000 is a substantial discount over the verdict we could face.”

Another $200,000 was awarded to Maurice Waller. Waller sustained facial fractures during an altercation with a police detention aide while in the 11th District lock-up. He was suffering from mental health problems and took medication for it. Disciplinary action is still pending against the detention aide, as well, as the officer on duty at the time of of the incident.

Notz explained to the counsel that

“While detained, he(Waller) became agitated and disruptive, leading to an incident where he was struck by a detention aide, Waller was then released without being provided medical care. A sergeant found him outside the station needing medical assistance and arranged for him to be transported to the hospital and accompanied him.”

Ald. Patrick Daley Thompson wasn’t satisfied after being told that Waller’s attorneys had made an initial demand of $600,000 plus attorney’s fees.

“Most cases settle. I understand that. But, settlements also breed more lawsuits if they know that the city is going to settle, they’re not going to try cases. If we have a pretty thorough examination and determination that our officer was correct, we need to make sure we’re not settling cases which is breeding more lawsuits and that we’re standing behind our officers so they know that the city is going to be behind them in the work that they’re doing. Not that I want to blindly go into a case and support a police officer and lose because that hurts everybody. But on some of these cases, we seem to be settling quite a bit. ”

Notz stressed that Corporation Counsel Stephen Patton has worked hard over the last four years to do just that.

“He’s taking cases to trial that really can and should be tried,”

She also argued that the Waller case was not one of the cases that was a case that should be taken to trial. I suspect it is because she knows that breaking the face of a mentally ill man and then releasing him without medical treatment wont be seen as conduct becoming of an officer.

It would appear that the city of Chicago is not interested in justice, disciplining their officers or transparency. Their main priority is escaping 2 verdicts that when ruled for the plaintiffs would not only be detrimental blow to the cities financial foundation but also expose the closest thing to the truth anyone will ever know about these incidents, and that may be the hardest obstacle to overcome.