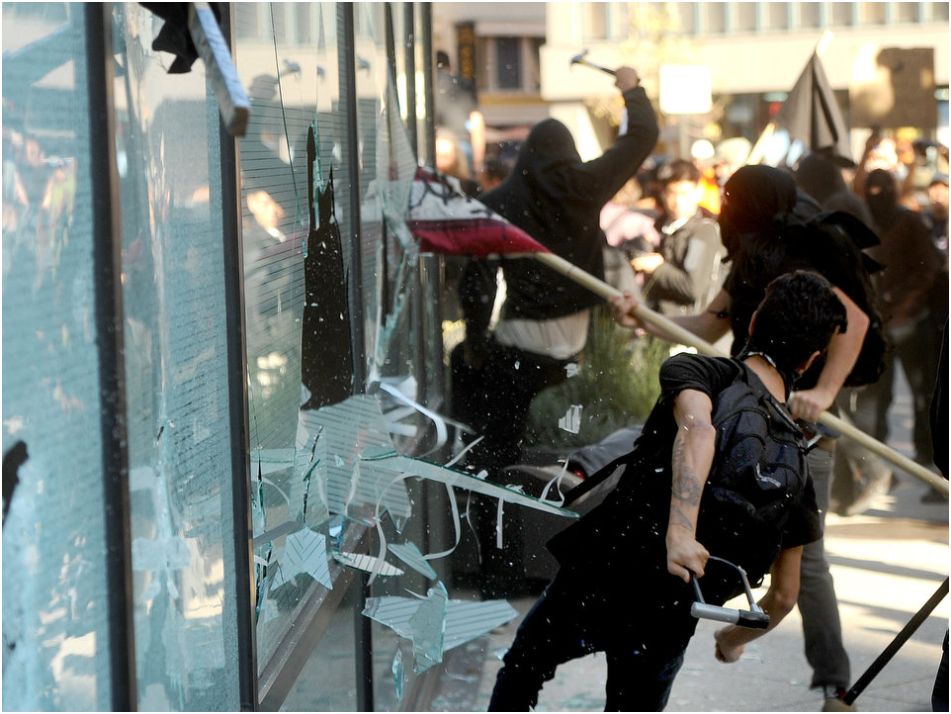 The below block quotes were sent to CopBlock.org via the submission tab. I decided to add my two cents into this post because I think Terrance missed a few points pertaining to Occupy events. He states:

I keep seeing so many of these OWS people getting busted by police videos. I get it, OWS wants… well, nothing clear. No defined goal… But what they are doing is trespassing into streets and impeding traffic, vandalizing public parks and roads and buildings… Then you film it and complain that your rights are violated when the police arrest you while trespassing and/or vandalizing. I only have one issue with this. You commit a crime, then you complain your rights are violated. Your being hypocritical with your actions and words.

How does one trespass on public property? How do you vandalize a public property such as a park? Isn’t public property owned by the people? I’m not justifying or saying I support these tactics – destroying private property is always wrong – but look at it this way.

Sure the Occupy movement has no clear agenda, goal or demands. IMO, that’s because there are so many government caused issues that everyone’s demands are different. When “the government” (via politicians – who claim to be working for you) forces you to comply with “the law” and punishes (with fines, prison or seizing property) those who refuse to do so, what other recourse do people have?

I say lets start the conversation where the conversation begins, why are people in the parks and streets anyways? Maybe the endless wars in the Middle East, troubled economy and growing police state have something to do with the increased displeasure for government controls (ie, laws). One day people, like those at occupy, will realize the common factor – the cancer to most any social problem today – the government.

This is something Terrance has over looked as well.  Using his logic, the people have a right to protest or assemble as long as they don’t break the law. Yet, as you seen in the Occupy movement, the government (police and politicians alike) create city ordinances and/or state laws against being on public property at certain times (that they decide as they go). Yes, this is confusing because as I stated above, public property is owned by everyone but regulated by few.

How can a government that claims to be the freest in the world arrest people for peaceful assembly and free speech? Or, on a small side note, cage the most people than another country in the world? Isn’t Freedom of Speech, the right to peacefully assemble and to be free to live your life  the pilars of some crazy government document that was written hundreds of years ago? Why aren’t people questioning the government as much as the protestors Terrance?

The police do NOT decide who breaks laws in these OWS marches/camps. They only follow their orders which is to clear out the camps/rallys when they become a problem. I love what this website does when it comes to accountability, but come on.

Don’t be the NEED for change, be the change that is needed.

I could go on about police and their ability to use discretion, or the fact that most of the violence at Occupy events happens after the police initiate force. Instead, I’ll agree with you. “Don’t be the need for change, be the change that is needed” is exactly what every officer should be telling themselves before they go out on their shift. Start with those who believe badges grant extra rights.