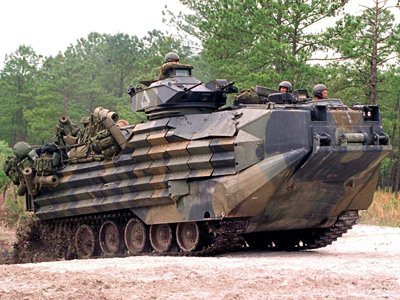 The US government has been giving local police military equipment from battlefields across the world. Here is a list of current proven equipment used by law enforcement, given to them through the Pentagons Federal 1033 program. In 2013 alone, $449,309,003.71 worth of property was transferred to law enforcement,  the agency’s website states. Another reason why federalization of our local law enforcement agencies is a bad deal  for cities all across America. The police who historically have had a rocky relationship with federal agencies, now train alongside them and the military.

The motto of the 1033 program is “From Warfighter to Crimefighter.”

But now even colleges are acquiring these vehicles such as Ohio State University.

Lets take a look at what military equipment the local police are acquiring from the 1033 program.

The LRAD (Long Range Acoustic Device) was used for the first time in the USA in Pittsburgh during the time of G20 summit on September 24-25th, 2009.

It is designed to pierce your ears and strike terror among its recipients.

The Milwaukee Police Department has upgraded using the 1033 program to an advanced spying system known as “Stingray”. Stingray is a suitcase-sized device that masquerades as a cell tower to deceive cellphones into connecting to it allowing the police to download all your conversations and texts. A violation of your 4th amendment right.

Hailstorm Technology, like Stingray, can download cell phone conversations and texts from local users. The ‘HailStorm’ is a device obtained by Police through the 1033 Program.

There isn’t much information available on what exactly it can and cannot do.

MRAP (Mine-Resistant Ambush Protected) vehicles are armored war vehicles used by various armed forces, whose designed purpose is surviving improvised explosive device. The government is giving away 13,000 of these to patrol American streets. There have been zero instances when a MRAP has been needed because of an explosive mine scare in America, yet departments all across the country continue to receive these.

St Louis Police where quick to use a military medical vehicle as an offensive unit during the Ferguson riots.  The Lenco BearCat is an armored personnel carrier designed for military evacuation and rescue missions.

APC (most people confuse as a tank)

The M113 is a military vehicle manufactured by BAE Systems. Dubbed “The Tank” by locals,  is really a type of APC (Armored personal carrier) armed with a primary weapon of at most a 20mm autocannon before falling into the infantry fighting vehicle sub-classification, and will most likely be outfitted with one or more machine guns ranging from 5.56mm to 7.62mm.

The Sheriff in Rock County, Wisconsin, purchased one of these with a bearcat instead up upgrading out of date handguns.

The GTK Boxer is another form of APC (Armored personal carrier). The Military equipment has a multirole purpose designed to accomplish a number of operations through the use of different installable add ons. It could be a offensiv evehicle, or it could be a defensive vehicle. It is created and designed by the ARTEC GmbH (ARmoured vehicle TEChnology)

Police in Cobb County, Georgia, now have an amphibious tank. The sheriff of Richland County, S.C., proudly acquired a machine-gun-equipped armored personnel carrier that he nicknamed “The Peacemaker.” Business Insider Reports.
The Rook

Once upon a time you where a conspiracy theorist for beleiving drones would be hovering over our homes. Now you can expect everything from pizza delivery to local law enforcement using these units. These will come taser ready and with 3D inferred mapping so do not expect privacy, even in your own home.

Missouri police participating in the 1033 program have received -“aircraft (both fixed wing and rotary) and four-wheel drive vehicles (such as pickup trucks, blazers, ambulances and armored personnel carriers),” according to the state’s Department of Public Safety.