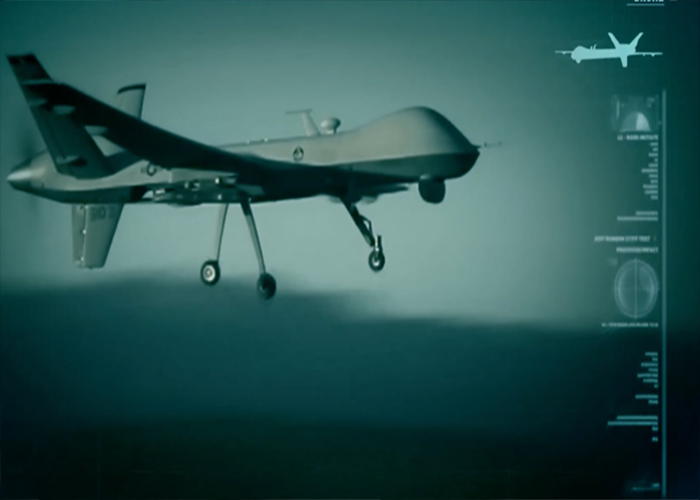 Military leaders look for the brightest potential at game fairs, using the latest wave of popular war games as a tool to recruit future pilots.

“Video gamers do have a skill set that is very important and actually enhances the skill set of drone operators. So when I talk to people about this, I say we don’t need Top Gun pilots, we need more of Revenge of the Nerds,”  claims former Navy Pilot Missy Cummings.

Many gamers do not have an understanding of what they are in for until they are already behind the controller.  Former drone operator Michael Haas shared his experience:

“I had no idea what it was, I had no idea what I was in for,” said Haas. “I didn’t know where Creech Air Force base was. I wasn’t even 20 years old at that point, when i discovered I was going to be in that so it was all very new and different. I thought it was the coolest damn thing in the world, aww man, I get to play a video game all day. Then the reality hits you that you might have to kill someone.”

“In our control room they had a picture of September 11th of the second plane hitting the building, just to try make you all pissed off about it right before you do your job. These guys have to die, these guys deserve to die and you got to make that happen,” Haas explains.

Former drone operator Brandon Bryant shared his disturbing memories describing the sequence to take ones life as “just point and click,” that simple.

“We sat in a box for nearly 12 hour shifts, all the lights were usually off except for the light coming from the monitors. I remember watching a wedding, and these were people enjoying themselves, these were people celebrating like…a wedding you know, but someone in that wedding was a bad person. We are the ultimate voyeurs, thee ultimate peeping Toms, no one is going to catch us, and we are getting orders to take these people’s lives, it was just point and click.”

The psychological stress of killing human targets is a heavy burden to carry. Soldiers who struggled with leaving their job at the door mentally, were threatened by commanding officers when requesting professional therapy to help alleviate stress, according to Bryant.

“However, it was not that people thought that it was like flipping a switch, your in war, your out of war, your in war, your out of war. But every time I left, I was still fighting the war.  Anyone who had any sort of mental issues or qualms about it, was told to just shut up and color, do your job,  nobody wants to hear your bitching. If you wanted to go talk a therapist about it, they would say, ‘well if you do your security clearance is going to get taken away,’ that scared alot of people, but we could see a Chaplin and the general response we would get is ‘that it was all part of God’s plan.’

The era of military robots is soon coming and many drone operators are concerned over the future of autonomous warfare.

“It feels like we are going through a bad science fiction novel. If we dehumanize war, if we take the human aspect out of it, whats to stop us from just sending a bunch of Automaton robots into another country and let them whipe out the entire population. People were writing about this in like the early 1900’s, what could happen, and were watching it happen,” concluded Bryant.