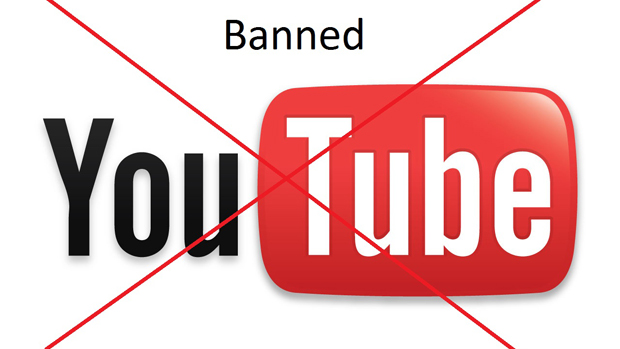 *The article below was written by Andrew Meyer, of PINAC, it highlights the sites on going issues with YouTube – who’s own by internet giant Google – and the recent termination of their YouTube account. Below is a detailed post of YouTube’s censorship of their material that they can no longer access.

Though YouTube – as a business – should be able to allow, or not allow, what they want on their site, it does appear that they are being selective with their enforcement. Please consider showing your support for PINAC and hash tagging #YouTubeCensorship and/or #PhotographyIsNotACrime.*

Start of PINAC post by Andrew, as posted on Photography Is NOT a Crime:

On October 27, YouTube terminated the main channel of Photography is Not a Crime, claiming the channel posts too many videos that are “violent or graphic content that appears to be posted in a shocking, sensational, or disrespectful manner.”

Because of that, PINAC lost hundreds of videos it had posted on the channel.

However, PINAC’s account was suspended in August for airing footage of the Virginia reporters getting shot to death, which many news stations chose not to run.

“We did so because we wanted to give readers the choice to view the full video if they wanted rather than make the decision for them,” said PINAC Founder and Publisher Carlos Miller. “While many news stations chose not to run that video, Washington Post media analyst Erik Wemple was quoted in an interview that not running the video in its entirety is ‘coddling’ the readership – which was our viewpoint all along.”

Wemple stated the following in that interview:

“If you really want to understand enormity and the horror of what happened, I’m afraid airing the video is one way to get that across,” he says.

“I don’t see the point in not telling the full story,” Wemple adds.

News outlets are not showing the images and posting the videos because, as the The New York Times put it, “we didn’t want to force people to see it,” he says.

“I think that’s coddling the audience a little much,” Wemple says.

YouTube then suspended the account again in September after PINAC aired a video of Delaware police shooting and killing a man in a wheelchair.

And the last straw was in October over a video of a Canadian cop repeatedly running over a dog before stepping out of his patrol car and shooting it to death.

That was when we received the following email.

YouTube continues to host thousands of channels that could also be described as “violent” content providers, including channels specializing in professional fighting highlights, clips of people fighting in the street and other channels with nearly identical content to PINAC.

Mark Dice, who has posted videos exposing the Bilderberg Group and other topics blacklisted from corporate “mainstream” media also had his channel deleted in March of 2014. When Dice made a video drawing attention to this blatant censorship on his secondary channel, that channel was then also deleted without explanation, despite zero negative history against it.

YouTube has a long history of shutting down alternative media channels, including those of Russia Today, Federal Jack, Stefan Molyneaux, and Alex Jones. And YouTube is not alone in their censorship of alternative media.

It’s upsetting that YouTube would destroy a year’s worth of news journalism, including numerous worldwide exclusive videos. Our numerous YouTube Live interviews with key sources from the Baltimore Uprising were due to be arranged into a feature length movie, but now it appears all of that hard work was for naught.

The summary delation of our YouTube account harms the public interest in knowing how our government officials behave when caught on camera, and breaks countless hundreds of news stories around the country who linked to our videos.

We have appealed each suspension only to be quickly denied. We appealed the last decision but don’t expect YouTube to restore our channel judging by their denials on previous appeals.

But we’re not holding our breath, so we are now using this channel as our main YouTube channel.

Please click below to make a donation in order to support independent journalism (editors note: donation button is for Photography is NOT a Crime, NOT CopBlock.org – but we appreciate your support of other police awareness sites).