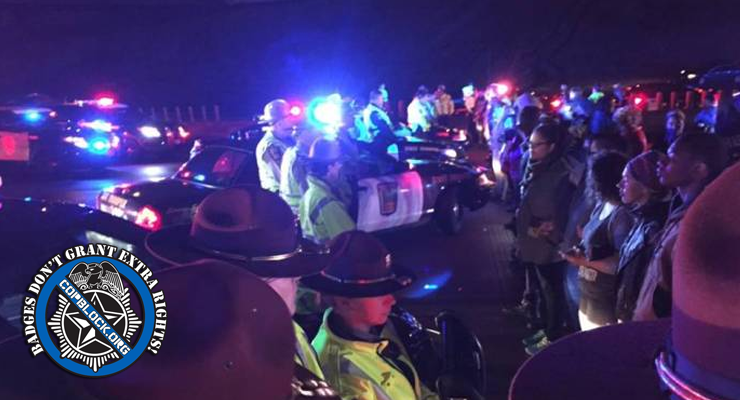 Jamar Clark was shot around 12:45 Sunday morning after police were called to the James and Plymouth intersection for an interpersonal dispute between Clark and his girlfriend. The story goes that Jamar assaulted his girlfriend and when EMT’s arrived he physically interfered with their treatment of her and tried to drag her out the ambulance. Clark’s girlfriend, whose name is unknown at this time, is said to have injured her ankle severely enough to require surgery.

Multiple witness statements saying Clark was handcuffed at the time of his killing contradict the official police narrative that is propagating an idea that Clark struggled with officers and gained manual control of one of their weapons, forcing one of the officers to blow his head off. Clark died Monday after being taken off life support.

Something I find concerning about this whole incident is that Jamar Clark’s girlfriend has been missing from the conversation all week. Her silence is concerning because I believe she is the only witness who can put an end to the debate revolving around Clark’s detainment status, but also because no one seems to have asked her what really happened. She would be able to provide the most reliable account of what happened that night.

Eyewitnesses say he was in restraints when he was killed.

Nekelia Sharp, a witness at the scene said it started when the man got into an argument with his girlfriend. She said police took him out of cuffs after he was shot.

“He didn’t resist. He did not fight back. There was no struggle and he was in handcuffs when he [a police officer] shot that young man, we were literally forced back into our apartment units so we would not be able to talk about the incident that happened.

While being legally detained he chose to resist, fight officers and seize control of an officers firearm. Mr. Clark was given multiple opportunities to desist, instead he chose to engage in a life or death struggle over officers weapons

The BCA (bureau of criminals apprehension) is refusing to release the collection of partial videos pertaining to the nights events as it might taint witness testimony. If this is actually the case and they are not trying to protect their own from repercussions, why are videos of armed robberies released, as well as, officer involved shootings that are “justified”, wouldn’t those taint jury verdicts and witness testimony as well?

Double standards are just another one of the many problems in policing. Their actions are not universally applied. They release tapes that are pertaining to ongoing investigations, when it will help identify perpetrators. They release footage of officers involved shootings when it benefits them. In fact everything the states legal system participates in, is entirely self serving. The only reason I can think of that these tapes have not been released is that they contain an objective record of Clark being murdered while in restraints and would expose the BCA, the MPLS police department for trying to cover up another police murder.  After all, we have been saying for a significant amount of time that Minneapolis is one bullet away from being the next Ferguson. That bullet might have been fired early Sunday morning.

If the shooting is ruled justified, and Clark is shown to be in restraints, it only proves the extent of the State’s propensity to lie in order to protect their henchman. If it shows that he was violent and grabbed for an officer’s gun it discredits the witness statements. If the agenda of the City of Minneapolis was in the interest of justice for Jamar Clark and his family, as well as protecting their officers from false claims why go to such great lengths in order to control the narrative and maintain custody of visual records pertaining to that morning’s events? Wouldn’t transparency with the community about the events that transpired that morning be the best option? No matter what it shows.