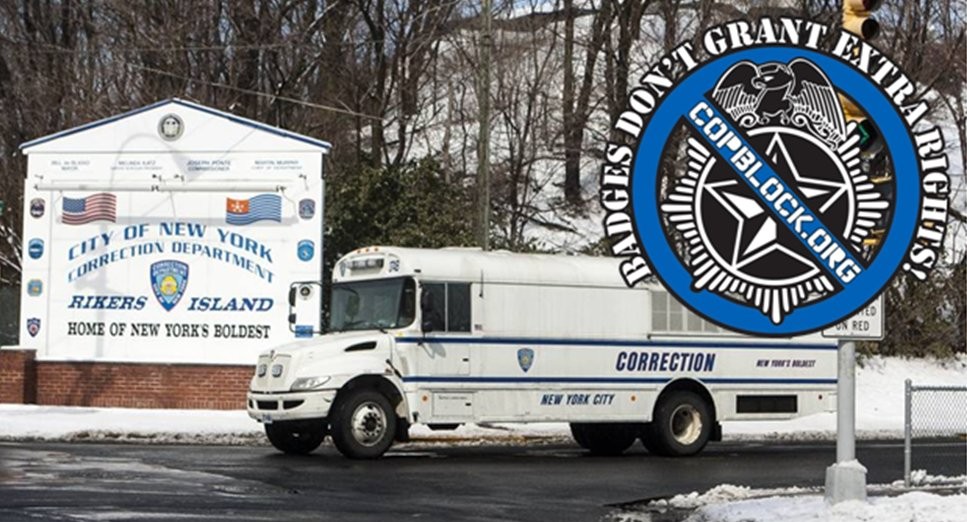 A new federal lawsuit is alleging that a New York City corrections officer raped a female inmate for more than 15 minutes on a jail transport bus while another officer watched.

The woman, who’s identity has not been released, says the bus was inside the Rikers Island jail complex on March 20 where she had a consensual sexual encounter with a male inmate who had bribed a corrections officer to leave the two alone.

The lawsuit asserts that during the encounter, the officer got back on the bus and told the male inmate to leave before forcing himself on the woman.

During the assault, another officer reportedly climbed on the bus and the officer committing the rape said he wanted to “give [him] a show,” the lawsuit says.

That officer then allegedly proceeded to watch the woman being brutalized and did nothing to intervene.

The two officers have only been identified by their last names: Figueroa and Pearson. The implicated rapist is Figueroa, the lawsuit says.

Male and female inmates traditionally share separate accommodations in the New York City Dept. of Correction. They are routinely transported together to different jail facilities however.

The two officers had reportedly been transporting the woman and five male inmates from Brooklyn to Rikers on the day of the attack.

The suit says Figueroa pushed the woman down on a seat in the back of the bus before she protested and pleaded with him to wear a condom, but he declined.

“[Jane Doe] considered screaming out but chose not to scream because she realized that any officers who might respond from the [prison] were apt to be male,” the federal suit says. “[She] was frightened that they might assault her as well.”

The woman is seeking unspecified damages and claims that rape incidents at Rikers are a common occurrence. Indeed, recent headlines have been riddled with allegations of rape by officers at the jail.

According to court documents, 61 of the 116 sex abuse complaints reported by inmates in 2014 were allegedly perpetrated by staffers and guards. Critics say the NYPD is seldom alerted and that the city government routinely turns a blind eye to them.

“Our affidavit proves the disturbing prevalence of sexual harassment and abuse allegations on Rikers Island, along with a stark lack of coordination between corrections and health care workers in the investigation of the incidents.”

The New York City Dept. of Correction has refused to comment directly on the March incident but a city Law Department spokesman said that the claims will be reviewed when they receive the suit.