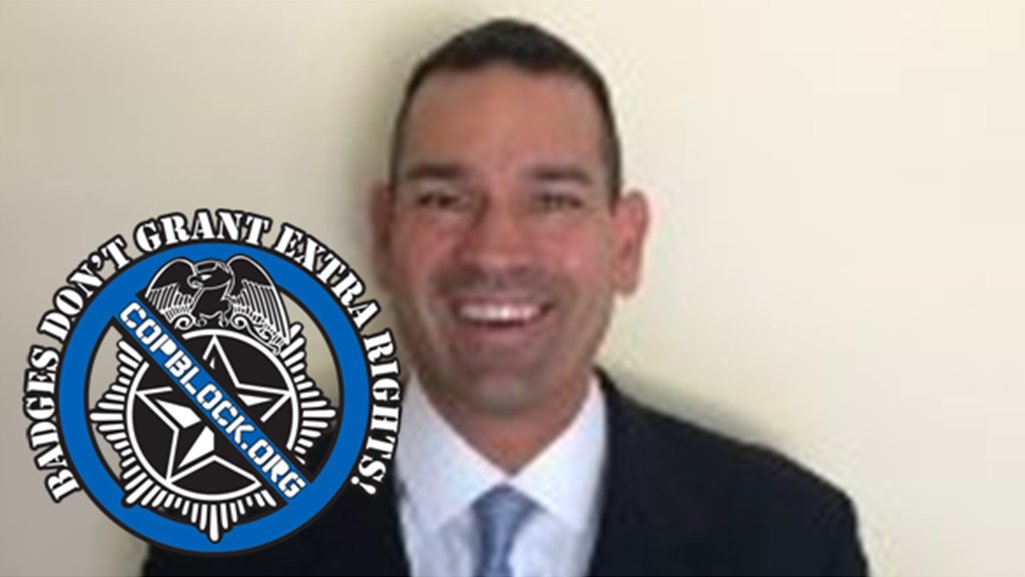 A New Jersey cop is claiming in a lawsuit that he was subjected to 4 years of retaliation by the Bedminster Township police department after informing superiors and prosecutors of misconduct by fellow officers.

Kyle Pirog says that his troubles began in June 2011, when as an acting sergeant he told higher-ups that officer John Dapkins had lied under oath to a judge to obtain a search warrant, and then also lied in police reports regarding a traffic stop.

This led to a review of a video of the stop by now-former-Lt. Craig Meyer, who told Dapkins to fix the report because it didn’t support his version of events. The amended report was then approved with no note of it being changed, the lawsuit says.

Pirog also accused Dapkins of targeting minorities with his stops, and alleges that the officer even strip searched a juvenile and sniffed his underwear because he falsely claimed they smelled like marijuana.

Believing that lying to a judge under oath, altering a police report with no note, and strip searching a minor constituted official misconduct, Pirog approached superiors – but after they did nothing – he went to the Somerset County Prosecutor’s Office, the lawsuit says.

Pirog maintains that after informing prosecutors, he was suspended by the department in August 2011 and became the subject of an Internal Affairs investigation. He says he was charged with 12 policy violations and threatened with losing his job.

In order to avoid being fired, Pirog agreed to a three-month suspension without pay, a demotion, and to apologizing to Dapkins – the lawsuit says – which additionally asserts that as part of the agreement, the department said Pirog wouldn’t be subject to any further disciplinary action.

When Pirog returned to work however, he says he was denied authority over less experienced officers, assigned to undesirable shifts, had a GPS tracker placed in his patrol car, and was required to report as an underling to Dapkins – the very officer he had reported for misconduct.

The lawsuit says that in March 2014, retiring police chief W. Patrick Ussery told Pirog that as long as he or his successor were in charge, he would “never be promoted again.”

After Lt. Craig Meyer assumed the role of chief, Pirog says he was denied a promotion in favor of a less qualified officer – and when a sergeant voiced his disapproval, Meyer opened an Internal Affairs investigation on him as well, eventually leading to his resignation.

It was reported on Monday that Pirog filed the civil suit in Morris County alleging the township police department violated the Conscientious Employee Protection Act in its retaliatory measures taken against him.

“Police and police departments are entrusted to protect the well-being and safety of the public,” Pirog’s attorney Claudia A. Reis said. “[When] you have someone who steps out of that role and targets people… you need people to step forward and out of the blue code of silence… To then target those very people for retaliation undermines what police… do.”

Pirog says he is seeking unspecified damages in the suit and is still fighting for his job.

Documents show that Bedminster Township police officials are still seeking to fire the officer and allege five policy violations, including remaining stationary and running radar for long periods of time without performing his duties or making vehicle stops, and falsifying his daily blotter.