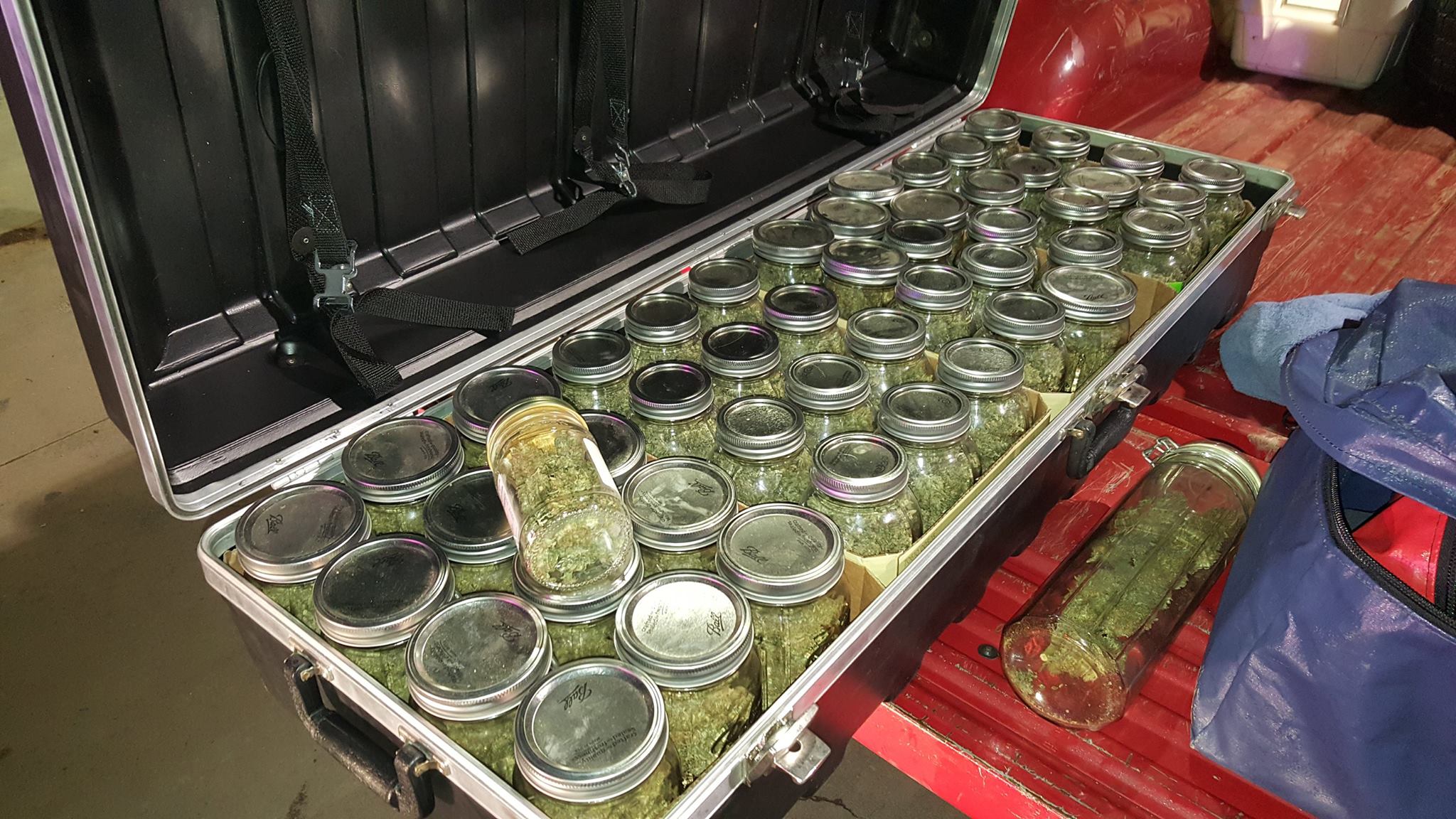 The picture above was posted by the South Coffeyville, OK Police department via their Facebook page with the following text:

52 jars of Marijuana taken off the streets of South Coffeyville. This is the result of stopping a vehicle with a tail light not working. This is why we do it. Good job to all the officers involved in this bust.

Wait a second! Did they just say “this is why we do it [pull people over for minor vehicle violations]?” Not that this is shocking news to most of the readers here, or anyone who’s been transporting large amounts of illegal products, but to have a Police Department blantely proclaim it doesn’t happen often.

This clearly shows that the South Coffeyville police officers aren’t focused on protecting people but extorting them. They don’t pull people over to simply inform them about vehicle malfunctions. No, they stopped people in order to ask questions, search the vehicle and charge them with other victimless crimes. As a bonus they also get to steal your property and boast about it on their facebook page afterwards. Is that not disturbing?

The fact that officers are still doing this with cases like that of former officers Michael Slager (charged with murder over a stop that started with a burnt out light) and Ray Tensing (charged with murder over a stop that started for no front license plate) is surprising. Is a minor vehicle violation worth the risk if there’s a chance you could end up in a cage for the rest of you life? Or the possibility that a fishing expedition might lead to a bust worth the risk that com es with it? I bet Slager and Tensing would say otherwise. Why are police officers still putting themselves into these positions?

Before you say they put themselves into these positions for the people you might want to check out the comments on their Facebook post. There are very few comments in support of this bust and boasting of the arrest. In fact, most the comments I found that are in support were posted by officers. Even people who claimed they didn’t use marijuana were commenting their displeasure in stopping people that were.

Again, this is not breaking news. The police have been doing this for decades to produce a number of arrest which in return make them look valuable or needed. That gig seems to be coming to an end with marijuana bust but it should as well for ridiculous minor traffic offenses. Clearly they’re not about protecting the driver when their 4th amendment rights are violated and, as I pointed out earlier, it’s a risk to the officer as well. That means it’s merely a tactic police use to steal property or extort money from people.

So what can you do to ensure you don’t become a victim of a police department like South Coffeyville’s? The best way to combat fishing expeditions by police is to record every interaction with them. Keep them focused on the issue at hand – the minor traffic violation – by not answering questions (like, “where are you going” or “where did you come from?”) and refusing searches. Also, let the police know when you’re tired of their revenue generation and extortion tactics. They aren’t listening just yet, but the louder we get the more they’ll hear.

Leave your own comment on their FB page HERE.