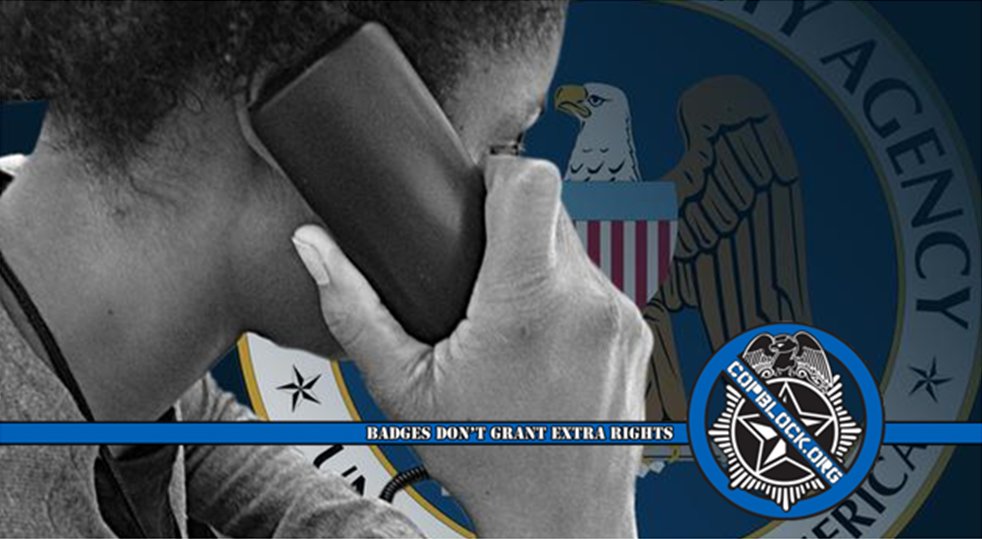 The Obama regime said Friday that the once-secret NSA bulk phone surveillance program exposed by Edward Snowden in 2013 will be halted on Sunday – but little is actually changing.

The program expired on June 1 when Section 215 of the Patriot Act lapsed. Congress revived that provision on June 2 however, with the Freedom Act, but said the provision could not be used for six months in order to allow intelligence agencies time to move to a new system to collect and store data.

In May, the Court of Appeals for the Second Circuit in New York, ruled in a lawsuit brought by the ACLU that Section 215 of the Patriot Act could not legitimately be interpreted as permitting bulk collection at all.

Congress did not include language in the Freedom Act contradicting the Second Circuit ruling or authorizing bulk collection even for the six-month transition. As a result, it was unclear whether the program had a lawful basis to continue.

After the Obama administration applied to restart the program, the libertarian group FreedomWorks filed a motion in the surveillance court saying it had no legal authority to permit the program to resume, even during the six month interim.

In a move that saw little media coverage, the governments secret Foreign Intelligence Surveillance Court ruled at the end of June that the NSA could temporarily resume its stasi-style telephone surveillance practices for the time being with Judge Michael W. Mosman rejecting the challenge by FreedomWorks, and additionally deeming that the Second Circuit was wrong.

“Second Circuit rulings are not binding,” Mosman said. “This court respectfully disagrees with that court’s analysis, especially in view of the intervening enactment of the USA Freedom Act.”

When the Second Circuit issued its ruling that the program was illegal, it did not issue any injunction ordering the program to halt. The court said it would be prudent to see what Congress did as Section 215 neared its expiration date, but the ACLU since, did ask for such an injunction.

“Neither the statute nor the Constitution permits the government to subject millions of innocent people to this kind of intrusive surveillance,” ACLU deputy legal director Jameel Jaffer said. “We intend to ask the court to prohibit the surveillance and to order the NSA to purge the records it’s already collected.”

It was unclear whether the Second Circuit still considered the surveillance program to be illegal during the six-month transition period, but Judge Mosman said that because Congress knew how the surveillance court was interpreting Section 215 when it passed the Freedom Act, lawmakers implicitly authorized bulk collection to resume until it went into effect.

The three-judge panel ruling for the D.C. Court of Appeals struck down an injunction against the government granted by U.S. District Judge Richard Leon in December 2013, who found that the collection of meta-data like call times, duration, and phone numbers “most likely” violates the Fourth Amendment.

The case was originally brought forth by conservative activist Larry Klayman in 2013, who sued the federal government following the Snowden leaks.

The appeals court did not rule on the legality or constitutionality of the NSA surveillance program, but instead, the unanimous opinion maintained that Klayman could not have legal standing in the case unless he could prove his phone records were specifically included in the data collection apparatus – something that was, due the secretive nature of the program, impossible.

The court wrote, “in order to establish his standing to sue, a plaintiff must show he has suffered a ‘concrete and particularized’ injury,” adding that the plaintiffs in the case “fail to offer any evidence that their communications have been monitored.”

The ruling followed the passage of the Freedom Act two months prior – that is now supposed to force the NSA to stop warehousing telephone metadata starting on Sunday. The act allows the information to remain with phone companies, but unfortunately, it can still be searched by the government after authorization from a secret counter-terrorism court that has no public oversight.

Wow, now that’s some real reform isn’t it? The law has been widely derided as a water-downed fraud by privacy advocates not only for its modest limits on bulk data collection, but because it restores things once authorized by the Patriot Act like for roving wiretaps.

NSA whistle blowers have also condemned the bill. 30 year NSA veteran and crypto-mathematician William Binney has said the act “won’t do anything,” and asked, “Why do you think [the] NSA [and other intelligence agencies] support it?”

Likewise, former NSA senior executive Thomas Drake – who was prosecuted unsuccessfully under the Espionage Act before pleading guilty to a misdemeanor in 2011 – has called the bill the “Free-dumb Act,” and said he sees it as just a ploy by officials “to keep the status quo in place.”