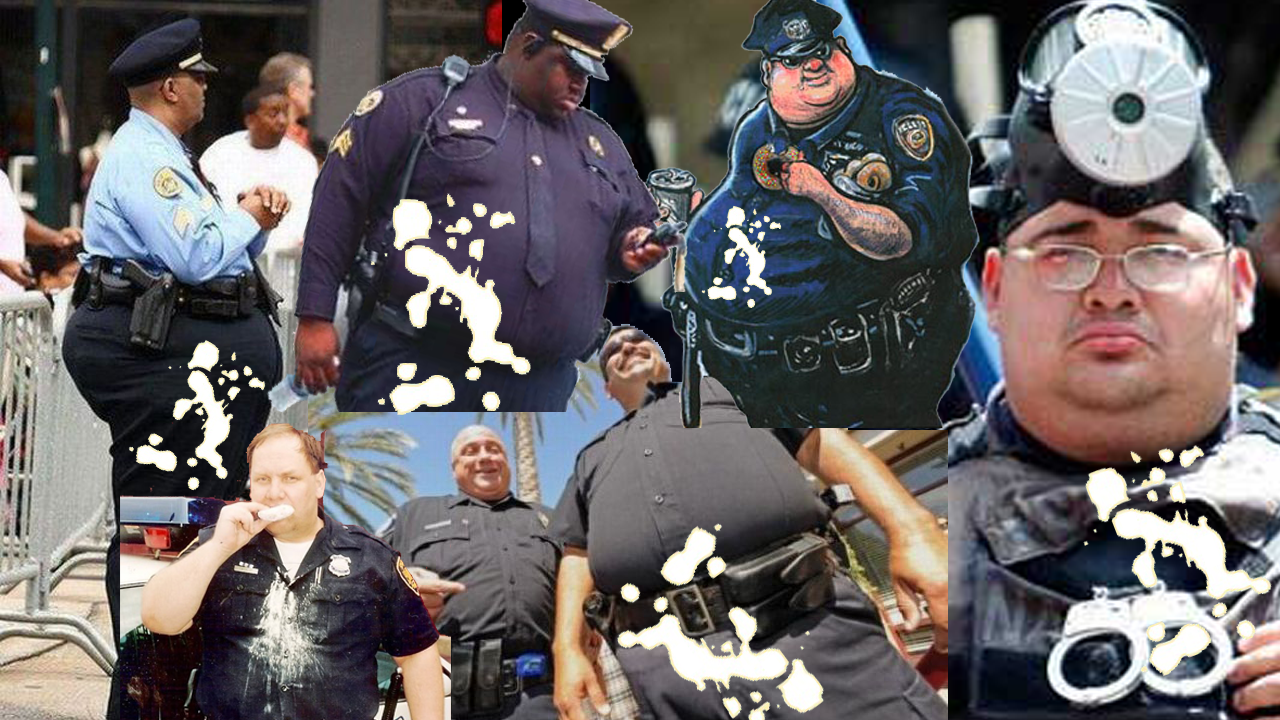 Next, government school employee Mike Frassetto calls in to share the story of Allentown law enforcers assaulting a group of children. The kids recorded the assault, but they were charged with crimes instead of the badged individuals who attacked them with tasers, fists, and kicks to the stomach.

Just a few bad apples? Bull. The story of Kyle Pirog makes it clear why ALL cops are bad. He is a law enforcer in small New Jersey town who reported his coworker for unjustly strip-searching and sniffing the underwear of a juvenile. His superiors did not punish the pedo-cop but instead punished Kyle for reporting his criminal coworker. They subjected him to an investigation, charged him with 12 policy violations, gave him less desirable shifts, had a GPS tracker placed in his patrol car, gave him a 3-month suspension without pay, and required him to report as an underling to the very man whom he had reported. Why don’t more cops do the right thing and stop their coworkers from committing crimes? The answer is in what happened to Kyle Pirog and the countless others like him: the good ones either quit or learn to keep their heads down. There are no good cops because even Kyle continues to compromise his integrity and work for the very organization that victimizes the public. Instead of pursuing justice, he pursues a paycheck.

That makes it easy for law enforcers like Daniel Gross to boss around our friend and host Severin Freeman when he is recording them from a convenience store parking lot. Severin was recording a routine traffic stop from a distance, and Gross didn’t like it, so he went into the convenience store and emerged moments later threatening to arrest Severin for trespassing if he continued to record from where he was standing. Of course, if Severin were cheering the cops and thanking them for their service, Daniel would not have walked across the parking lot to ask the store owner if it is okay for Severin to be there. Daniel used the intimidation of his badge and gun to punish Severin for recording him. Daniel feels like a big man when he can make other people do things they don’t want to do because he is willing to kill anyone who disobeys him. Severin handles the encounter with grace despite being threatened unjustly. He wisely complies and remains polite but persists in recording so that others may see this injustice. The future will not look kindly on bullies like Daniel, and his actions are preserved forever on YouTube. In a PR video produced by the government of Allentown, Daniel says he can’t picture himself doing anything else. Maybe that is because no other job lets employees use intimidation, threats, and deadly violence against its customers.

Speaking of murdering your customers, video released this week shows the execution of 17-year-old Laquan McDonald by law enforcer Jason Van Dyke. With one shot, Laquan fell to the ground, but Jason shot him 15 more times, unloading his weapon on the boy as he lay on the ground. Law enforcers in Chicago initially claimed that Jason had to shoot Laquan to protect himself, but even the state’s own attorney said that the shooting was not justified. The city executive branch attempted to prevent the judicial branch from releasing the video by claiming that people may riot when they see what happened and learn that their local law enforcers lied for over a year in an attempt to cover up their crime. There have not been any riots, but instead something much worse for the Chicago Police outfit — for the first time in 30 years, one of their own is being charged with murder.

Governments keep losing! In New Hampshire, the people calling themselves “the City of Keene” have lost a case against the self-proclaimed “the Robin Hooders” (again)! For years, the city employees have spent hundreds of thousands of taxpayer dollars trying (unsuccessfully) to prevent people from getting ahead of the meter maids and feeding expired parking meters. This week, a superior court ruled that the city cannot infringe on these individuals’ exercise of free speech. Will the city continue to hemorrhage money by bringing this un-winnable case to the state supreme court?

Speaking of hemorrhaging taxpayer money, the government of Fullerton, California is going to hit up its residents for $4.9 million dollars to pay damages to the family of Kelly Thomas, a man their employees beat to death on video for no reason. Kelly was known to the community and to the law enforcers to be harmless. He had committed no crime, and yet six law enforcers conspired to murder him on the street with their bare hands while he cried for his father’s help with his final breaths. To this day, no government employees involved have been punished in any way, and the outfit maintains the position that the multi-million dollar settlement in no way reflects their guilt.