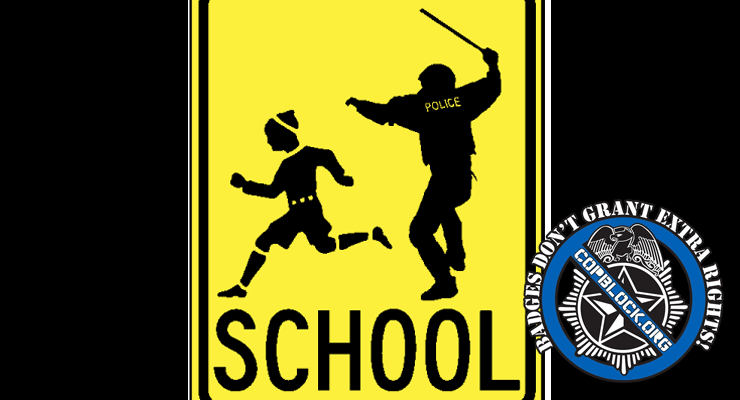 The following post and video was sent via CopBlock.org’s submission tab by Isiah Holmes.

I am an aspiring journalist who, during my high school senior year, noticed this type of behavior between teens and officers becoming more common. I myself have been racially profiled, stalked, stopped, etc by this particular department. This department is known to discriminate against people of color but their interactions with teens is entirely undocumented. Adam’s encounter [shown in video below] is just one tale in a larger net of events which could only be described as a crackdown. Officers burned some of the forts they discovered, the full scope of the situation, however, is quite complicated. The crackdown is entirely undocumented due to a redaction policy in police reports, common throughout the midwest, which WPD appears to be abusing.

The video below is the second of three sneak peeks which will proceed the releasing of the re-edited police documentary “Speak Friend And Enter.”

Speak Friend And Enter investigates reports of misconduct committed by the Wauwatosa (WI) Police Department (WPD), just outside of Milwaukee. The film looks into the department’s longstanding reputation for racial discrimination, it’s participation in several large scale teen drug use crackdowns and the introduction of a policy of withholding arrest information, thus keeping the community in the dark. The fully re-edited film will be released soon.

This particular video depicts teen eyewitness accounts to a very obscure WPD operation against teen occupied Woodland Forts. Some teens smoked marijuana and drank at the Forts though not all did. According to the teens, it got to the point where anyone under the age of 18 would be approached and searched if they were in the woods, which is public property. This particular teen, Adam, was essentially jumped by an undercover officer who searched him without saying anything to him first. During the encounter officers confiscated the boys pocket knife (used it to slash his bike tires), broke it and then gave it back to him. When he tried to put his hands down they said they’d put his face in the rocks. They proceeded to question him, not about anything they found on him, but wanting names and information of teens in the area. Adam never received a ticket or any sort of punishment for the grinder and weed officers found on him. Adam believes this is because the officers knew this was a dirty search.

I will continue to send you links and further information on my film, which delves to the core of this story. Please feel free to do whatever you want with what I send your organization. I, as a citizen journalist, simply want the truth out there for everyone else to decide its quality, whether it’s right or wrong, etc.
– Isiah Holmes

I applaud Isiah’s efforts to highlight the actions of the local police department. I can remember being a teen and not having anywhere to go as well, but I grew up farther North than this in Wisconsin. Our forts and hangouts were rarely impeded on by anyone, let alone cops. The police probably failed to do any sort of paperwork or documentation of the ‘crackdown’ due to the fact that it was probably deemed a low risk task. Yet, that doesn’t mean that these kids don’t have rights but the police were probably too busy trashing the forts to care about those.

Instead of the “smash all the forts” and hope the kids don’t come back approach the police took. They could have chosen another angle to address this problem from. The police went into the woods with undercover cops and in a heavy handed manner. That tells me that they didn’t stop to address (or maybe even identify) why the kids are making forts in the woods to begin with.

Is it the war on drugs that drives high schoolers to the woods? The poor economy that no longer provides places for teens to hangout at? I’m sure if the police stopped playing their part in the government sanctioned taxation and oppression of people, the forts in the woods wouldn’t be the only problems to magically disappear. Yet, they do not because we do not demand a better policing service or option(s) yet. Until more folks demand a better service this is what we’ll get.

And if you don’t know what I mean, simply check the video section of this site or wait for Isiah’s documentary to come out.