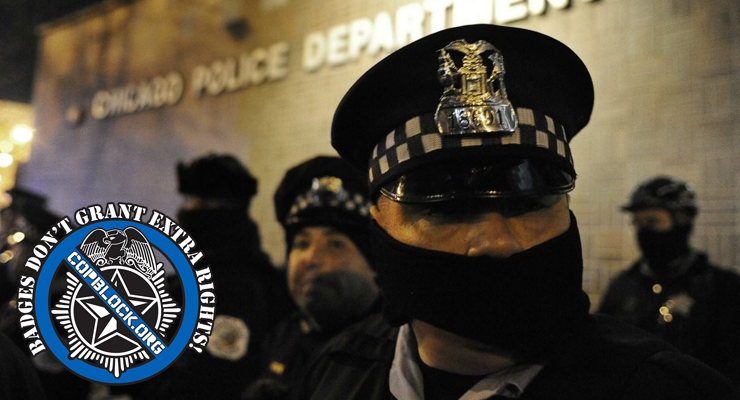 Minutes after Lauqan McDonald was killed by Jason Van Dyke in the middle of a Chicago street, police officers went into a Burger King across from where Laquan was shot and demanded to review their password protected surveillance camera. Jay Darshane said he was called by the stores assistant manager and authorized giving the code to the police.  the Darshane only wanted to comply with the police. He had no idea they would delete the files, he told the Chicago Tribune.

“I was just trying to help the police with their investigation, I didn’t know they were going to delete it.”

Police were in the Burger King for almost 2 hours and didn’t leave until around midnight. When the cops had trouble operating the programs they brought in their own specialist. In addition the FBI took the entire digital video surveillance system, including all of the footage. When the police left the building a mysterious 86 minute gap including the footage of McDonald’s final moments was missing. Attorney Michael Robbins said:

“A police detective and a technician went into the Burger King…and the Burger King employees, including the manager, looked at the video, and found about 83 minutes of video that were missing, which included the time the shooting occurred.

Jay Darshane and the technology support employee who unsuccessfully tried to recover the footage testified in front of a grand jury earlier this year about the missing footage.

The surveillance system likely wouldn’t have caught the shooting itself, but two cameras positioned to face the restaurant’s parking lot and drive-through lane may have captured McDonald’s movements in the critical moments before Van Dyke opened fire.

We have looked at those videos and it doesn’t appear that it’s been tampered with.

There were apparently technical difficulties but in no way, shape or form is there any evidence that anything was tampered with.

The Burger King manager told WGN that police, somewhat ironically were also caught on the same surveillance system deleting files. The FBI now has that video.

Federal prosecutors said this week that their investigation is continuing, but would not comment further.

Not only did the police take nearly a year to bring charges against the officer who killed Laquan, but it would appear other officers attempted to aid in the cover up by deleting an hour and a half worth of footage from Burger Kings surveillance system. When it comes to brutality, this is just another notch in the belt of the Chicago PD. They have a history of violence and recently settled almost a million dollars in brutality suits with the family of a man killed after an officer mistook a bag of weed for a firearm, and another man who was assaulted at one of the cities detention facilities.

“I’ve never quit on anything in my life. I’m 56 years old. Don’t expect that to change. The mayor has made it very clear that he has my back, and if people peel away the onion on what’s happening right now in the policing world, you’re going to find a police department that’s doing an exceptional job, and quite frankly I’m not going to quit on the people of Chicago, and I’ll never quit on these men and women.”

I’m not entirely sure what passes for an exceptional job in the world of law enforcement but I would imagine that murdering a teenager and covering it up, as well as, beating a mentally ill mans face in or shooting someone for having a bag of weed in their hand falls into that category. Only in an institution as self-serving and parasitic in nature as government, will someone tell you that murder and deceit qualify your performance as exceptional.