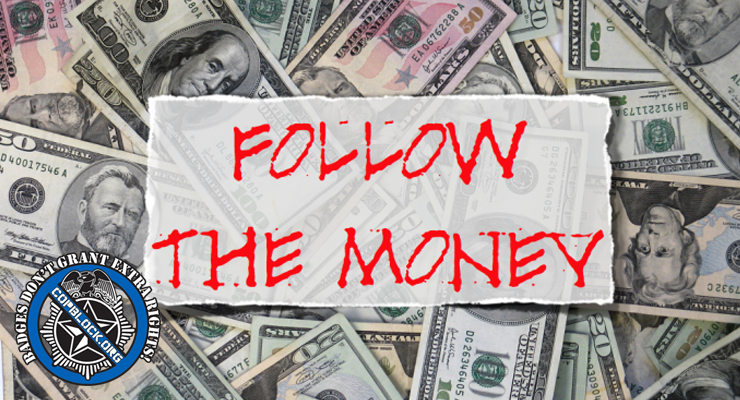 This post was shared with us on behalf of Dr. Patrick Solar anonymously via our submit page. If you have a story of your own that you would like to share with us consider joining the CopBlock Network and connecting with other likeminded individuals spreading the message that badges don’t grant extra rights, or submit a post.

I would like to submit this original piece for consideration on your blog. This piece was written by Dr. Patrick Solar, the assistant professor of Criminal Justice at the University of Wisconsin-Platteville. Dr. Solar has over 30 years of experience working in the police department.

There once was a popular public works supervisor who was promoted to Village Administrator in a small village in northern Illinois. The idea of bringing in an educated outsider to take on these duties was scary for the tight-knit group of elected village officials, so they chose Ralph, a bright but relatively uneducated local who they knew would get along with everyone.

The big project on the mind of village officials was the need to build a modern police facility. The new administrator immediately embarked upon the task. Soon, they had a state-of-the-art police station with no residual debt. Everyone was amazed that Ralph found the money and completed the building. A neighboring community even offered him a better job as their administrator.

Next, a representative of the local senior citizens group approached the village inquiring about the status of the new senior center. After all, a wealthy donor had given over three million dollars for it. “Well…we don’t know anything about that money,” was the reply. An audit revealed that those funds were added to the General Fund and spent primarily on the new police department. As a general rule, police departments need to account for donated money in a separate fund as part of the general ledger, and the village administrator did not know this. He tried to cover his tracks with a series of even more serious violations, resulting eventually in a lengthy indictment.

Lesson: Protect Your Money through People, Practice, and a Paper Trail

As an aspiring city manager or Police Chief in a notoriously political environment, you can get into trouble if you don’t know how to handle public monies. This was why I concentrated on municipal finance and budgeting in graduate school. A few months of working in my own city’s finance office cured me of my ambition to be a city manager, but this lesson stayed with me.

The death of Fox Lake Lieutenant Gliniewicz, now characterized as a staged suicide, has left the community in shock. They were led to believe that he was a local hero shot down in the line of duty. Now, there is clear and convincing evidence of criminal wrong-doing on his part regarding his management of the Police Explorer post finances. As a society, we should be angry. But at whom should we direct our anger?

This case illustrates that police officers are mere human beings, susceptible to the same mistakes as anyone else. Although held to a higher standard, they sometimes depart from the rules that define their role as people worthy of public trust. In the absence of “doing things right” with regard to the management of public monies, we should expect to see similar cases in our own backyards. It will take Fox Lake decades to regain public trust as the result of this preventable tragedy.

“If it’s predictable, it’s preventable.” These wise words are the hallmark of risk management. Preventative procedures that are easy to implement, cost virtually nothing, and make it exceedingly difficult for people to engage in theft and fraud should dominate our thinking about the management of public monies.
So what stands in the way of implementing these practices? First, laypeople such as mayors, city clerks, and even police chiefs may be unaware of these routine internal control practices. Second, even when aware, officials are reluctant to implement them because they feel it would be a sign that some colleague is not trustworthy. They want to avoid potential conflict.

We are all human beings. As such, we want to be liked. However, doing things correctly in the context of public finances is much more important. The need to account for public monies is all too often neglected. Had that been done, Lieutenant Gliniewicz would not have had the opportunity to engage in fraud, would likely still be alive today, and the Village of Fox Lake would have been spared this heartache.

Here are my top 4 internal controls that should be at the heart of every municipality’s practices.

Separate Duties
Separate cash handling duties among different people. No single person should ever have control over the entire cash process.

The chief executive officer, mayor, clerk or chief of police needs to be able to answer the following questions:
1. Who has access to cash?
2. Why do they have access?
3. Where is the cash at all times?
4. What has occurred from any given transaction’s beginning to end?
Best practices:
• Make receipts whenever cash is received, even small donations.
• Document all cash transfers into and out of accounts or funds.
• Give receipts to each customer and donor.
• Verify cash deposits and withdrawals independent of the person who actually processed the transaction.

Security of Cash
Physically protect all cash assets, i.e., lock the safe at the end of the day.

Best practices:
• Conduct proper background checks on prospective money handlers.
• Restrict access of cash to as few people as possible.
• Provide combinations, passwords only to authorized personnel.
• Change combinations, passwords annually, or whenever someone leaves.
• Minimize the amount of cash held overnight. Only keep enough to make change.
• Use a buddy system when taking funds from one location to another.
• Count cash in a non-public area.
Audit
Confirm that transactions have been recorded correctly with periodic audits. Always perform monthly reconciliations of cash receipts and bank account statements to provide sound checks and balances.
Best practices:
• Compare receipts to deposit records.
• Record cash receipts when received.
• Count and balance cash receipts daily.
• Perform periodic surprise cash counts.
• Have different people reconcile bank statements to the general ledger every month.
These suggestions are not a cure-all, but they go a long way toward removing the opportunity or temptation to engage in shenanigans. The natural tendency to avoid conflict cannot stand in the way of our duty as people who have been vested with public trust.
________
About the Author: Dr. Patrick Solar is an Assistant Professor for graduate criminal justice degree programs at the University of Wisconsin-Platteville with over 30 years of experience in the field. He also serves on the governing board for the Law Enforcement Accreditation Program (ILEAP), setting the standards for professional law enforcement in Illinois.

I for one think that no government has it in its best interest to be transparent and therefore, whenever possible governments will attempt to avoid situations, where those who act on its behalf are going to have to answer for their actions and be held to account. Joe Gliniewicz was so intent on avoiding responsibility for his actions he staged his suicide to look like a murder. If it was successful, his selfishness would have ruined the lives of those implicated had their alibi not been corroborated by surveillance footage at the establishment they were patronizing during the time of Gliniewicz suicide.

Do you think the Dr. Solar has a viable plan for financial accountability? Share your thoughts in the comments.