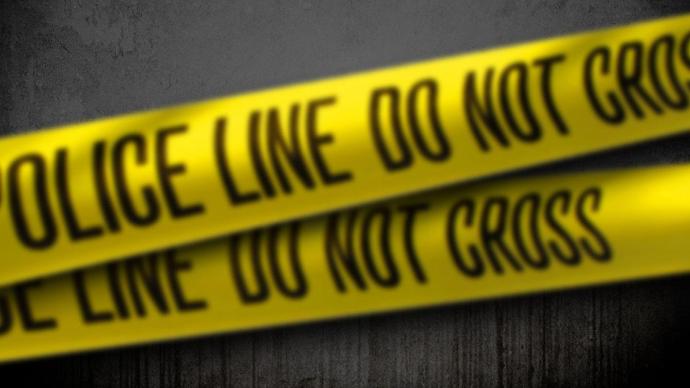 Yesterday I posted an exceptional overview regarding the murder of Jack Yantis by two deputies in Idaho. The story was shared from LibertyFight.com and was written by Martin Hill. Today he emailed me again stating that the names have been released and that the below update was at his site.

This goes to show the power of social media, public pressure and networking with each other to achieve a shared goal. I’d like to thank Mr. Hill for his dedication to this story, in the interest of transparency and justice.

WE DID IT!! THANK YOU! To everyone who read, shared and posted our article naming Jack Yantis’ killers, Sheriff’s Brian Wood and Cody Roland, yesterday morning. We forced his hand, forced federalized DHS Sheriff Zollman, the gun-grabber, to finally ‘spill the beans’ and name the culprits.

This is an amazing and astounding development. Sheriff Ryan Zollman of Adams County, Idaho was forced to finally release the names of two deputies who brutally slaughtered 62 year old rancher Jack Yantis, nearly fifteen hours after Independent news and research website LibertyFight.com published a scathing expose criticizing the sheriff for keeping their names secret. The LibertyFight.com article named Deputies Brian Wood and Cody Roland, as well as publishing their photos, Facebook posts, and other sordid historical details which were provided to LibertyFight by confidential informants who reside in Council, Idaho.

Zollman had angered many local residents who resented the fact that he would not publicly release the two officer’s names. In reality, however, most people in the town knew who the shooters were, since the town is so small and they noticed which two officers were nowhere to be seen for a month.

Zollman made the announcement Monday evening at around 6:45PM Central time, approximately 14 hours after Martin Hill of LibertyFight.com published his detailed expose, ‘BOMBSHELL: Deputy Accused In Jack Yantis Killing Is An FBI-Trained Sniper, Was Previously Sued For Roughing Up 79-Year-Old: TIME TO NAME THE IDAHO SHERIFFS

The article had gone super-viral and was getting thousands of views per hour all day, prompting Zollman to ‘coincidentally’ made the surprise announcement Monday evening.

Hill’s article was first Published and linked at WhatReallyHappened.com at 2:26AM on Monday morning, 11/30/15. [Link here: http://whatreallyhappened.com/content/bombshell-deputy-accused-jack-yantis-killing-fbi-trained-sniper-was-previously-sued-roughing.]

WhatReallyHappened.com, run by researcher and radio host Mike Rivero and his lovely wife Claire, is an independent and extremely highly-trafficked news aggregate website which regularly features Hill’s articles on their front page.

Rivero ‘front-paged’ the article on the site a few hours later. The article sat on the front page of WhatReallyHappened.com between an investmentwatchblog.com article that had been posted at 00:53 and aneverythingfinance article that was posted at 2:36AM early Monday morning.

The article was then published by Robert Wenzel at TargetLiberty.com with the headline Government-Trained SNIPER Kills Rancher About to Put Down His Injured Bull. Wenzel runs Austrian Economic websiteEconomicPolicyJournal.com and generates a great deal of visits among Libertarians. Wenzel regularly features libertarian icons such as Lew Rockwell, Ron Paul, Tom Woods and Walter Block on his podcasts, website and blog.

“Kudos to Martin Hill for breaking open the full story of the murder of rancher Jack Yantis. Hill’s reporting begins: “62-year-old Idaho rancher Jack Yantis was having a peaceful dinner with his family on Sunday, November 1st when the local Sheriff’s dispatcher called to tell him that one of his bulls had been hit by a car and needed to be put down. Soon after he went to assist as requested, Yantis was shot to death on a dark roadside in front of his wife and nephew.” Read the full account, and Hill’s identifying, for the first time, the killers by name, here.”

At around 7Am Monday Morning, Ademo Freeman published Hill’s article at CopBlock.org with the title Are These the Deputies That Killed Jack Yantis? Was One An FBI Sniper? Many Questions Still Unanswered. Freeman prefaced, “The post below was written by By Martin Hill, of LibertyFight.com, and consist of his own research and conclusions. It’s sad that anyone has to speculate who the shooters are or go through such lengths to find information. If you’re unaware of the murder of Jack Yantis click here to read Asa’s post at CopBlock.org about it. In short, Jack was shot by police for unknown reasons when he came to assist them by putting down his own livestock after a car had struck it. – Ademo.”

Rowdy Yantis, who was with Jack Yantis when he was murdered on Sunday November 1, even posted the article on his Facebook page.

The article was also posted at PopularLiberty.com (formerly the DailyPaul), early Monday morning, where it was ranked in the top three of the most popular posts all day long Monday. It also generated a lot of positive comments and ‘thumbs up’ from the libertarian audience, whom advocate the ‘non-aggression’ principle.

In his press release naming Brian Wood and Cody Roland, Sheriff Ryan Zollman ironically parroted the headline of the LibertyFight.com article, saying that “at this time I believe that it is the right thing to do.”

“Out of concern for the safety of the two deputies involved in this incident and the desire for a fair and impartial investigation to be conducted, I have been hesitant to release the names. I still have concerns about threats made against the deputies but, at this time I believe that it is the right thing to do. I sincerely hope that our deputies and their families will be safe and that the citizens here in Adams County and others throughout the country will reserve judgment in this incident until the investigation is finished.”

The Idaho Statesman published Zollman’s statement Monday evening, and the paper also published, for the first time, details of a lawsuit against Sheriff Brian Wood, after Wood was accused of civil rights violations when he roughed up a 79 year old man named Rodney Whaley – nearly 15 hours after LibertyFight.com had broke that story early Monday morning also.

Meanwhile, Deputy Brian Wood has scrapped a lot of stuff from his Facebook page, just as I had predicted. It says “Sorry, this content isn’t available right now. The link you followed may have expired, or the page may only be visible to an audience you’re not in.”

It’s great to see the independent real media GET RESULTS- FORCE THE HAND of the establishment, through pressure. This is one of the greatest days ever for LibertyFight.com, which celebrates its’ 8th ‘birthday’ this month. God bless you all and Glory to God in the Highest.