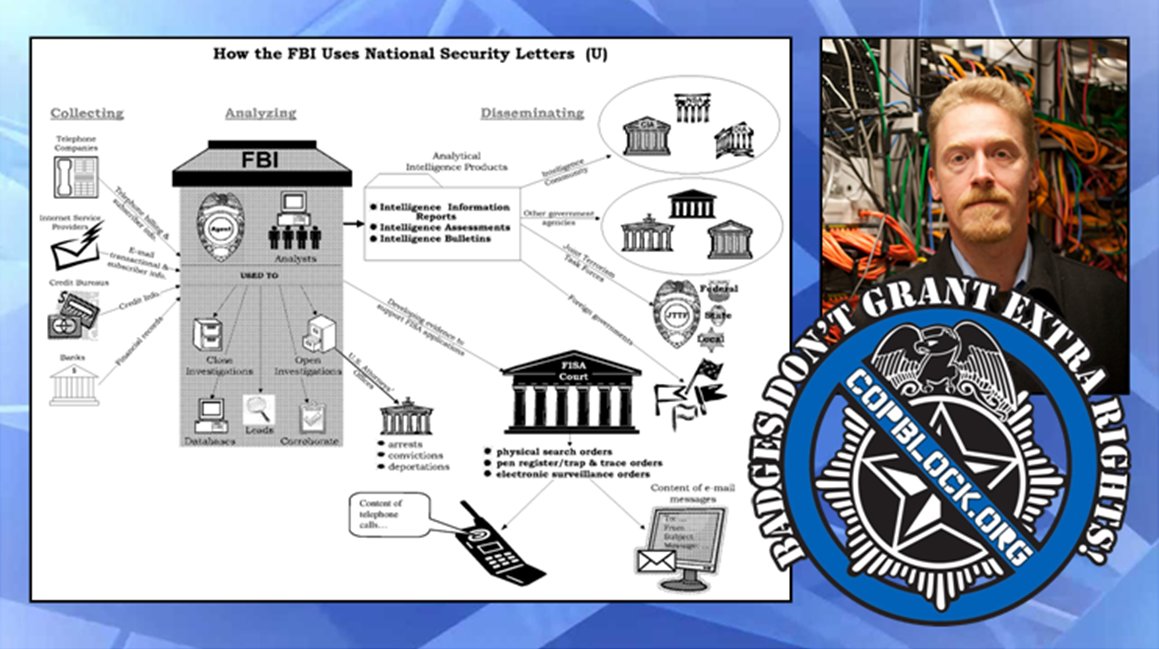 Requiring no approval by a judge, so-called “National Security Letters” are a type of administrative subpoena issued by the federal government for “national security” purposes.

Used since the late 1970s, the use of the Letters was vastly expanded following the authorization of the Patriot Act in 2001, and will continue to be issued in their present form under the newly adopted Freedom Act – which went into effect on Sunday.

The Letters allow the FBI to compel companies and individuals to turn over vast amounts of personal data without a warrant – and are usually accompanied with a gag order that prevents the recipients from even privately acknowledging they have been targeted.

Because of these gag orders, little has been know about the scope of the practice – until now.

According to court documents released on Monday pertaining to an 11-year-old case won against the agency earlier this year by Nicholas Merrill, what the FBI has been collecting under the auspices of the Letters has finally been revealed.

The filings show the FBI uses its authority to force companies and individuals to turn over their complete web browsing history, the IP addresses of everyone they have corresponded with, online purchase information, and also cell-site location information that can be used to turn a person’s phone into a “location tracking device.”

According to an additional release, the FBI can also force the disclosure of postal addresses, email addresses, and “any other information which [is] considered to be an electronic communication transactional record.”

In a 2007 article published anonymously by the Washington Post, Merrill said:

Living under the gag order has been stressful and surreal. Under the threat of criminal prosecution, I must hide all aspects of my involvement in the case – including the mere fact that I received an NSL – from my colleagues, my family and my friends. When I meet with my attorneys I cannot tell my girlfriend where I am going or where I have been. I hide any papers related to the case in a place where she will not look. When clients and friends ask me whether I am the one challenging the constitutionality of the NSL statute, I have no choice but to look them in the eye and lie.

I resent being conscripted as a secret informer for the government and being made to mislead those who are close to me, especially because I have doubts about the legitimacy of the underlying investigation.

When lifting the gag order on Merrill, Judge Marrero maintained that such a practice “implicates serious issues, both with respect to the First Amendment and accountability of the government to the people.”

Over ten thousand National Security Letters are issued by the FBI each year without a warrant or judicial oversight, which has led to their constitutionality repeatedly being challenged. They were ruled to be unconstitutional as an infringement of free speech in the 2004 Doe v. Gonzales case.

That decision was later vacated in 2008 however, by the Second Circuit Court of Appeals after it held the USA Patriot Improvement and Reauthorization Act gave recipients the right to challenge the gag orders in federal court.

In March 2013, a Federal District Court Judge in San Francisco struck down the law, writing that the prohibition on disclosure of receipt of a Letter made the entire statute “impermissibly overbroad under the First Amendment” – but on August 24, 2015, the Ninth Circuit Court of Appeals vacated that decision as well and sent the case back to the district for further proceedings.

“The FBI has interpreted its National Security Letter authority to encompass the websites we read, the web searches we conduct, the people we contact, and the places we go,” Merril said. “This kind of data reveals the most intimate details of our lives, including our political activities, religious affiliations, private relationships, and even our private thoughts and beliefs.”