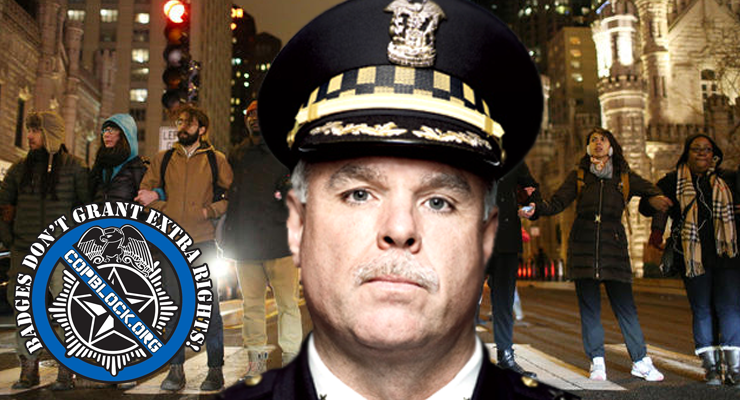 When only days ago Mayor Emanuel praised McCarthy for coming up in the ranks and knowing how to run a large police force, “a leader with Garry’s depth of experience and a track record for delivering results.” – Mayor Emanuel

How quickly the tide has turned after police released video they withheld all while vowing transparency to the public. Now Mayor Emanuel is singing a different tune, but as always I’m sure there is more to the story.

According to Yahoo reports:

Protesters have been calling for McCarthy’s dismissal in response to the handling of the death of Laquan McDonald, a 17-year-old who was killed in October 2014.

Some aldermen, particularly members of the city council’s black caucus, have also been seeking McCarthy’s resignation, citing the city’s crime rate and questions about the department transparency.

The city released video of the shooting only after a judge ordered it to be made public. The release set off several days of largely peaceful protests. Officer Jason Van Dyke has been charged with first-degree murder.

“Any case of excessive force or abuse of authority undermines the entire force and the trust we must build with every community in the city,” the mayor said. Police officers are only effective “if they are trusted by all Chicagoans, whoever they are and wherever they live in the city.”

What do you think?
Is this the result of the demand of protesters? Do protests affect change? Is this the tipping point that will finally bring about a change in policing?