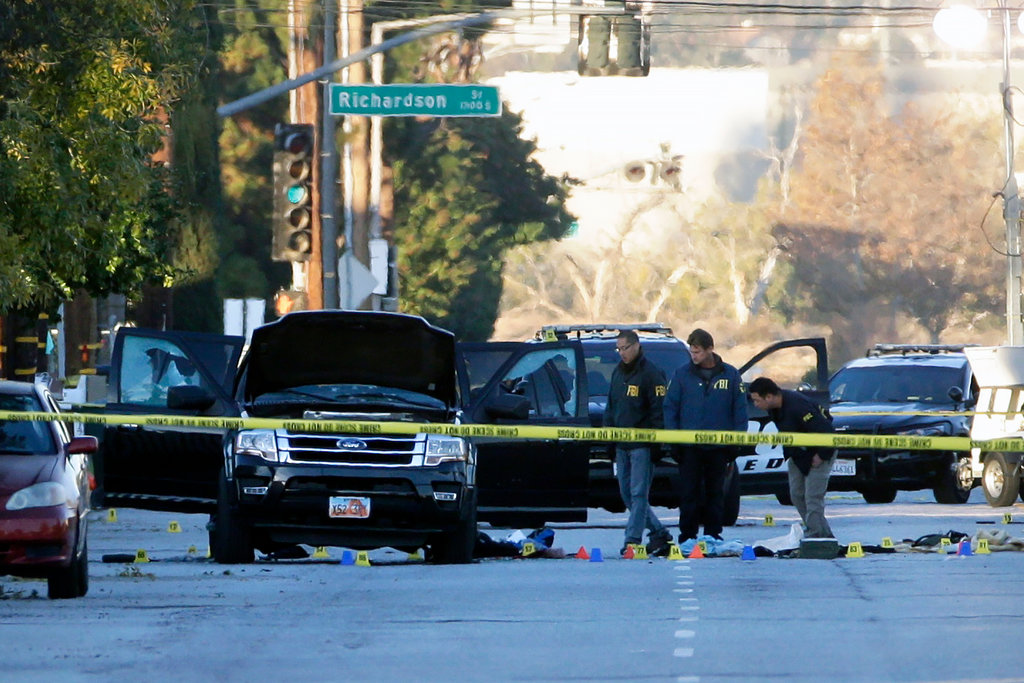 San Bernardino was placed under a state of martial law Wednesday as SWAT teams, the ATF and FBI, as well as, nine other agencies were mobilized in response to an active shooter at the Inland Regional Center earlier that day. Fourteen people are dead and another 17 were injured, as a result of those mass shootings.

Impressively enough, 12 different local, state, and federal agencies were mobilized in an hour and half, an effort that included over 1000 people. Half of them were armed. When everything was said and done, there were five SWAT teams, three helicopters, 300 vehicles, as well as three mobile command centers and 10 MRAPS. Bomb squads with bomb-defusal robots were also deployed.

The speed at which all of these agencies organized is amazing on its own and alludes to prior preparation. Police had an armed response on scene within four minutes of the first emergency call and transported the first casualties in under nine minutes. That in itself is amazing considering the average response time for police is ten minutes; an eternity when you are in danger or need help. Remember, when seconds count the police are only ten minutes away.

In general, government doesn’t have a great track record when it comes to efficiency and that is why I’m surprised that 12 different agencies were able to organize, set up and deploy in less that two hours. The Inland Regional Center in San Bernardino – also stages “active shooter” drills that feature armed response teams… every month. This was revealed by Dorothy Vong one of the nurses on duty in an interview with the LA Times. Vong texted her husband “Drill started” around 11am. Followed by the messages “Well it’s real” and “We’re locked in an office”.

Is this evidence that this was just another drill gone live?

For hours the city of San Bernardino was in a state of martial law. Courts and schools were closed. Authorities ordered everyone to barricade in place. Government agents went house to house searching for the gunmen.

Hours after the initial shooting with no positive leads the police track down an SUV, Syed Rizwan Farook and Tashfeen Malik, two of the three suspects were killed in a gunfight with police. The 3rd suspect escaped on foot. Their motive was unknown but it is believed that these are not the actions of disgruntled employees. “Terrorism” has been thrown around a lot since the shooters were identified as Muslims. If this narrative gains popularity, it might lead to a call for boots on the ground in opposition of the Islamic State and act as the key to the front door of Syria.

The suspects were masked so it was impossible to positively ID them as the people driving the SUV, raising questions that police may have killed the wrong people. The gun battle was conveniently staged in front of television cameras putting the entire military arsenal deployed by the police on display for a national audience.

Another interesting fact about yesterdays shooting is that emergency drills for the same scenario were underway just days before at the Victor Valley College and similar drills were being conducted in San Bernardino when the shooting started. This is not the first time that training for an incident was being conducted at the same time that the incident happened in real life.

In Paris emergency crews were in the middle of a simulated emergency response when a terrorist attack broke out.

On 9/11 there was a multi agency drill called “Global Guardian” was underway by NORAD. This training operation simulated planes crashing into the WTC. Ironically, that’s exactly what happened.

President Obama who appeared on CBS just moments after he received the news immediately called for more gun restrictions including “common sense gun safety laws” and urged lawmakers to pass a law to prevent individuals on the “No Fly List” who are barred from boarding commercial flights from legally purchasing firearms. He skipped over the facts that California has some of the most restrictive firearm laws in the country, including mandatory registration of 50 cal. BMG rifles any semi automatic rifle classified as an “assault weapon”. Mandatory waiting periods, restrictions on magazines with a capacity of more than 10 rounds and requiring all firearms be purchased through a licensed dealer round off some of the more stringent of the laws. The states laws have been challenged for their constitutionality. U.S. Supreme Court decisions of Heller (2008) and McDonald (2010) established that the Second Amendment applies to all states within the Union, many of California’s gun laws are now being challenged in federal court.

In the emptiest of gestures President Obama has ordered that the flags at the White House and other government buildings be flown at half mast through Monday.