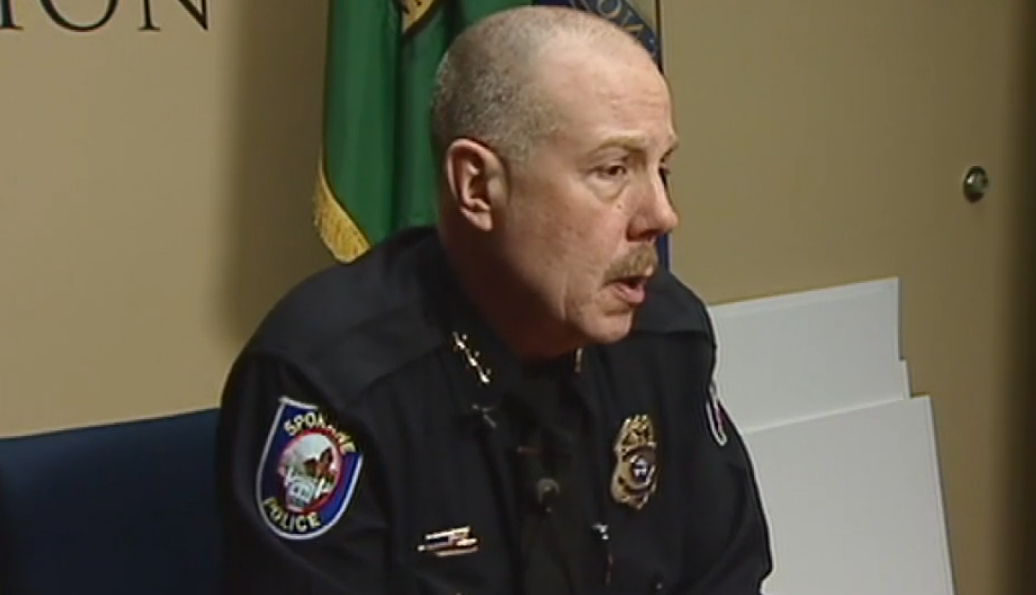 Former Spokane, Washington Police Chief Frank Straub resigned amid scandal in September, yet three months later he remains on the payroll. In fact Chief Straub, who was accused by coworkers of intimidation, personal attacks, and threats, is currently the highest payed employee in the City of Spokane, in spite of supposedly having quit.

Furthermore, when questioned, city officials have come up with a continually changing explanation of why Straub is still on the payroll and what exactly he’s getting paid $179,484 per year (plus benefits) to do.

Per the local CBS affiliate in Spokane, KREM2: Initially, city officials said Straub would be working Monday through Friday reporting to city attorney Nancy Isserlis. A press release said, “Mayor David Condon accepted Straub’s resignation today and reassigned him to work on criminal justice initiatives and assist in the transition to the new chief.”

Later, city leaders said Straub was working on an “on call basis” and was assigned to work on a city grant.

KREM 2 News asked the city for evidence of the work Straub had done since being reassigned on Tuesday. We were told he is not working on the city grant and is instead doing law enforcement and criminal justice related work. City officials said Straub is working on research for the police department to help with the transition and keep projects in place after he leaves.

Meanwhile, the Spokane City Council has had to fight tooth and nail to get Mayor David Condon to address the complaints that resulted in Chief Straub’s resignation. They recently had a unanimous vote to send Condon a official letter demanding answers in regards to his inaction in the “investigation” of those accusations. As a result, the mayor announced he would be appointing Michael Hogan, a retired judge, to conduct an inquiry into the matter.