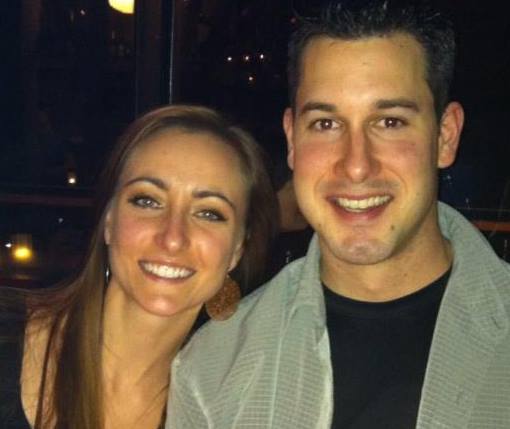 **This is another update from LibertyFight.com by Martin Hill regarding the officer involved shooting death of Jack Yantis.**

On Monday November 30th, I broke the story identifying the two Adams County, Idaho Sheriffs who killed rancher Jack Yantis on Nov. 1st. The cops and the corporate media had refused to identify the two Sheriffs for a month, so I published it myself with the help of some people who live in Council Idaho and gave me the details. The Sheriff’s names were Brian Wood and Cody Roland. My article went super-viral and thirteen hours after I published the story, late Monday night, Sheriff Ryan Zollman released their names officially.

See the following two articles for a recap:

Just when I thought this story couldn’t get any crazier, the wife of Deputy Brian Wood, one of two Sheriffs who killed Jack Yantis on November 1st, posted a message on Facebook explaining her perspective of her husband’s controversial exchange with a 79 year old man (video below) a few years ago, in which the department Wood worked for at the time, McCall, Idaho PD, paid out $14,500 to 79-year old Rodney “Tom” Whaley.

MacKenzie Wood also posted the video of the exchange between her husband and Whaley, which was released by the news media the evening after I broke the story.

After setting the record straight about the 79-year-old troublemaker, in which her husband showed “grace and patience” with the oldster, she ends with her thoughts on the Yantis killing: “As such, I greatly look forward to the conclusion of the investigation and the truth about the November 1st gunfight becoming public.” (smile emoticon added.)

She added “Brian and Cody perpetually put their own safety at risk to be the kind of officer you would want to arrive on scene if you needed help. EVERY DAY you hear about the random shooting of an officer at something as simple as a traffic stop, and EVERY DAY they go to work knowing they could be next, but they go anyway. They certainly don’t do it for the money. They do it because they have a HEART for the people they serve! I am very proud of both of these men!”

I’ll say one thing, this broad truly gives new meaning to the term “stand by your man.”

A newspaper article appeared Tuesday in which Brian Wood’s father basically said that his son believes he did the right thing.

The scary thing is that these people are sincere, they actually seem to believe everything they’re saying. They think that killing Jack Yantis was the necessary thing to do. EDITOR’S NOTE by Ademo: Of course the wife of the cop is going to support his actions. While she speaks of knowing the truth, fact is, she doesn’t know it. Nobody does and that’s why there’s public outcry. Even if she’s close to one of the cops she only knows that side. That side, I’m sure, goes something like, “I was in fear of my life and had to do what I had to do. I didn’t want to shoot him but I was scared for my life.” It’s the only thing cops can say when they kill someone, whether it’s the truth or not.

It’s still unclear if there is or is not footage of this ‘gunfight’ but if there is it will be what provides the truth. And before the trolls say I don’t know the truth either, duh. Yet, what I do know is that when the police withhold information (remember we didn’t know these guys names until Monday and still don’t know if there’s video or audio) that it’s most likely not in the officer’s favor. Most recent example, the death of 17 year old McDonald in Chicago.

I would say that I think her tune could change with proof but by the rest of her Facebook post I doubt that’s possible. She’s the perfect example of a CopSucker and her statements about police being randomly shot at everyday (which is ONE word) they go to work is ridiculous. Furthermore, they do it for the money, that’s why everyone goes to work, if they don’t come home it will most likely be their own faults. How do I know? Well according to the Officer’s Down website, Idaho has had 61 officers die this year out of approximately 3,000 officers (not including Federal agents). Gunfire is the highest killer but it doesn’t break it down to officer training, cleaning of weapons or pure accidents. Even still that’s just half of the 61 dead cops. The rest are made up of things that fall heavily onto the officer’s actions themselves. Traffic accidents, aircraft accident and stuck by train are the top three. Most of those can be reduced if police just calmed the fuck down. Basically, I’m saying the job just isn’t as dangerous as you’d like to believe sweetie, especially in Idaho.

Lastly, she claimed that cops were being killed over something as simple as traffic stops. You must be mistaken again girl. Cops are the ones killing people for “simple” (her term) traffic stops. From Walker to Dubose 100’s of people have been killed by police over minor traffic violations. Heck, your husband even shot a man who was trying to help ease the suffering of his own livestock – that seemed to be a pretty simple thing too. I hope MacKenzie spares us the usual CopSucker lingo and we can get right to the point. Let’s hear what Brian and Cody have to say. Let’s see the video (if there is one) and have a transparent investigation, instead of this Cops and Copsuckers investigate killer cops. After all, you called for truth not drama but what you posted was just drama not truth…. and that’s the truth.