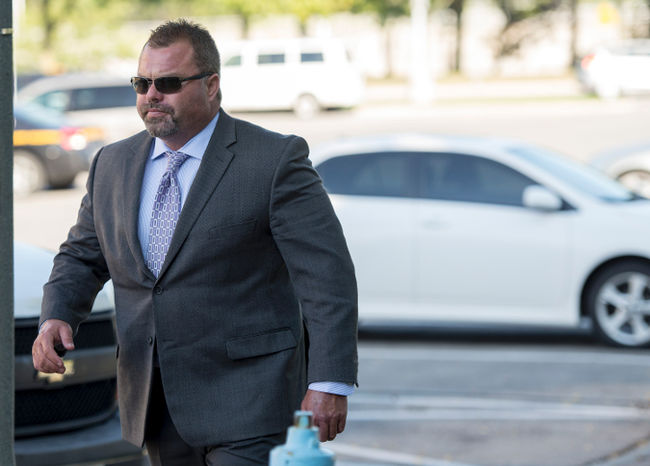 Scott Heron, a 42 year old Niagara Regional Police officer has been convicted for his part in a large-scale cheese smuggling operation. Heron had a total of six charges, three of which related to the Customs Act, and three breach of trust charges that relate to his duties as a police officer. After all was said and done, Justice James Ramsay found Heron guilty on all three of the charges laid under the Customs Act, but only one breach of trust charge. He also was charged with customs violations for unlawful possession of imported good.

Scott Heron evaded $325,729 in duties and taxes while participating in a large scale cheese smuggling operation. Police say Heron intended to distribute the cheese, valued at over $200,000, to local restaurants. Why would anyone smuggle cheese? For starters people will smuggle anything if there is money in it but it’s mainly attributed to the fact that cheese is a third of the price in the US than it is Canada and officers were making around two thousand dollars a trip bringing it across the border and selling it to local restaurants.

The “Mozzarella Mafia” was uncovered after Niagara Regional police officer Geoff Purdie were discovered trafficking in steroids and performance enhancing drugs. Purdie was arrested by Homeland Security in Buffalo, NY. He was convicted of conspiracy to smuggle steroids and lost his job in 2013.

Officer Heron would phone in an order for cheese and chicken wings, then Purdie would pick it up and drive it across the border. He brought his wife and daughter with him on separate occasions. At the time of his arrest the police say they found $200,000 worth of cheese with an estimated profit of $165,000. Scott Heron was literally in possession of a 3rd of a million dollars worth of cheese. That’s a lot of cheddar.

The black market for cheap American cheese exists due to the restrictions placed by the country’s dairy board and tight regulation on the import of US cheese. An article in the Vancouver Observer last year observed that “a 300-gram block of old cheddar was (in Canadian dollars): $3.58 in Washington, $4.85 in London, and $6.99 in Montreal”.

It’s mildly ironic that they were smuggling cheese, as the prosecutions case was built on the foundation of the testimony of Geoff Purdie, another former NRP officer who was convicted of smuggling steroids from the US into Canada. As part of Purdie’s plea deal he agreed to rat out Heron, exposing his involvement in the smuggling ring.

Multiple pizzaria owners admit to being approached in regards to purchasing the illegal cheese.

Mario Sebastiano, owner of Super Mario’s Pizza in Port Colborne, told CBC News he was approached two years ago by a Fort Erie man offering to supply numerous cases of contraband U.S. cheese. The Fort Erie man, along with some police officers, are now at the centre of the cheese smuggling probe.

“He was gonna sell me a case for 150 bucks — normally it’s $240,” Sebastiano said. “He can supply whatever I want. If I want five to six cases a week, he’d give me five to six cases because he can bring it to this side here, no problem.”

He said he turned it down, because it was illegal — and the contraband cheese was inferior.

Also among the numerous pizza shop owners questioned were the staff at Volcano Pizzeria in Fonthill.

“Cops came in here a couple of times asking questions about it,” Brandon Elms told CBC News. “We get all our stuff legit. We thought it was a joke at first. Who is going to go around trying to sell smuggled cheese?

Albert Zappitelli who runs Zappis, a popular Niagara Falls pizzeria, says higher Canadian cheese prices, due to restrictions by the Canadian Dairy Board, and strict controls on cheaper U.S. imports, are driving an underground economy.

“On a monthly basis we are approached by someone who wants to bring American cheese over the border and sell it to us,” said Zappitelli. “What would their penalty be being caught at the bridge with six cases of cheese? It’s not like they’re going to put you in handcuffs and take you away.”

Albert is correct. Prohibition fueled an underground market for liquor and in turn lined the pockets of the cops who made it easier for it to be smuggled and distributed. Similarly, a prohibition on cheese, regardless of the quality, will fuel an underground market for cheese and is lining the pockets of the cops who use their position and authority in order to make it easier to be smuggled in and distributed.

The Niagara Regional Police Association won’t discuss the allegations against the officers, but confirms a number of its members have been formally notified they are under internal investigation.

Niagara Regional Police Chief Jeff McGuire said the involvement of an officer in criminal activity violates their sworn oath and tarnishes the reputation of the service.

“The facts upon which Scott Heron was convicted are disturbing and are not reflective of the men and women who work in accordance with their oath every single day,” the release said. “The Niagara Regional Police Service is committed to restoring the trust of the public which has been defamed by the actions of a few.”

I don’t think smuggling makes Officer Heron a bad guy. In fact I’m not even a little but upset about his cheese operation. I do believe that Scott Heron is a hypocrite and untrustworthy. These traits don’t just make him a bad cop, they make him a bad person. He used his position as an officer of the law in order to gain immense personal profit. He treated his employment as police officer like an all access pass in order to operate without question on both sides of the border. After all, no one would suspect a cop of being a smuggler.