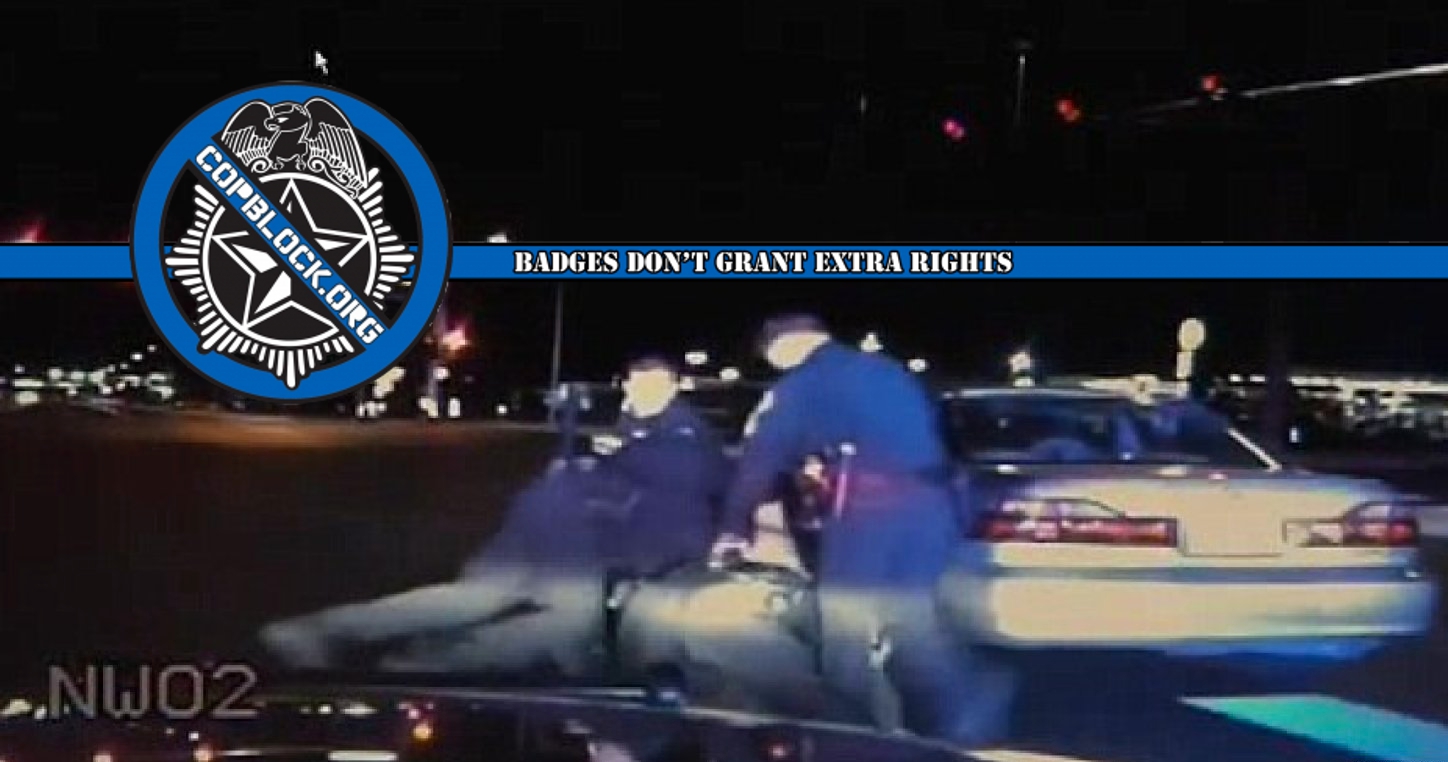 Via NVCopBlock.org: I recently received a link to this story via the submission page along with the statement “this was a big story, surprised you don’t have it on your site.”

I very much agree that it should be included and am taking this opportunity to rectify that discrepancy by posting the submission along with a few updates.

This story, along with it’s eventual “resolution,” is actually very indicative of the lack of accountability within police departments in the Las Vegas area:

“A Nevada city will pay a diabetic man $158,500 (it actually totals close to $300k once the state settlements are factored in) after police beat him while he was in diabetic shock, thinking he was a drunken driver…

The incident was caught by the dash cam of a Nevada Highway Patrol trooper present during the incident, which began as a chase in the early morning hours of Oct. 29, 2010. Police suspected the man was driving drunk…The video showed that once the car was pulled over, police officers swarmed the driver and began kicking him.

An officer seen in the video kicking the diabetic motorist is Sgt. Brett Seekatz, who has been with the Henderson Police Department since August 2002, ABC 13 reported. Officials wouldn’t specify how or if Seekatz was disciplined over the incident, saying the information is a personnel matter and will not be released. He remains a member of the Henderson Police Department.”

Once the video surfaced, the people in the community were understandably outraged by the obviously unnecessary nature of the beating inflicted on a visibly restrained man. Clark County District Attorney Steve Wolfson saw it differently, though. In his initial review of the case, he came to the conclusion that it wouldn’t be “in the community’s best interest” to punish Sgt. Seekatz (who has a history of complaints being filed against him predating this case) or any of the other officers because two years had passed since the incident happened.

Not surprisingly, that assessment was met with outrage by the community prompting Wolfson to take yet another look at the case and try to come up with a better sounding rationalization for not punishing Seekatz. Unfortunately, he didn’t do a very good job in that effort. Once again, Wolfson chose not to hold anyone accountable for their actions that day, essentially stating that Henderson police are trained to kick people in the head while making arrests and therefore they couldn’t be punished for doing so.

Not exactly the sort of thing that makes you feel real confident that you won’t become yet another victim of the police departments in and around Las Vegas, but honestly not something that is a shock to anyone that has dealt with them before. Knowing that you won’t get punished for abusing and even killing someone, tends to embolden those in positions of authority over others to abuse that authority. Including it in their training, tends to make those abuses inevitable.

And if you’re a taxpaying resident of Clark County, NV., that $6,514,918 that the LVMPD alone has payed out to its victims since 2009 , including almost $2 million already in 2012 (amounts via the Clark County Criminal Cops site), is coming straight out of your paycheck.