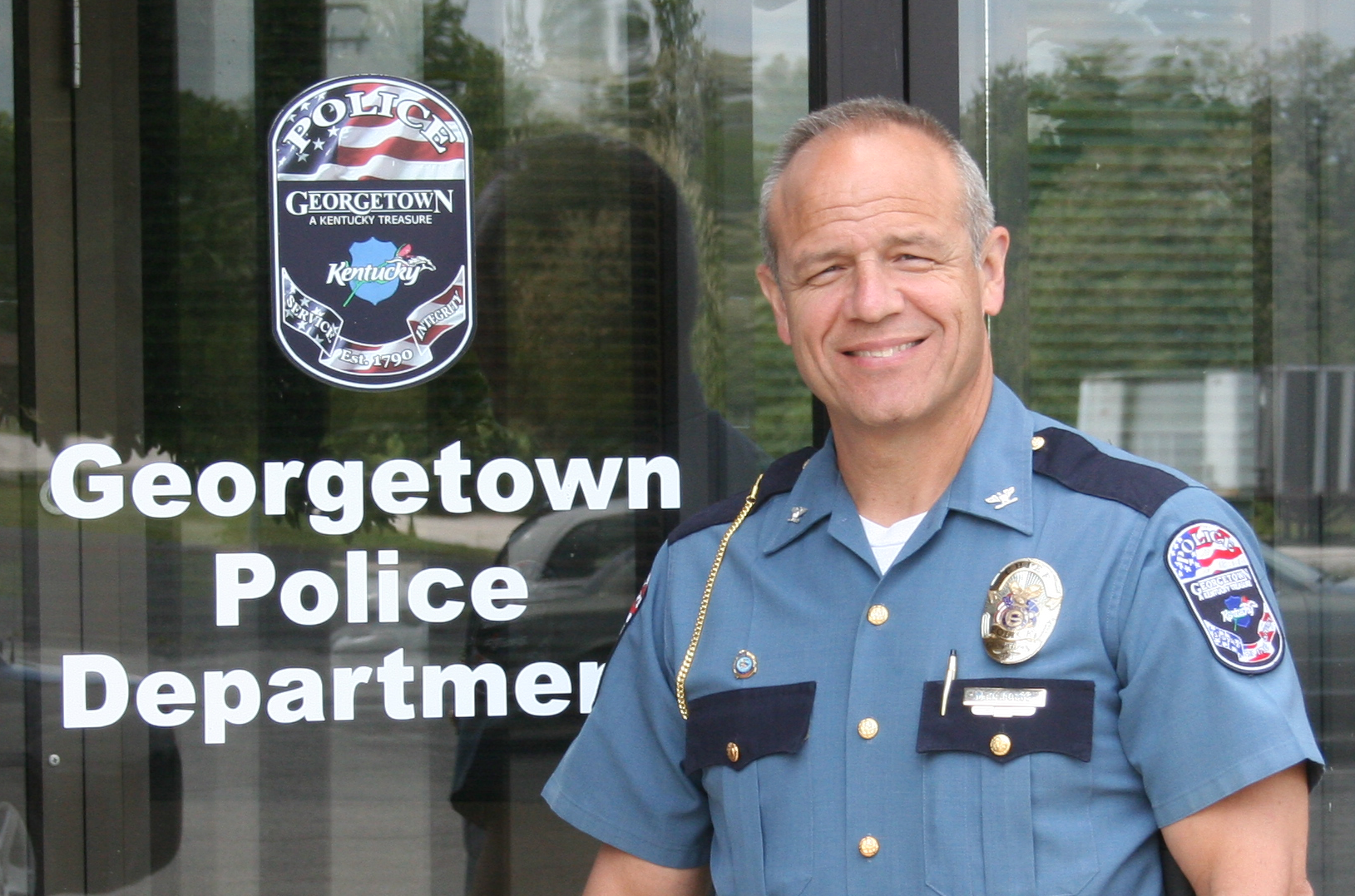 Late last week I got an email from Jeffery Tudor who said he was pulled over, ticketed and taken to jail for giving a Georgetown (KY) Police Officer the middle finger. Tudor, 47, stated that when he drove by two Georgetown Police Officers that were clogging traffic flow he gave them the finger out the window.  Next thing he knew he was being pulled over by one of the GPD officer, Brandon White.

Upon being pulled over Tudor began to inquire as to the reasoning for the stop. Feeling that the office had no legally articulable reason for the traffic stop. The officer failed to answer the question and the two went back and forth. Tudor was asked to step out of his vehicle by White and he initially declined. Finally Tudor did exit the vehicle and upon doing so what arrested and charged with “disorderly conduct and menacing.” In White’s report he tells a similar tale but seems to over exaggerate the  actions of Tudor. White explains that he was providing backup to another officer when he witnessed Tudor flip off that cop. Instead of letting it go and focusing on backing up his colleague White jumped in his cruiser and initiated a traffic stop. Yet, White doesn’t mention what the stop was for or why he had pulled over Tudor in his report. White merely states that he activated his lights and that Tudor then became irate, leading to his arrest.

It seems pretty clear to everyone, but those involved with prosecuting the case, that Tudor was illegally stopped because flipping off a cop is not a crime. We’ve noted this WAY TOO MANY TIMES HERE AT COPBLOCK.ORG and still police officers get butt hurt over this.

Tudor called me because he heads to court on Wednesday and he feels his word is worthless to those with badges. He knows he’s being punished for protected free speech and he’d like some support. Today I called the Georgetown Police Department but no one was available to speak to me. I left a message for a Luentient and will update this post if they return my call. I also called the County Prosecutor – Glen Williams – but he too was unavailable for comment.

(UPDATE: just before finishing this post I was contacted by a Lieutenant of the GPD, who knew of CopBlock and refused to comment based on my ‘affiliation.’ He hung up on me.)

If you’d like to contact the Georgetown, KY police department and prosecutor’s officer please do so at the contact information below. Let them know that even flipping off a cop is not a crime. Demand that they retrain Officer White, provide compensation to Mr. Tudor and refrain from such actions in the future.