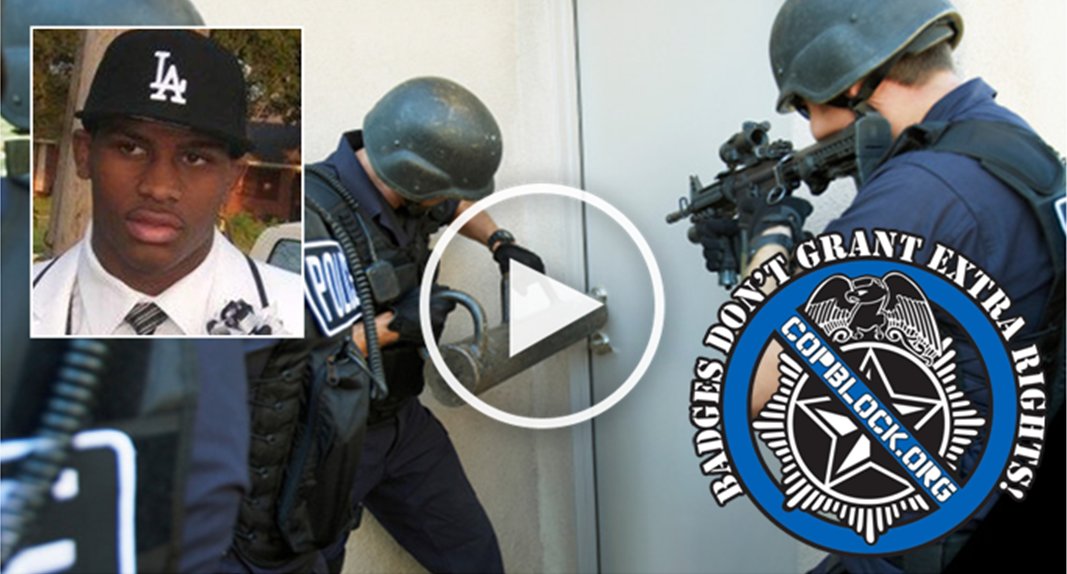 The city of New Orleans has agreed to pay $250,000 to settle a civil rights lawsuit filed by the mother of an unarmed man killed during a police drug raid in Gentilly back in 2012.

On March 7 of that year, New Orleans and Jefferson Parish police broke down the door of the family of Wendell Allen with a battering ram after they observed what they believed to be several hand to hand drug sales at the home and obtained a warrant.

Police said they knocked but received no answer and stormed the Prentiss Street residence as some officers poured into the lower floor and others took to the staircase. Three adults and children ranging from one to 14-years-old were inside.

Twenty-year-old Wendell Allen heard the intruders, left his bedroom, and appeared at the top of the stairs. That’s where officer Joshua Colclough, who was ascending the staircase, saw him and fired a single shot, fatally striking him in the chest.

Body-cam footage released from the incident does not clearly show what occurred but Colclough maintained that the unarmed Allen had made motions with his hand that suggested he had a weapon. He can be heard on the footage screaming during his final moments.

Police said they found “digital scales, packing materials and 138 grams of marijuana” inside the home allegedly belonging to Allen’s brother David and his friend Brandon Boles. The dangerous plant material was finally off the streets.

The Wendell family filed a federal lawsuit against the city in March 2013 accusing the New Orleans police department of various civil rights violations in connection with the raid and sought a variety of damages associated with the wrongful death of their loved one.

The claims in the suit were later supported by an Independent Police Monitor report that found no evidence that police announced themselves before kicking in the front door of the house filled with children, but a summary judgment made by U.S. District Judge Jay Zaineyin last month dismissed all of the federal claims against the city.

Zaineyin maintained that the plaintiffs had failed to demonstrate “the necessary causal link between systemic problems in NOPD and the mistaken use of deadly force against Wendell Allen.”

This resulted in a much smaller settlement than what the family was originally asking for as the only remaining claims that could be pursued were against Colclough and the city on state grounds.

New Orleans officials revealed late last week that they agreed to settle the suit and pay $250,000 over the next two years in a structured settlement to Allen’s mother, Natasha, finally bringing some closure to the grief stricken parent.

In August 2013, Officer Colclough pleaded guilty to manslaughter in the case and was sentenced to four years in prison. His earliest possible release date is May 13, 2016.

The 6-foot-3 Allen has been described as a basketball star by his family who say he averaged 21 points per game for Frederick Douglass High School and landed a spot on The Times-Picayune’s All-Metro team for small schools in 2010.

The incident serves as an enraging reminder of the true face of the war on drugs. Wendell Allen will never speak to his family again because of a plant.