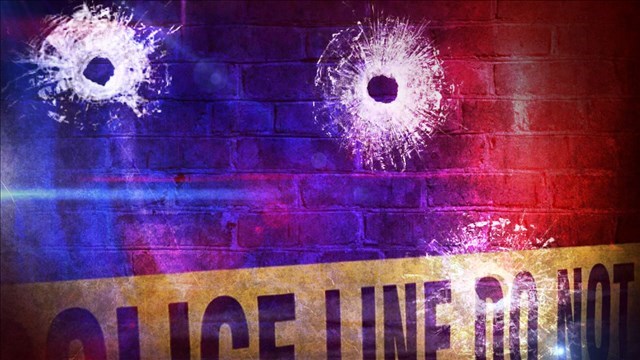 The police shot and killed Michael L. Funk on December 7th, 2015 when he escaped a hostage situation during an attempted robbery at Eagle Nation Cycles in Neenah, Wisconsin. Many questions remain as to why Funk was shot by police but we know this much according to The Northwestern:

Funk, also known as ML, was a regular at Eagle Nation Cycles, 206 Main St. Erato said Funk was at the shop Saturday morning when a gunman armed with a MAC-10 entered the business and demanded back his motorcycle, which had been sold to another man and was at the shop for work.

Erato was in the basement of the building when the gunman entered. He came upstairs when he heard a commotion. Funk saw him and secretly motioned for him to go back downstairs. Shortly before 9 a.m., Erato heard a gunshot from upstairs and called police to report “an active shooter in the building.

Erato told police that the gunman was holding Funk and one or two others as hostages in the shop and that he (Erato) was holed up in the basement. Erato kept in contact with a police dispatcher during much of the ordeal.

Neenah police said in a statement that they received information about 9:20 a.m. that the hostages “were in immediate danger of being killed.”

Police tried to enter the building to rescue the hostages but were met with gunfire and retreated, the statement said. One officer was shot by someone inside the building. He was hit in his helmet and required medical attention but was not seriously injured.

A short time later, police said a man armed with a gun left the building. They have not identified that man.

“This subject did not comply with officers’ instructions to drop the firearm and was subsequently shot at by one or more officers on scene,” the police statement said. “We do not know if he was also shot at by the subject inside the business.”

Nevertheless, this should be a lesson to all those CopSuckers out there who claim the police will protect them. Funk needed the police and not only did they fail to provide protection but they shot him dead. On top of that the police then claimed he had a gun, refused commands to drop it and MIGHT have been shot by the Brian Flatoff (the man who brought the gun into the shop). If Funk did have a gun why didn’t he use it on the man trying to rob, or harm, him? If he was shot, why didn’t the police notice this prior to shooting him?

Meanwhile, Eagle Nation Cycle has surveillance systems that could provide answers to these questions but the police have confiscated them for their investigation. Usually when police take video footage and fail to produce it to the public it’s because they’re hiding something. That’s going to be a major tasks this time because the authorities, including his probation officer, were notified that Flatoff [the shooter] was making threats against one of the hostages at the store. That’s according to Cole White, the attorney for Funk, who said:

The gunman who was arrested [Flatoff] had made previous threats against the man who bought his motorcycle, White said. Those threats were reported to authorities, including the gunman’s probation officer, he said.

“Had somebody been able to act on that information sooner, none of this would have happened yesterday,” White said.

White isn’t the attorney for the Funk Family though I’m sure there’s a wrongful death lawsuit in the future. White is the attorney for a group of defendants from the Eagle Nation Cycle shop that’s suing the police for 50 Million dollars stemming from a 2012 raid on the property. The lawsuit claims that police made up, or overreacted to an alleged, drug sale outside of the shop. This claim by police resulted in a raid and charges against the owner, and Funk’s longtime friend, Steven Erato. According to another post by The Northwestern:

According to the lawsuit, officers with the Lake Winnebago Area Metropolitan Enforcement Group reported seeing a heroin deal occur in an alley behind Eagle Nation Cycles on Sept. 20, 2012. Officers obtained a search warrant, asserting the business was part of a drug manufacturing and distribution operation.

The warrant was signed by Woldt and executed the next day. Police said they found 0.9 grams of marijuana in one of the offices of Eagle Nation Cycles and prescription drugs and drug paraphernalia in two of the residences in the building.

The raid resulted in 15 felony charges against Erato, the owner of Eagle Nation Cycles: one count of maintaining a drug trafficking place, six counts of being a felon in possession of a firearm and eight counts of bail jumping. Erato was convicted of misdemeanor possession of marijuana; all other charges were dismissed.

“They threw everything but the kitchen sink at him, and it turned out to be nothing,” said Erato’s attorney, Cole White of Green Bay.

The lawsuit claims the raid was done to force Erato out of business.

“Eagle Nation Cycles is located on a prime piece of property located in a developmental district of downtown,” the lawsuit says. “Finding a large cache of drugs would have resulted in an easy acquisition of property by the city.”

Even the discovery of the marijuana is questioned. “Suspiciously, the video recording in that office cuts out following the police entry into the room and then resumes only after the alleged discovery,” the lawsuit says.

Can you imagine what it’s like to live in Neenah, WI? First, the police act like some Gestapo thugs and try to steal your property by cloaking their bullshit raid in drug activity (which is just another reason to end the failed war on drugs). Second, after the police try to take your property, hamper your business and charge you with 16 felonies, you have to call them to save you. Knowing that they want nothing more than to kick you out of your building and take your property. Then, to add insult to injury, when the police show up they merely back off and end up killing your best friend instead. It’s horrific, pathetic and heartbreaking all at the same time.

The City officials of Neenah should be ashamed of themselves. The police should release the footage of the shooting and immediate disband their agency. Yet, we know that won’t happen because it never happens. Even when it’s obvious that the public officials are either conspiring against you or simply unable to provide the services they claim to provide.

What do you think? Is this some shady small city politics or a reflection of a larger picture of state inefficiency?