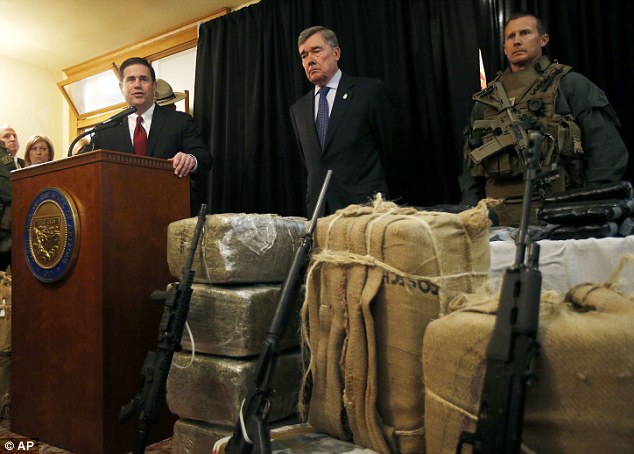 The complaint says Pimentel was driving a rental car and identified himself as a Border Patrol agent when he was pulled over.

He consented to a search that resulted in the seizure of about 50 bundles of cocaine weighing 2 pounds each, the complaint states. The bundles were in four black suitcases.

The document says Pimentel initially told a state trooper the drugs weren’t his, but later said he was going to be paid $50,000 to transport them to Chicago. Pimentel has been charged with possession with intent to distribute. He remains detained in Arizona.

Fortunately, U.S. Customs and Border Protection Commissioner Gil Kerlikowske assured everyone during a news conference to announce Pimental’s arrest that not all Border Patrol agents are corrupt. In addition, he announced that once Pimental is found guilty (or cops a plea) that his shiny badge will be destroyed. Presumably, this will involve some sort of ritualistic ceremony to ensure no future Border Patrol agent becomes possessed by its evil spirits and loads a shit-ton of coke into a car headed for the Midwest, as a result.